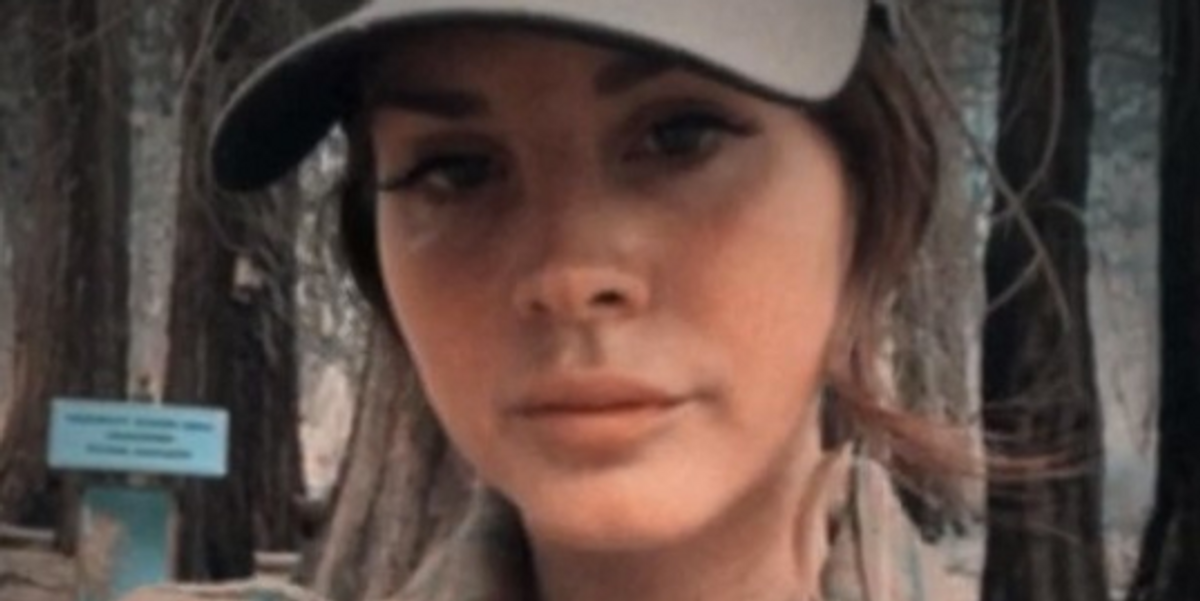 The drive home from Coachella is a time for contemplation, for silent reflection, and occasionally for outlet shopping, as you prepare your shattered mind and body for re-integration into polite society. As you think back on three days of amazing music, the thousands of bodies you came in casual contact with, your sandal-blisters, and your over-drafted endorphin levels, you drink copious amounts of Gatorade in the hopes that electrolytes will make you feel less like a tired old desert hag by the time you have to clock in on Monday morning.

Bummer goddess Lana del Rey was also feeling those post-Coachella blues on the long drive home, as she considered the dark, conflicted world that was waiting for her outside the Father John Misty set. She decided to enjoy a moment of beauty before re-immersing herself in sad sad reality, pulling off the road home to sit in a sequoia grove by the Rim of the World highway to write a little song and 'gram a little 'gram. She wrote:

I'm not gonna lie- I had complex feelings about spending the weekend dancing whilst watching tensions w North Korea mount.
I find It's a tightrope between being vigilantly observant of everything going on in the world and also having enough space and time to appreciate God's good earth the way it was intended to be appreciated.
On my way home I found myself compelled to visit an old favorite place of mine at the rim of the world highway where I took a moment to sit down by the sequoia grove and write a little song.
I just wanted to share this in hopes that one individual's hope and prayer for peace might contribute to the possibility of it in the long run.
Hope everyone has a nice day,
with love from California