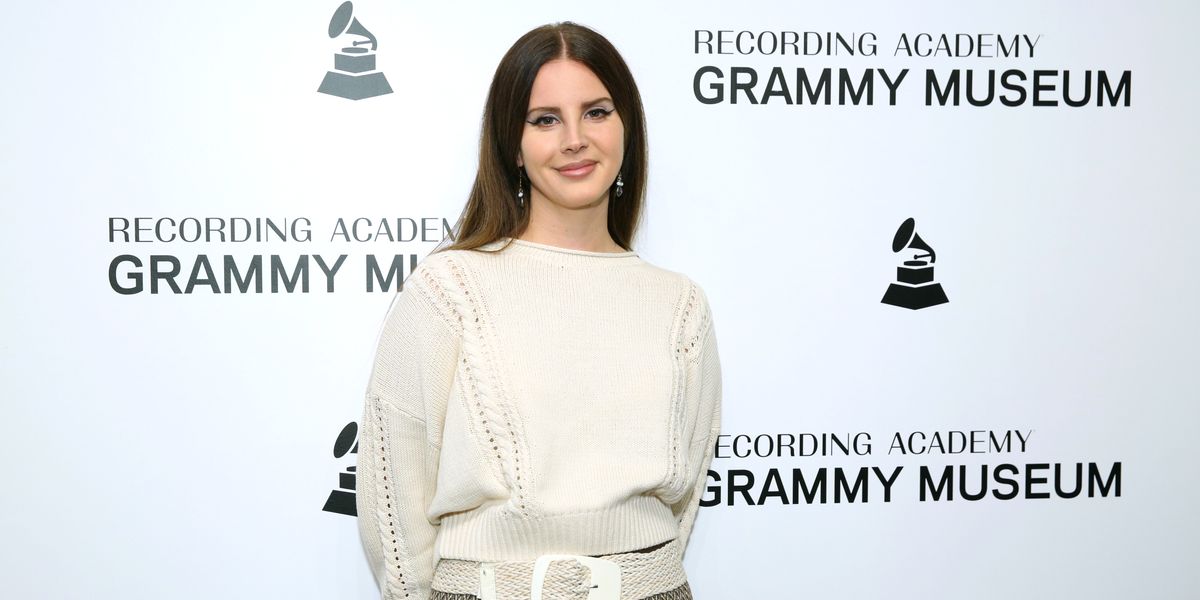 Lana Del Rey has bars, and they've only gotten better over time, from "My pussy tastes like cherry cola" all the way up to "Kanye is gone and blonde… I hope the live-stream's almost on." Now, the songstress who has "My life is my poetry" in her Insta bio has found a new outlet for her lyricism: spoken-word poetry. Del Rey announced in an Instagram video this morning that she is releasing a spoken-word album on January 4.

"My book Violet Bent Backwards Over Grass is taking a lot longer to hand-bind than I thought," she opens the video, in an extreme Lana-ism. Del Rey has a long list of projects in the queue: this spoken-word album will tide us over until LDR 7, already titled White Hot Forever and promised in 2020. (Don't hold your breath.)

As with her book, Del Rey plans to price the spoken-word album at "around a dollar," to symbolize how ideas are priceless and meant to be shared. Half of those dollars will be donated to benefit Native American organizations around the country as a kind of "reparations."

"In doing my own work on connecting to my own family lineage," she explained, continuing: "I was encouraged to also try and connect to the country's lineage. This was a while ago. It kind of informed the next album I've been working on and I just really wanted to pay homage to the country that I love so much by doing my own reparation, I guess I would say, my own reparative acts. I know it's a bit of an unusual choice and I have no reasoning for it other than it feels right to me and so for as long as my spoken word album is distributed, half of it will be going to native American organizations across America."

As far as the content, Del Rey describes it as "not particularly polished, it's a bit more gritty."

Recently, PAPER named Del Rey's Norman Fucking Rockwell! one of the best albums of 2019, the NFR! track "Cinnamon Girl" one of the best songs of the year, and argued that "Summertime Sadness" is among our favorite songs of the decade. So yeah, we'll take whatever we can get.