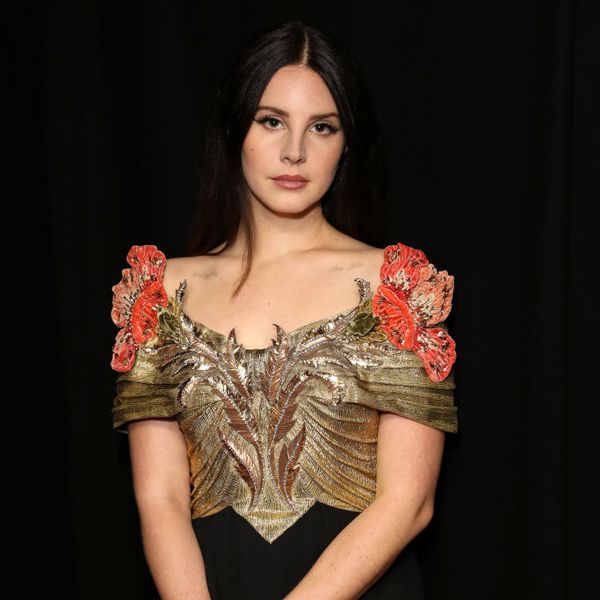 Of Course, Lana Del Rey Covered 'Season of the Witch'

Yesterday, Lana Del Rey posted a snippet of her covering Donovan's 1966 cult classic, "Season of the Witch." For true Lana stans, it's clear that covering such a spooky song is very on-brand for her, first introduced in the promo leading up to her last album, 2017's Lust For Life. (Remember her Trump hex?)

Lana's Jack Antonoff-produced cover is for the soundtrack of Scary Stories to Tell in the Dark, a new film directed by André Øvredal and produced by Guillermo del Toro. Lana announced her involvement in the film on Instagram with a ghost emoji, writing in part, "I'm really excited for you to see this amazing movie!"

In his own statement, del Toro said he's been a longtime fan of Lana's work, and felt her atmospheric inclinations would prove a perfect fit for the song.

"I have admired Lana's music for a while now and felt in my gut that she would run with 'Season of the Witch' – that she would use her alchemy to transform it," del Toro said in a statement. "She is a great artist and has been an amazing partner with us in this adventure. It is an honor for me to have met her."

And Lana is already deepening her new friendship with the filmmaker. Later today, she is slated to present del Toro with his star on Hollywood's Walk of Fame. Director JJ Abrams is also set to speak. She announced the news on Twitter.

Excited for you to see this amazing film and to share my new cover of Season Of The Witch for the upcoming… https://t.co/CyaNjzeAQq
— Lana Del Rey (@Lana Del Rey)1565030287.0

Lana's version of "Season of the Witch" will be out in full this Friday, August 9 along with Scary Stories to Tell In the Dark.

NikkieTutorials: Guiding the Next Generation