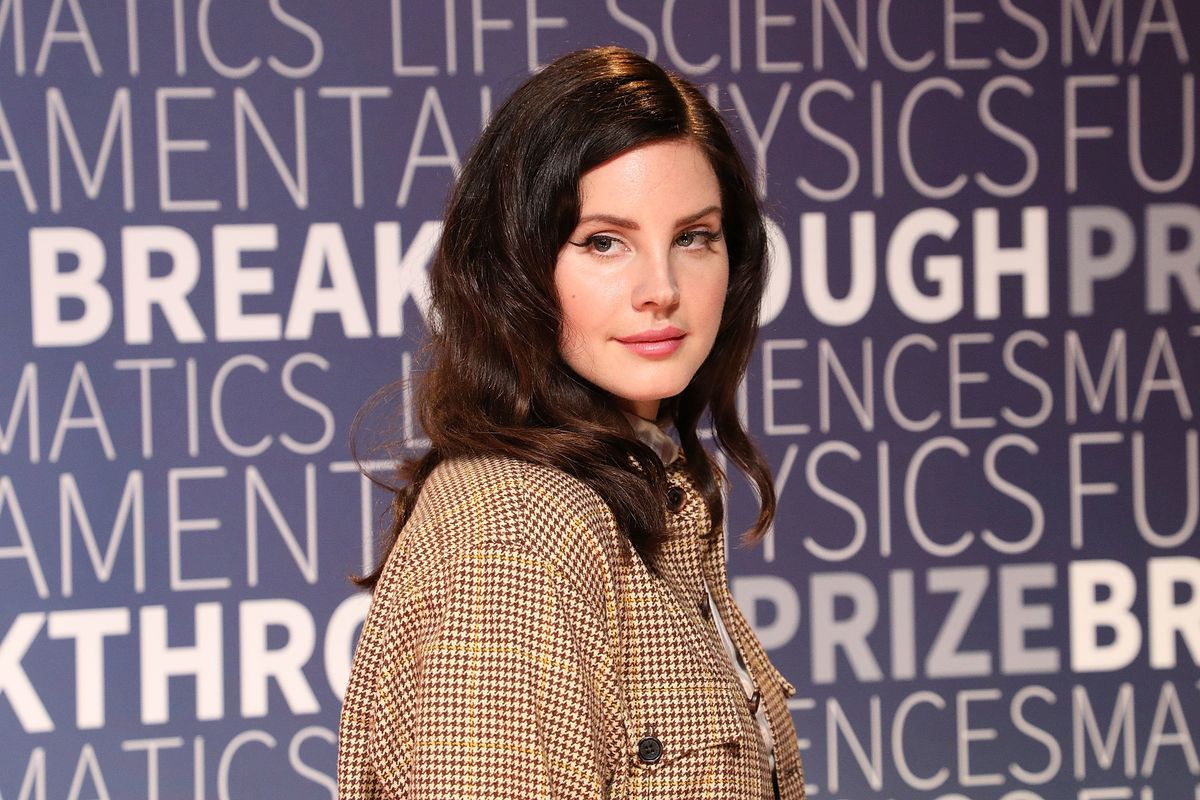 As promised, promptly at midnight, Lana Del Rey dropped her song with that long-ass, Fiona Apple-esque title, "hope is a dangerous thing for a woman like me - but I have it." We can't not mention that this track is her latest from Norman Fucking Rockwell, the album poised to change pop music, according to stans, and troll us all at the same time.

Of course, there are already headlines and online chatter circulating about the song — a characteristically morose, spare piano ballad produced by Jack Antonoff, calling it her most "Lana Del Rey song ever," which is a headline we've also grown accustomed to.

While that could be said about each Lana release over the past few months — "Venice Bitch" and "Mariners Apartment Complex" — "hope is a dangerous thing" seems to have struck a different nerve with the Internet. Lana's lyrics are a deeper exploration into her mysterious past, complete with references to high society, fame, and Sylvia Plath, and delving deep into her rock-bottom with alcoholism and journey in sobriety: "I have 15 year dances/ Church basement romances/ Yeah, I've cried, spilling my guts/ With the Bowery bums / Serving up God in a burnt coffee pot."

Lana first spoke about her sobriety in British GQ's 2012 "Woman of the Year" issue, saying then, "It's been nine years since my last drink," adding that much of the writing on her Born to Die debut was a love letter to the "wilderness years" of alcohol abuse and her time living in New York.

But because the Internet tends to zero in on controversy — with Lana's own scattered history of baiting it — people online are taking the singer to task for this lyric: "Shaking my ass is the only thing that's got this black narcissist off my back," claiming that Lana must be referring to her recent feuds with Kanye West and Azealia Banks, and accusing her of racism.

Some users point out that the lyric is more nuanced, and maybe, and intentionally controversial, written well before she became embroiled in those beefs. One astute user writes that it's a reference to the 1947 British drama film Black Narcissus, about nuns who hope to establish a convent in the Himalayas, exploring the human conflict between spirit and flesh.

Someone else suggests that it's a line about escaping a personification of death. All honestly possible and valid points! And knowing literary songwriter Lana, she could've wanted the lyric to be interpreted as any of the above. For a song ultimately about the bittersweet act of having hope despite feeling hopeless, it could be that people are also just missing the point. (Not the first time that's happened online).

Read some responses, below. But also, take a closer listen to the lyrics before reacting. Context is everything.

Are you serious? Lana Del Rey would be racist just because in her new song she sings "black narcist"? C'mon! First… https://t.co/DyKCQGdQss
— Ludovica (@Ludovica)1547044870.0