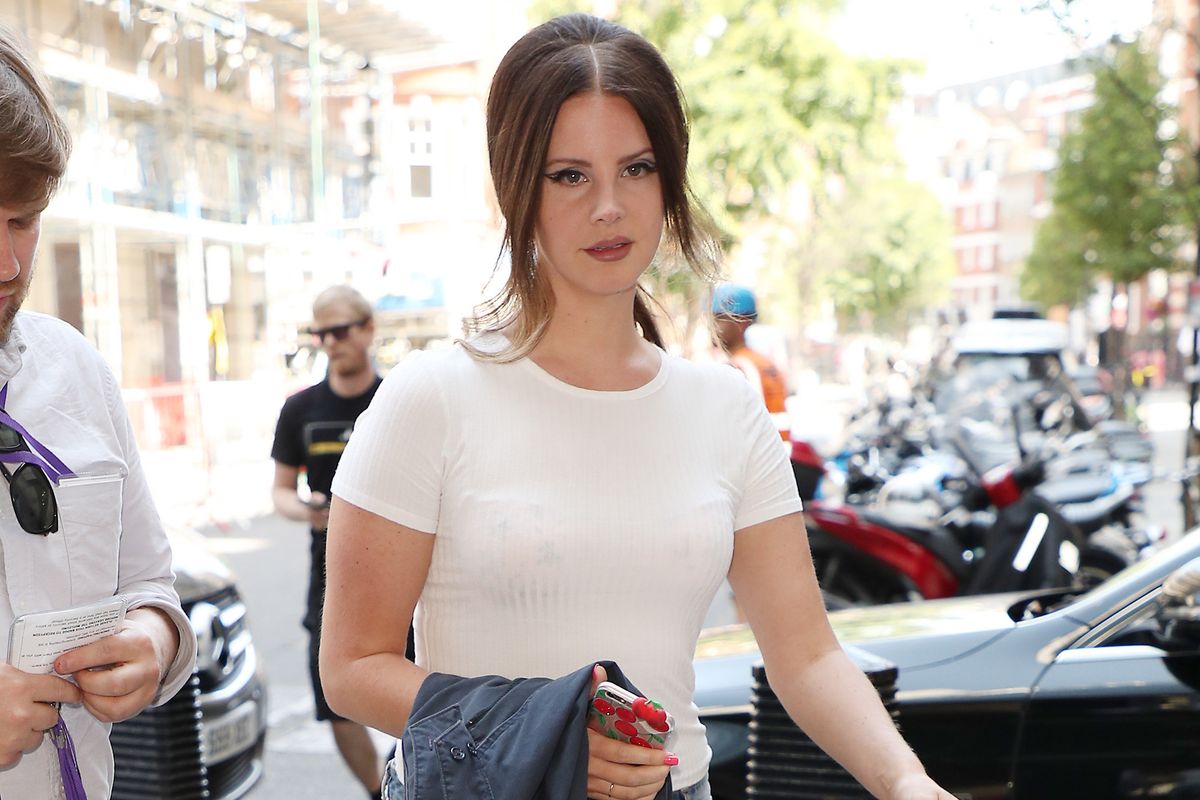 What Lana Del Rey Meant by That Kanye West Lyric

In a candid New York Times interview, Lana Del Rey opened up about a range of subjects, from her creative process for Norman Fucking Rockwell to the importance of protest songs in divisive times.

Among a few surprises: Lana clarified what she meant when she sang "Kanye West is blonde and gone" on "The Greatest," which was released just last week as a beachy double video with "Fuck It I Love You."

Lana first called out West for his support of President Trump in an Instagram comment, which prompted that Azealia Banks beef during which Lana's iconic "pull up anytime, you know the addy" retorts were born. But anyway!

Is "The Greatest" likely to ignite another beef? We hope not, but the Times' Joe Coscarelli is certainly asking the question on everyone's minds. Had Lana heard from West or anyone from his camp in light of the lyric?

"Gratefully, no," Lana says. "Here's the thing: I don't want to elicit a response. You never feel better for having written something like that. But Kanye just means so much to us."

Lumped in with this acknowledgment and a description of the song's overall message is Lana's clarification of her political views.

She continues: "And by the way, I'm grateful to be in a country where everyone can have their own political views. I'm really not more of a liberal than I am a Republican — I'm in the middle. But it was more like the mood and the vibe around, Yo, this man is the greatest! Really? The greatest? It hurt me. Did I have to say anything? No. But it's more just a line that represents a lot of things."

In context, the line was mentioned in a series of others: "LA's in flames, it's getting hot/ Kanye West is blond and gone/ Life on Mars ain't just a song." So, it is as Lana says: a representation of many things, most likely an observation of culture before it is a drag. Plus, she's right. It's a complicated stance in complicated times, but Kanye actually does mean so much to us.