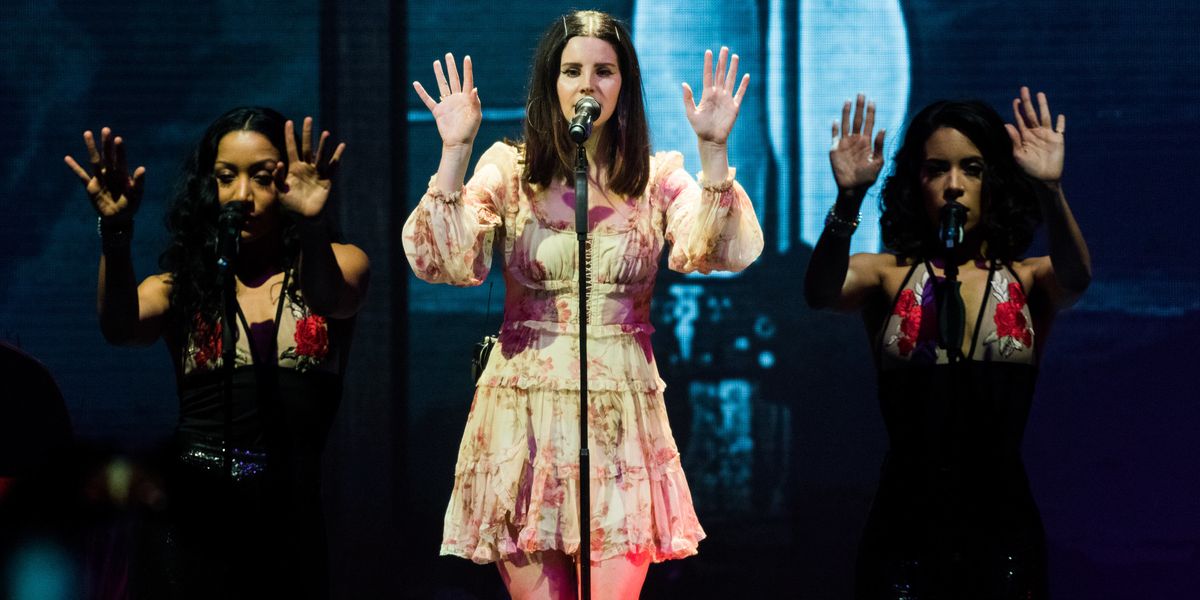 Lana Del Rey Plays With Butterflies In Her New Video

After teasing it on Instagram, notoriously mysterious minx that she is, Lana Del Rey has finally unveiled summer jam one of two.

The Jack Antonoff-produced new single "Mariners Apartment Complex" is a dreamy, piano-infused rock ballad about the power of forgiveness and second chances. "You're lost at sea, then I'll command your boat to me again/ Don't look too far, right where you are, that's where I am/ I'm your man," Del Rey sings over dramatic strings, sounding like a devotee of the Elton John Songbook (she even name-checks "Candle In the Wind," before calling herself a "Venice bitch," because of course she does. Also: "Venice Bitch" is the name of her second single out September 18). Sonically, the new single feels like a cross between the forlorn Americana rock of Ultraviolence mixed with her decidedly more outward looking ethos on last year's Lust For Life, so there's a little something for everyone.

In the cinematic black-and-white clip, Lana and her Lust For Life Tour backup dancers (I know, I'm obsessed; I've committed to memory the lazy-sexy choreography to "Cherry" and "White Mustang") play with butterflies and wander down California streets amid shots of whirlpools in the ocean. Because of course, Lana is nothing without a heavily sedated mood.

Anyway, we love this and it may be included on a new album (due next year, according to a press release), but let's just say that the prolific LDR probably already has something else major in the can. Meantime, we'll keep our ears and hearts open for end-of-summer jam number two.