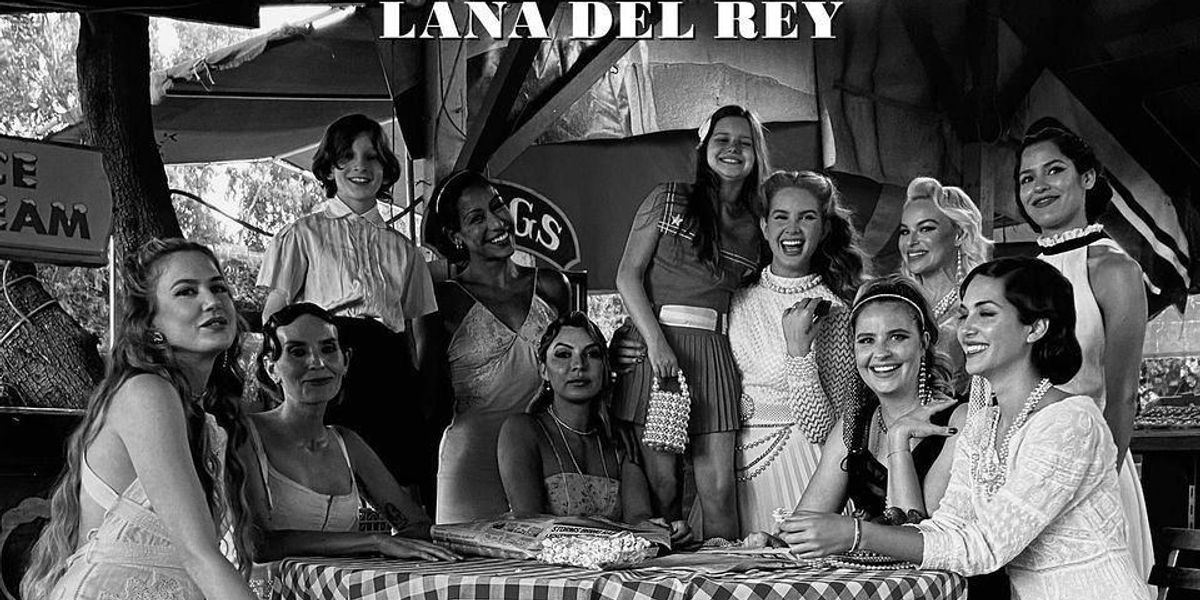 Some of Lana Del Rey's Closest Friends Are 'Rappers'

Lana Del Rey stans have had to put up with a lot lately, from her misguided Rupi Kaur literary moment to the revelation that she believes Black women artists like Doja Cat and Nicki Minaj have an easier time navigating the music industry than she does. We're used to her being messy, but last night was definitely a lot. Even for her.

On Sunday, Del Rey took to Instagram to reveal the tracklist for her forthcoming album, Chemtrails Over the Country Club, which honestly sounds excellent and definitely didn't need an accompanying caption that, um, appears to brag about the musician having Black friends.

Related | What the Hell Is Lana Del Rey Talking About?

In what appeared to be either a pre-emptive response to accusations of racism or a confused retaliation to the comments section, Del Rey decided to give fans a weird ethnic breakdown of the women posing for the Chemtrails album artwork.

Del Rey ID-d some of the women as, "Valerie from Del Rio Mexico, my dearest friend Alex and my gorgeous friend Dakota Rain as well as my sweetheart Tatiana." She continued: "We are all a beautiful mix of everything – some more than others which is visible and celebrated in everything I do. In 11 years working I have always been extremely inclusive without even trying to."

It got worse. In a move that many commenters pointed out sounded a lot like she was bragging about having Black friends in the most cringeworthy way possible, Del Rey went on to discuss how "my best friends are rappers, my boyfriends have been rappers.... My dearest friends have been from all over the place, so before you make comments again about a WOC/POC issue, I'm not the one storming the capital, I'm literally changing the world by putting my life and thoughts and love out there on the table 24 seven. Respect it."

The caption has since been deleted, thank God. But screenshots are forever, and will live as a continual reminder that Del Rey's sharp lyrical analysis of American life somehow doesn't translate to her real life understanding of what's going on in this country right now.

The title track for Chemtrails Over the Country Club is out now.