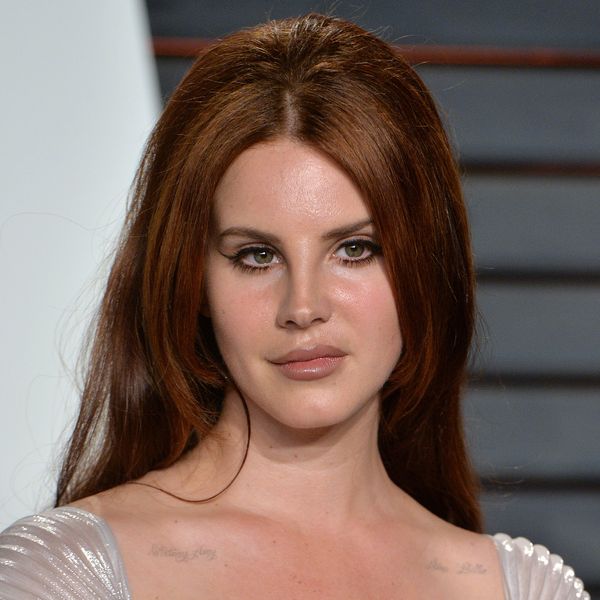 Lana Del Rey fans seem to be growing more and more brazen, or, more simply: crazy. After she had to navigate a very real kidnapping threat on the North American leg of her LA to the Moon tour, subsequently becoming visibly upset on stage from the stress at a later show, she has been attacked by a fan at her concert in Antwerp.

According to fans, as Lana was exiting the stage, an attacker jumped off the bleachers towards her apparently making to hug her. Lana fell, but it's unclear whether it was from the shock of the incident or the fact they hit her on the way down.

Christophe Heylen on Instagram: “@lanadelrey being attacked by a crazy “fan” after leaving the stage in Antwerp... 😪 Hope you’re OK? #lanadelrey #sportpaleis #antwerp…”

Lana has since responded to fans' outpouring of love and concern in a since-deleted tweet (why, we don't know), assuring them not only does she know jiu jitsu, but she also has blades in her stilettos.

"Doing great thank you! I know jiu jitsu and all of my stilettos have blades in the heels X Barcelona see you tomorrow," she wrote, per Nylon.

Baby girl can take care of herself.