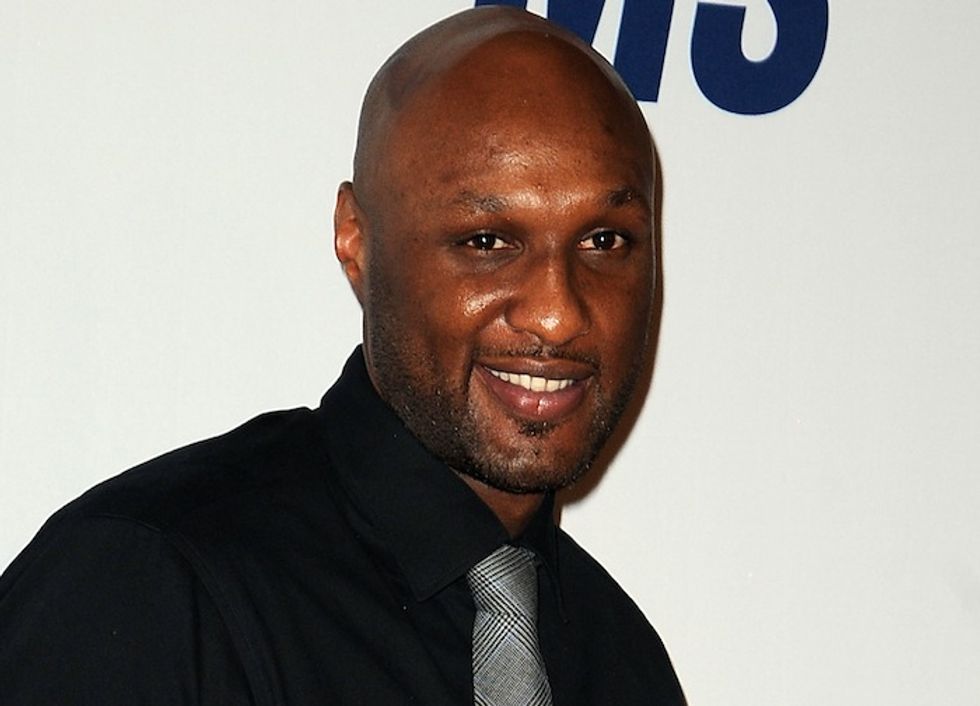 Lamar Odom Is Hospitalized Following Alleged Overdose, the Kardashians Are By His Bedside

by Paper
PAPERMAG
[Photo by D. Andreas Branch/PatrickMcMullan.com]
After having been found unconscious in a Nevada brothel yesterday, Lamar Odom is being treated at Las Vegas' Sunrise Hospital for what is being described as an "unintentional drug overdose." Odom's struggle with substance abuse has been well-documented, particularly with his appearances over the years on Keeping Up With the Kardashians while he was still married to Khloe, a struggle that ultimately ended the couple's relationship. So while this news may not be shocking, it's still nevertheless devastating to witness such a terrific athlete and, by all accounts, kind individual take such a dark turn while battling these demons.

E! quotes a source as saying that medical tests have shown the presence of "virtually every drug imaginable ... in his system" and that he likely suffered an "ischemic stroke" (what happens when a blood clot prevents blood from flowing to the brain), which can occur as a result of a cocaine overdose. That same source goes on to explain that Odom had gone on a crack cocaine binge all weekend and when he was discovered in his room, a liquid resembling mucous was coming out of his nose and mouth. Media outlets are all reporting that several Kardashians have rushed to be by his side -- Khloe, Kris, Kim and Rob -- although initial reports that the family had arrived to the hospital with a TV camera crew in tow has (fortunately) been refuted.

While celebrities like Lil Wayne and NBA player JR Smith previously posted "RIP" messages on Twitter and Instagram, most reports still say that Odom is alive although in a coma; he may very likely suffer brain damage. As we continue to see how this sad story develops, it's safe to assume that many of us share the same thoughts Kendall Jenner expressed in this heart-rending tweet: