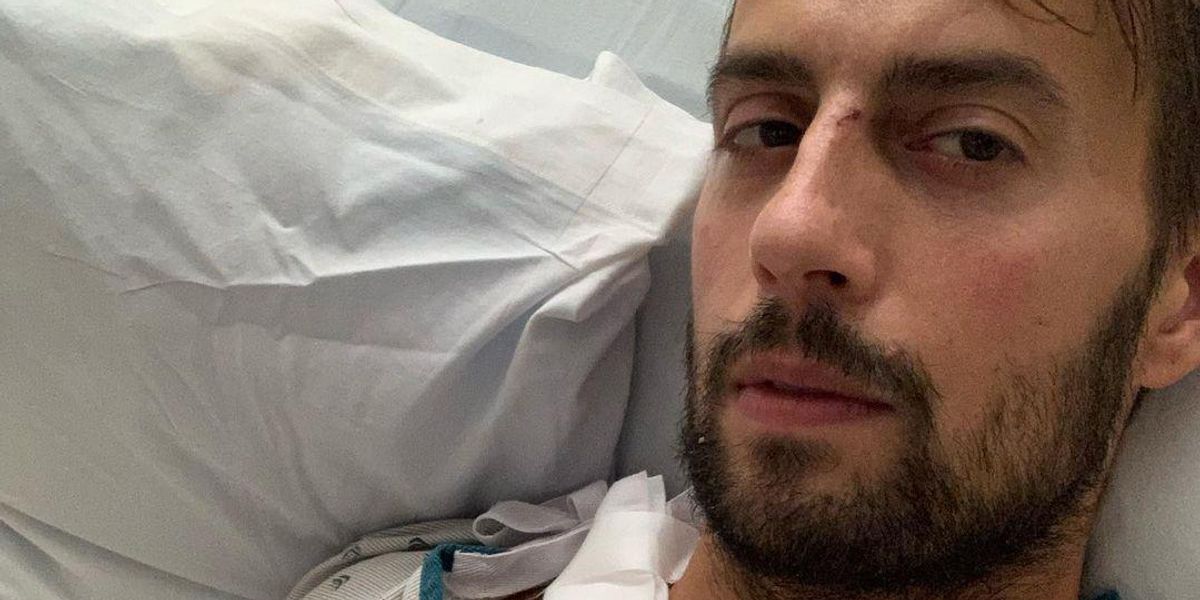 Lady Gaga's French bulldogs Gustavo and Koji have been returned unharmed after a Los Angeles gunman shot the artist's dog walker Ryan Fischer last Wednesday and abducted the two beloved pets. Fischer, who was able to save Gaga's third dog, Asia, from being stolen, is expected to make a full recovery. In light of the happy news, he's also issued his first public statement on the horrifying incident.

Posting to his pooch-friendly Instagram Valley of the Dogs, Fischer shared photos of his brush with death and recalled the events in his own words. He described how he said his goodbyes to Asia after the assailant's car sped away, expecting the worst, but grateful she was safe. He also expressed gratitude to Little Monsters everywhere for their support.

"I am humbled and grateful that attention and focus from the police were enough to get Koji and Gustav back to safety, and I know they are committed to bringing these criminals and attempted murderers to justice," Fischer wrote. "I am so appreciative of everything you continue to do."

The two dogs were recovered on Friday night, at around 6PM, when an unnamed woman brought them to the LAPD's Olympic Community Police Station. Gaga's currently in Rome filming Gucci, so her rep went over to the station and confirmed that they were actually Gustavo and Koji. Both were unharmed.

TMZ sources initially reported that while this at first seems like a planned heist with Gaga as an intended victim, it's more likely that the dog thief opportunistically stole the pets because French bulldogs are an in-demand breed.

Captain Jonathan Tippett, commanding officer of the LAPD Robbery-Homicide Division, said that the woman seemed to be "uninvolved and unassociated" with the theft, but no further information has been made public. Gaga was offering a $500, 000 reward for information leading to the return of her two "babies."

Whatever happens with the criminal case, at least we know that the family is reunited! Fischer ended his statement by saying that he was excited to reunite with his three favorite dogs.

"A lot of healing still needs to happen," he wrote, "but I look forward to the future and the moment when I get bombarded with kisses and licks (and maybe even an excitement pee?) from Asia, Koji, and Gustav."