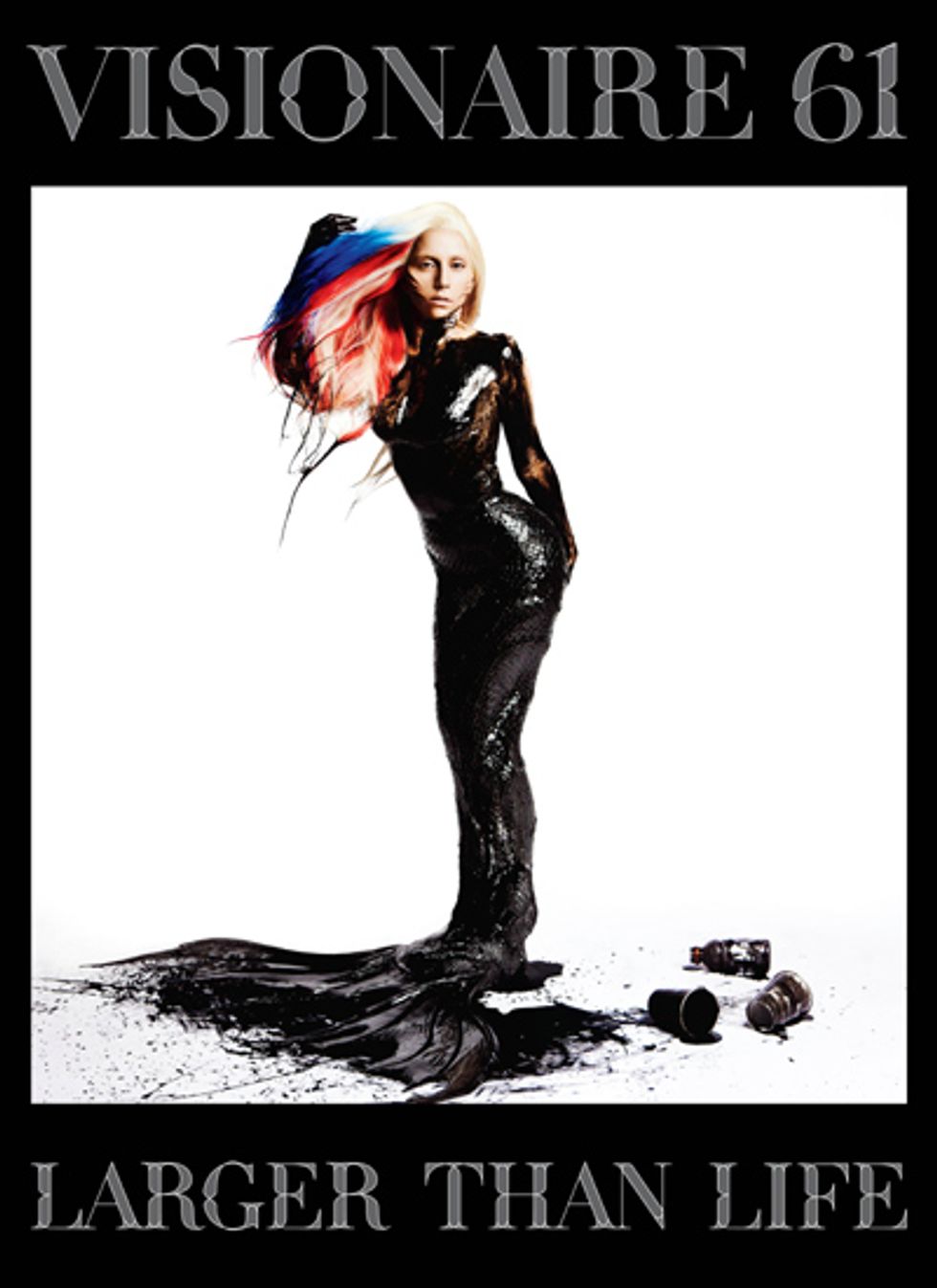 1. Lady Gaga looks like a mermaid on the cover of the world's largest magazine. Visionaire 61: "Larger Than Life" comes in a deluxe edition of 250 copies for $1,500 each and it's seven feet tall and five feet wide. Get your copy here.

2. The three-day Metal Suckfest starts tonight with a special pre-game show featuring Mayhem at the Grammercy Theatre (127 East 23rd Street).  Friday's headliners include Municipal Waste, God Forbid and Today is the Day and Saturday has Cynic, Obscura, The Red and many more.  Tickets are still available here.

4. London police just released their file on the 1973 drug raid at Keith Richards' home and guess what?  Their version differs from Keith's. Compare here. [Guardian]

5. MTV's "2011 Sucker Free Awards: Crowning the Best in Hip-Hop" is taping on November 11th at LIV nightclub in Miami.  If you're under 21 and live in the Miami area, you can apply for a free ticket here.

7. New York City has shrunk by two square miles, according to the Census. [NYT]

8. Ricky Gervais has reportedly been asked to host the Golden Globes again. [HuffPo]

These Haus Labs Lipsticks Were Tested On Gaga Herself