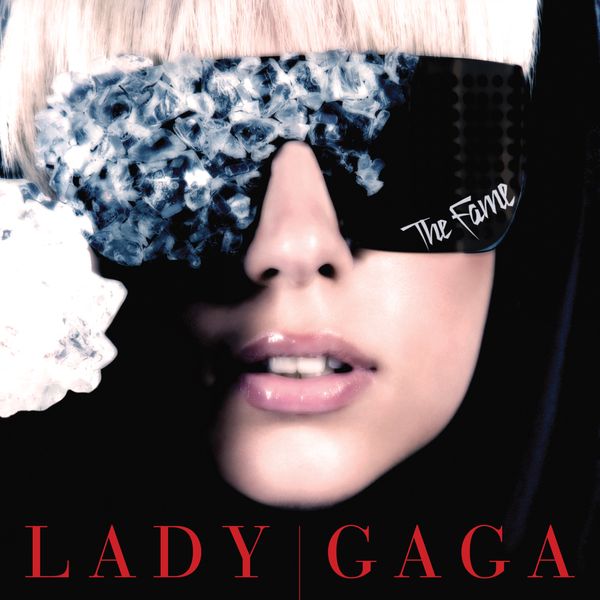 It's been exactly a decade today since Lady Gaga dropped her debut album, The Fame. Before the release of the 15-song LP, Mother Monster was just an Italian girl from New York City, known only by a small group of underground music lovers, Lower East Side performance artists and the few Lollapalooza tweens who showed up to her 2007 set with Lady Starlight. Now, thanks largely to the incredible success of her first album and its accompanying visuals, Gaga is and will always be one of the most celebrated names in music history.

First, the cold hard facts: it may shock the unenlightened to be reminded of this raw data: The Fame remains, to this day, her album with the most #1 songs on the Billboard Hot 100. "Just Dance" spent nearly five months climbing the chart before sitting for 3 weeks in pop music's most coveted slot, electrifying the ears of eager burgeoning homosexuals across America. Nothing like those opening synthesizers, announcing the beginning of an album drenched in pure pop ecstasy and lighthearted raucousness, have been heard before or since.

Take, for instance, the story of a closeted, zit-covered, Sims-addicted freshman "boy" entering his first of four years at an all-male Catholic high school in Milwaukee, WI. He's eager for music that speaks to his inner, as-yet-undiscovered thrashing avant garde dance freak. Suddenly, he (incorrectly) hears the famous opening lyrics — "Red wine, Gaga" — and his life is changed forever. The song begins playing in cars on the way to school, at dances, prompting roars from the Catholic tween crowd, and over and over again, in the privacy of the boy's room, as he meticulously draws men from underwear campaigns in order to "study the human form." "Just Dance" is universally applauded by all who hear it. But nothing could have prepared the world for what came next.

"Poker Face" marked a crucial moment in Gaga's history: with "Just Dance," the boy, like so many, had assumed he'd stumbled on a great single from a one-hit wonder. "Poker Face" proved that Lady Gaga had more to say (and dance to). But just how much more, no one could have possibly predicted at the time.

The cool hot girls at the boy's sister school had begun changing their Facebook profile pictures to that of a woman with a lightning bolt on her face. The straight stoner seniors began playing a Kid Cudi/ Kanye West song that sampled Gaga's Cherrytree Sessions (a must-listen, if you haven't already). Something shifted with "Poker Face." The lonely, repressed boy, dressed in North Face fleeces and shoes purchased from Journeys made out of recycled car tires, begins to stare into the obscured face on the cover of The Fame (are those diamonds, or smoke?). What else could this Gaga offer? Quite literally, who is she?

On "Lovegame" and "Paparazzi:"

News of Gaga's real-life persona doesn't take long to trickle its way into the heterosexual world of suburban Wisconsin. As "Lovegame" begins to play on the radio, the boy can turn a blind eye no further. "Let's have some fun this beat is sick, I want to take a ride on your disco stick" signals a sexual awakening for him — though he's still years from coming out of the closet. Gaga is turning out to be no ordinary pop star. She dresses in a way that inspires the boy to draw her, and draw her, and draw her again. Her eyes remain obscured in many of her looks. Her music videos offer a peek into a world of partying, notoriety, sex, and, most crucially: flaming homosexuality.

The boy has found he must keep his love for Gaga secret, as his peers begin to pick up on the fact that to love Gaga is to love men plowing each other. He hasn't even listened to the whole album yet — he's afraid to admit how passionately he adores this woman, who his classmates are now accusing of not even being a woman at all.

Then comes "Paparazzi," and here, the world screams. It immediately establishes itself as perhaps the boy's favorite song of all time, by any artist. The video leaves the boy trembling, analyzing the choreo of Gaga and her silver jumpsuit-clad backup dancers hopping from foot to foot over and over again, and trying not to focus too much on the feelings spurred by Alexander Skarsgard's biceps.

There's a crucial moment at this point in time that marks possibly Gaga's greatest live performance to date. It's now the 2009 VMAs. Kanye West infamously steals Taylor Swift's microphone. Beyoncé wins Video of the Year for "Single Ladies." And a strange woman with a few hit radio singles, dressed in a blonde and pink wig and a pearl-studded mask, is laying on the floor of the MTV stage, arm angled dramatically in the air as she snarls a few operatic and familiar "Poker Face" verses into the mic before the opening chords of a new song fill the air.

She begins to sing "Paparazzi," a swarm of backup dancers mirroring her sharp, frenetic choreography behind her. The chorus arrives, and she options up, harmonizing to turn the song into something decidedly more haunting and sad than the original. Her mask comes off. Her now-famous growls and riffs begin to leave the audience (especially Diddy) stunned and uncertain. She flings her foot on top of the piano and plays a few chords. She gets up, stumbles back center stage, and clutches her ribs as blood pours out of her chest, drenching her panties. Her corpse is slung up by a rope, and with a limp flick of her wrist, the song ends. Half the room erupts into guttural screams. The other half is petrified.

On the legacy of "The Fame:"

After the VMAs, even the most reluctant couldn't help but acknowledge that a STAR had been BORN. Even a freshman boy petrified of being outed could no longer hide his adoration for his true empress and All-Powerful God. The rest of the album became the soundtrack of the boy's next few years, some of the most challenging of his life. Standouts on the record like "The Fame," "I Like It Rough," "Boys Boys Boys," "Summerboy," and "Brown Eyes" gave the boy an escape from a world filled with cross country meets and a pressure to "grind" on as many girls as possible.

The Fame's sound altered pop music forevermore. Synthesizers and electronic influences have since become standard on chart-topping pop. A diva superstar is now expected to walk out with a crazy leotard, shoulder pads and an intention to "shock." A music video is no longer enough if it's just a sexy girl rolling around in bedsheets. There's got to be a story, and there's got to be an element of something that's "never been done before." Gaga has shaped the course of pop culture for the past decade with The Fame.

The fact that she's fit all her other subsequent eras — the darker, more thrilling accompaniment The Fame Monster, the anthemic Born This Way, ARTPOP, Cheek to Cheek, and Joanne — into just 10 years is pretty mind-boggling. And to think, based on her recently released visuals, that she might be on the precipice of delivering her most electric, exciting era yet... well, let us not forget where it all started.