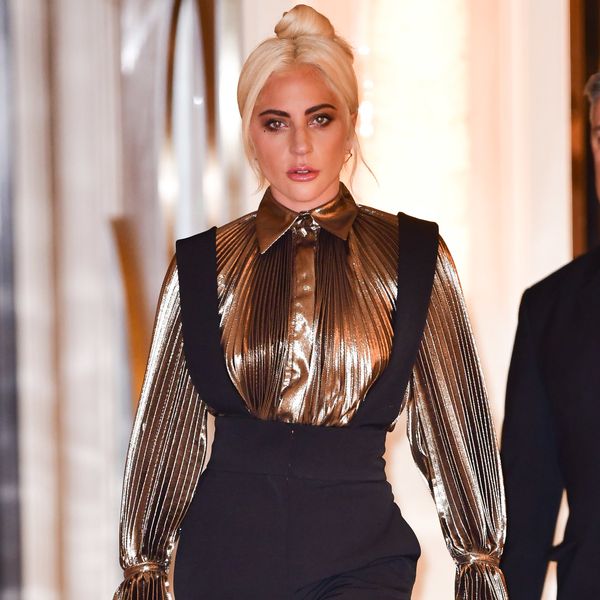 Lady Gaga Is In The Academy Now

And so are more women and people of color than ever before.

In an effort to close Hollywood's gender and racial representation gap, The Academy of Motion Picture Arts and Sciences has invited 842 new members from a record 59 countries to its ranks.

New Academy members include the likes of Lady Gaga, Elisabeth Moss, Black Panther's Letitia Wright and Sterling K. Brown, and Crazy Rich Asians star Gemma Chan. Half of those in this year's complete list are women and 29 percent of the new members are people of color. This doubles the overall percentage of non-white members, from 8 to 16 percent, and is double the percentage of members of color in the last four years.

The list also includes — across actors, directors, writers, executives, hair and makeup artists, costume designers, and casting directors — 21 Oscar winners and 82 nominees. Of the 17 Academy categories, 10 invited more women than men, including the directors branch. This is significant considering that of the top 250 feature films released in the U.S. last year, only 8 percent of them were directed by a woman.

In all, the Academy is more diverse now than ever, a move away from #OscarsSoWhite, and toward the vision set forth by Academy president Cheryl Boone Isaacs, who in 2016, announced a plan to diversify membership that would ultimately double women and POC representation by 2020. Last year, the Academy Awards themselves had a more diverse roster of winners than in years past.

Among the highlights: Hannah Beachler became the first Black woman to win for production design on Black Panther, while Ruth E. Carter snagged Best Costume Design for the same film; Regina King won Best Supporting Actress for If Beale Street Could Talk, Mahershala Ali won his second acting award for Green Book; long-time Academy critic Spike Lee won Best Adapted Screenplay for BlacKkKlansman; Alfonso Cuarón won Best Director Roma, which centered the narrative of an Indigenous woman. While the numbers and these moments give hope to an evolving film industry, there is still much work to be done. But so far, change is afoot.

One thing feels certain: Lady Gaga's popular "99 people in the room" adage from the A Star Is Born press tour has never felt truer. (Also, shoutout to Frances McDormand's 2018 "inclusion rider" speech.) But now, for aspiring and industry filmmakers of all backgrounds, it seems there will be more than one person believing in them. The Academy's full list of new invitees, pushing membership to over 10,000 people, can be found here.