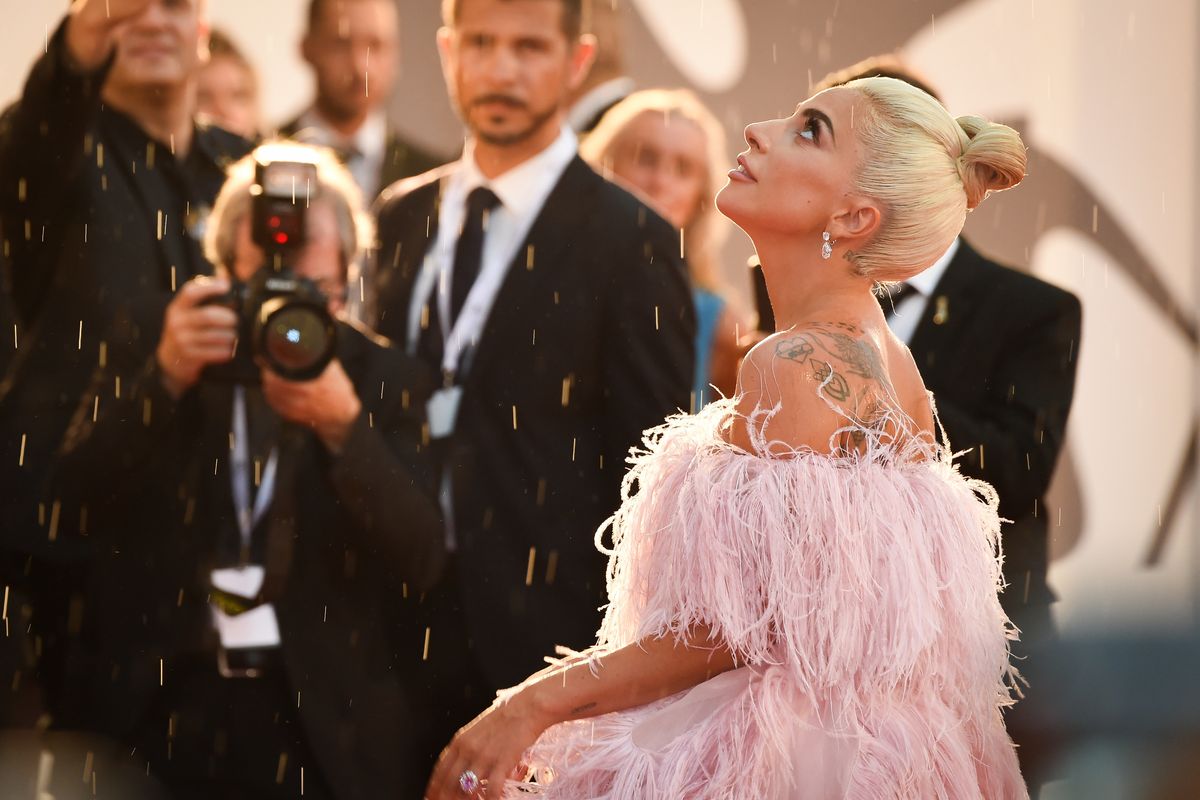 Tom Eerebout and Sandra Amador, who dressed Lady Gaga throughout her flawless A Star Is Born press tour, have been ranked the number one stylists in tinseltown by The Hollywood Reporter. The duo was responsible for Gaga's many instantly iconic looks of the past 12 months — including all her big awards show red carpet moments.

Little Monsters have gotten to see a brand new side of Gaga over the past year, as Eerebout and Amador helped her go Old Hollywood while maintaining the sartorial eccentricities she's always been known for. "We wanted to deliver looks that were true to her — the element of surprise — and capture movie star magic," Eerebout told THR.

Some of those looks included a periwinkle blue gown with hair dyed to match, classic black Alexander McQueen gown complemented by a huge yellow Tiffany's diamond necklace, and, most memorable of all, feathery pink Valentino couture worn during a Venice Film Festival thunderstorm.

Amador said that Lady Gaga wore "different designers who had supported her over the years" to each awards show. Gaga's stunning second Oscars gown, worn during that live "Shallow" performance with Bradley Cooper, was designed by her former stylist Brandon Maxwell. Eerebout and Amador were once his assistants.

Congratulations, Tom and Sandra. Can you believe this article didn't include a meat dress joke?