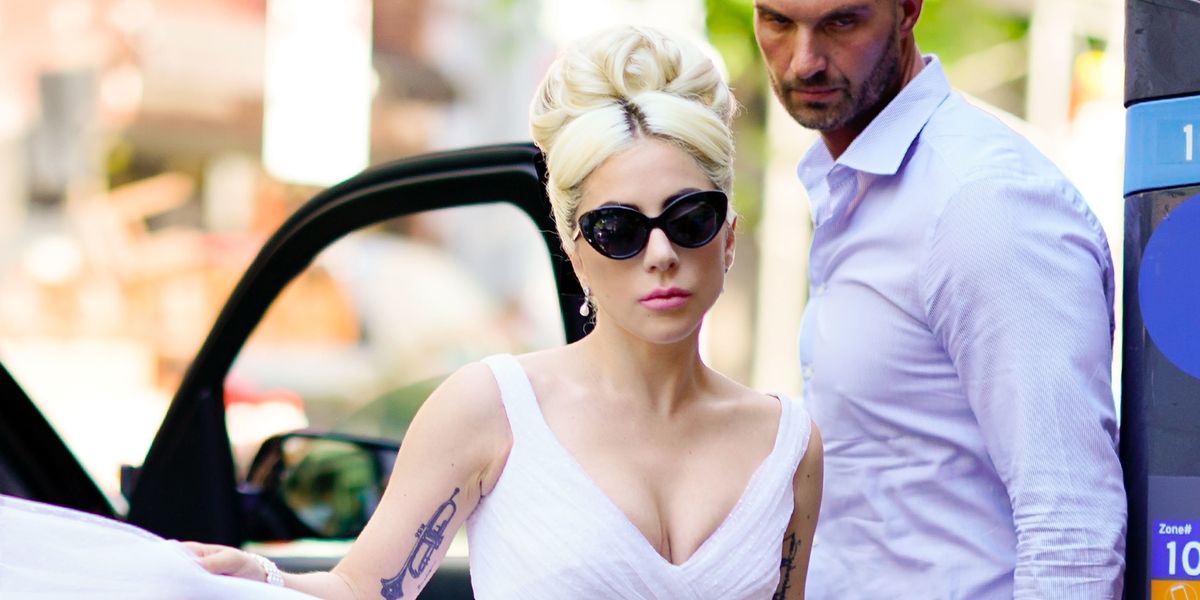 Lady Gaga Steps Out in NYC, Serves Drama to the Umpteenth Degree

If you've followed Lady Gaga closely, you'll know her New York City visits always double as an opportunity to wrangle the paparazzi and serve lewks on lewks that provide a glimpse into what's coming next.

This week's appearance was no different, as Gaga used the (very brief, seconds-long, barely there) walk from Electric Lady Studios to her black car to showcase a series of outfits that strayed far from the country-glam edge of Joanne.

Styled by Sandra Amador and Tom Eerebout, Gaga gave something a little more classic a la Cheek to Cheek with her hometown visit — think Upper East Side Broadway enthusiast with a penchant for brunch, whiskey and expensive up-do's.

Gaga was reportedly at Electric Lady Studios filming a project with longtime collaborator Tony Bennett, which explains the more conservative style. Later that night, she stepped out in a red Christian Siriano dress to perform a live jazz set at Rose Bar with trumpeter Brian Newman and Tommy London.

Later that weekend, she also wore a mod little black dress by Chanel, a high fashion '60s secretary look by the same brand and a collared Fendi dress with ruffled skirt for her trips to the studio, each time adding more height to her platinum hair. She also donned a leopard print jacket from Gareth Pugh's Fall 2018 ready-to-wear collection, which though technically modern still had a retro silhouette and heaps of classic Gaga drama.

This NYC appearance could mean many things, but we know Gaga's been in the studio working on a new album with names like "Perfect Illusion" producer BloodPop, Boys Noize and hitmaker Justin Tranter. Check out all seven looks, below, and hope for more in 2018.

Sandra Amador on Instagram: “@ladygaga in a little black dress and earrings by @chanelofficial, bag by @delvaux 🖤 hair by @fredericaspiras, makeup by…”

Sandra Amador on Instagram: “@ladygaga 💕 hair by @fredericaspiras makeup by @sarahtannomakeup styled by myself and @tomeerebout”