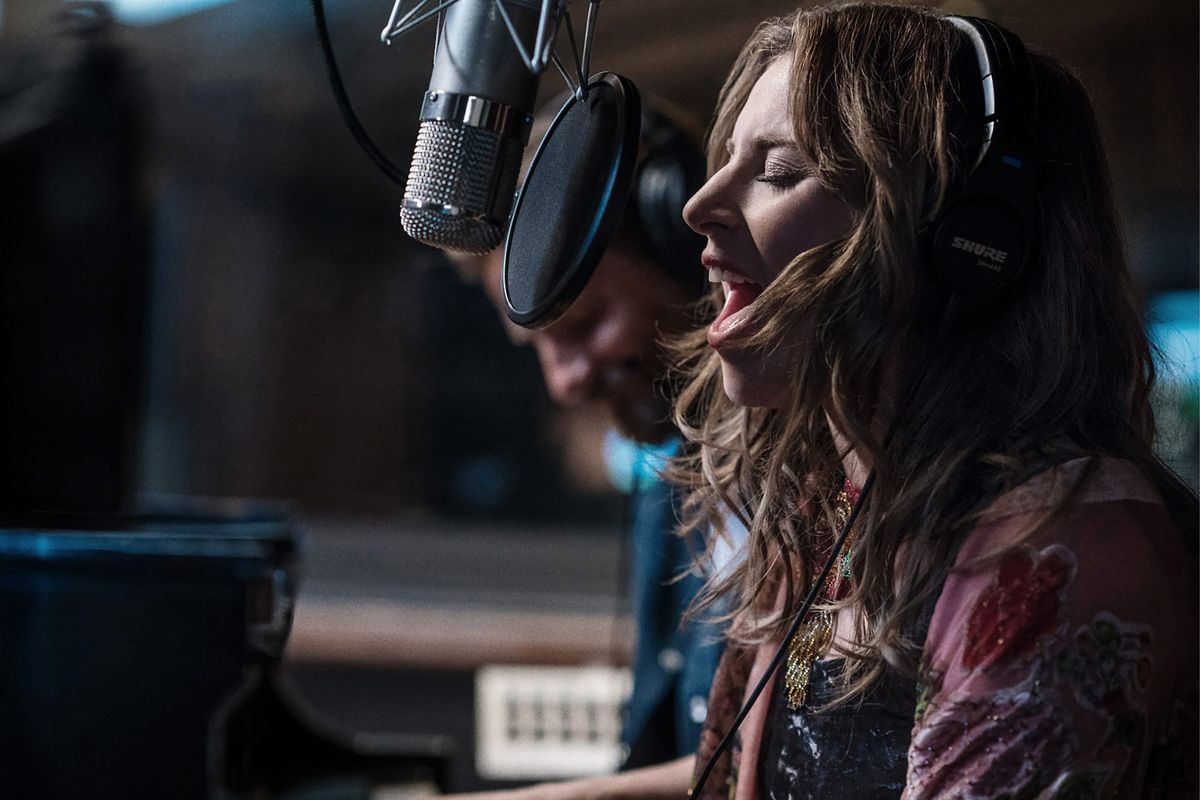 This has been a harrowing day, and a harrowing week, so thankfully Lady Gaga and Bradley Cooper are here to help. "Shallow," lead single from the upcoming A Star Is Born soundtrack, has been released a day early! It was Zane Lowe's World Record on this morning's episode of Apple Music's Beats 1.

The catchy duet features a gravel-voiced Bradley Cooper channeling his inner Eddie Vedder (the vocal resemblance is actually uncanny –– turns out Cooper partly based his character on Pearl Jam's frontman), while Lady Gaga unleashes the roar that spawned a thousand memes when the film's trailer dropped earlier this year. It was co-written by Gaga, Mark Ronson, Anthony Rossomondo, and Andrew Wyatt.

On Beats 1, Gaga gushed to Lowe about her co-star's singing abilities, which really are so much more impressive than any of us could have expected. "He just sings from his soul and he knows how to tell a story when he's singing and I heard it right away," she told Lowe, recalling the first time the two sat down and played together.

Watch the official video for "Shallow" below. A Star Is Born hits cinemas October 5, and not a moment too soon. HAAAAAAH-OOOOOH-WOOOO-OOOAH!