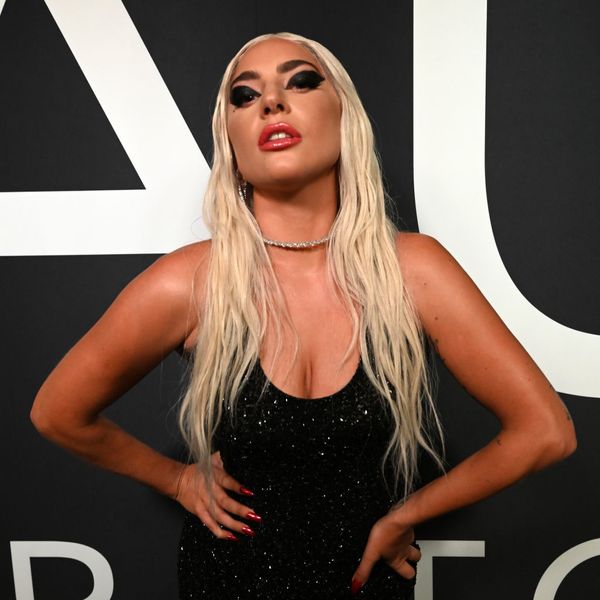 This January, Lady Gaga removed her R. Kelly collaboration "Do What U Want" from all streaming services out of solidarity with sexual assault survivors.

Now, she's releasing new physical copies of the 2013 album ARTPOP without the disgraced R&B singer's contribution, Pitchfork reports. This is part of Gaga's continued efforts to "support women, men, and people of all sexual identities, and of all races, who are victims of sexual assault," as she wrote in her apology note on Twitter back in January.

Gaga has been open about her experience as a victim of sexual assault herself, creating the 2015 track "Til It Happens To You" for The Hunting Ground soundtrack as an anthem of support for sexual assault survivors. But before finally breaking her silence on the allegations against Kelly, she was criticized along with many others for not speaking up sooner when the survivors at hand were primarily Black and Brown women, as seen on the incendiary Lifetime docu-series, Surviving R. Kelly. She stated her regrets for staying quiet for too long and for ever collaborating with Kelly in the aforementioned apology note.

"I think it's clear how explicitly twisted my thinking was at the time. If I could go back and have a talk with my younger self I'd tell her to go through the therapy I have since then..." she wrote. "I'm sorry, both for my poor judgment when I was young, and for not speaking out sooner. I love you."

The new printed versions of ARTPOP are set to be out on November 11, according to The Independent, and pre-order listings for CD and vinyl versions can be found on retailer HMV's website now. Meantime, stream Gaga's ARTPOP, minus Kelly's feature, below. For fans of the original song, there is a (much safer) version with Christina Aguilera still in existence. Remember that?