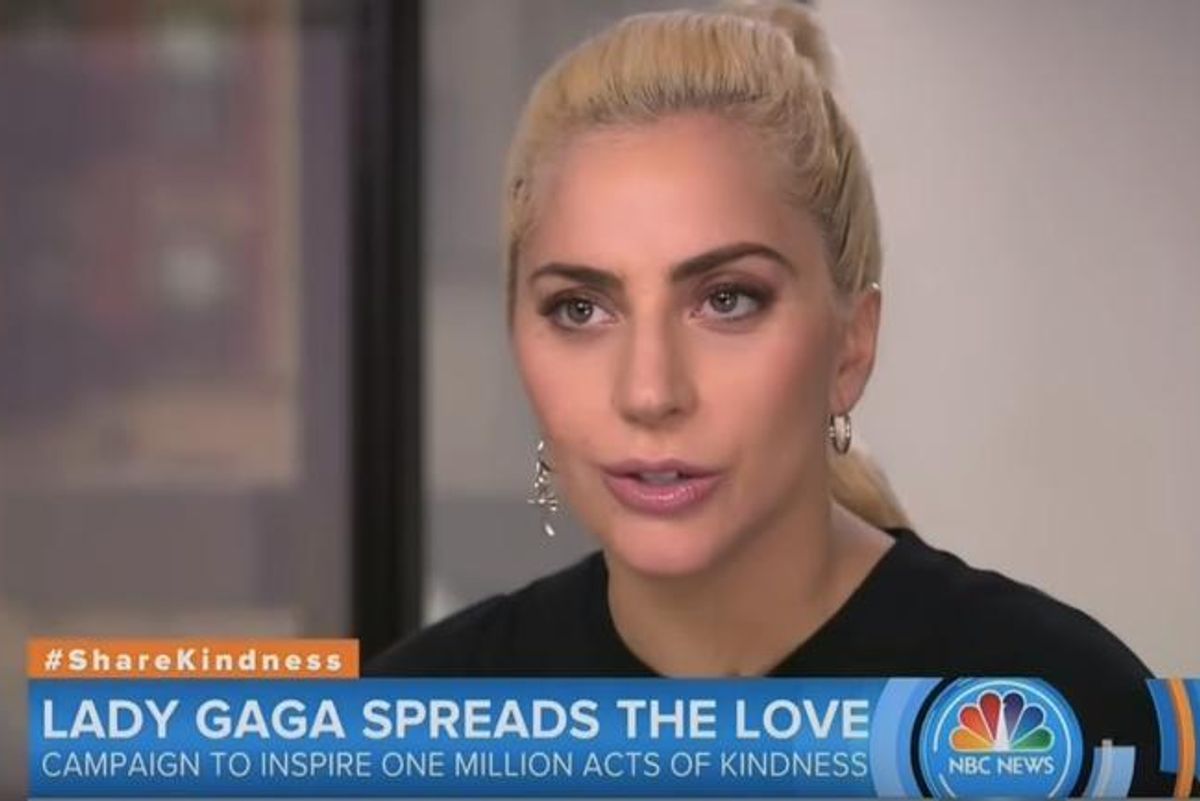 Lady Gaga Reveals She Suffers From PTSD From Sexual Assault

For the TODAY Show's #ShareKindness campaign, Lady Gaga (and her Born This Way Foundation) surprised Harlem's Ali Forney Center for homeless LGBT youth over Thanksgiving, showering them with clothes and gifts, guiding meditations, and performing songs from Joanne.

The pop icon also chatted with many of the youngsters about their experiences overcoming bullying, violence, and sexual assault, which Gaga could relate to, after being raped at the age of 19. Her Oscar-nominated song, "Till It Happens To You," from The Hunting Ground, was directly influenced by her experience, which she didn't share with anyone for seven years.

The singer revealed to the shelter residents that she suffers from PTSD, stemming from her assault, and--aside from professional help--she uses meditation to combat her anxiety.

"Meditation helps me to calm down," Gaga told the kids. "I don't have the same kinds of issues that you have, but I have a mental illness. And I struggle with that mental illness every day, so I need my mantra to help keep me relax.

She also admitted that she hadn't been public about her PTSD until now.

The kindness shown to me by doctors, and my family and friends--it's really saved my life.

Watch the full segment below.