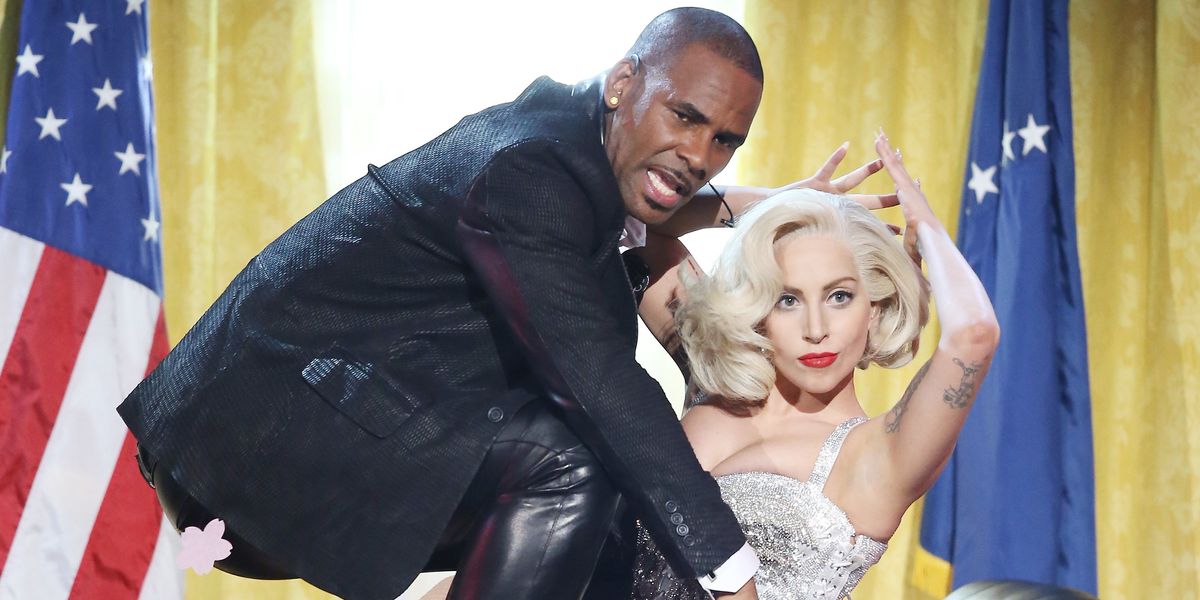 Lady Gaga's 'Twisted' Road to Speaking Out About R. Kelly

After facing heated backlash this week, Lady Gaga has, as of midnight, finally broken her silence about R. Kelly.

Since last week's premiere of the incendiary dream hampton-helmed Lifetime docuseries, Surviving R. Kelly, fans, activists, and artists, including the wonderfully vocal John Legend, have come forward with their outrage.

Considering that Kelly has been accused of sexual abuse by a steady stream of Black women and girls for decades, the resounding consensus has been "why not sooner?" — and it's a good question with answers that only now are we contending with. The Chicago singer has continued to prosper and be protected from legal scrutiny, despite the claims against him.

Related | John Legend Is the Only Celebrity Willing to Speak Against R. Kelly on Camera

Several artists who have previously collaborated with Kelly — and even those who haven't, such as the Roots' Questlove — declined participation in the series, possibly as a way to avoid entanglement in the mess, possibly as a statement somehow of its own. Questlove spoke out in a since-deleted Tweet, writing, "I always thought Kels was trash. My reason for declining the RKelly docu that I support 10000000 percent is I didn't wanna be in the 'good times' portion of the doc, like stanning for his 'genius.' I was asked to talk about his genius. I do not nor have I EVER stanned for him."

The show's executive producer dream hampton recently gave a Sirius XM interview saying that part of muting Kelly, as some activists are aiming to do, involves turning away from him entirely. "I want them to not have all these caveats about him, hampton said. "I would like to relentlessly hit them with so much evidence that they can no longer, without shame, be an R. Kelly supporter."

Someone who has been surprisingly silent (until now) is Lady Gaga, who collaborated with Kelly on 2013's ARTPOP single "Do What U Want," which we can now fully understand as a disturbing song in context regardless of its merits of songcraft. In the track, the duo trade verses about sexual availability and total compliance, specifically concerning Gaga's willingness to offer her own body as a vessel for any and all of Kelly's desires. Seeing as how most of the reports of Kelly's abuse concern women and girls being forced to serve Kelly's whims, having initially been lured or manipulated by him, the song is disturbing at minimum.

Adding insult to injury was a 2013 press conference in Japan, where, following a provocative SNL performance with Kelly, Gaga claimed the song was actually about media scrutiny, not sex: "R. Kelly and I have sometimes very untrue things written about us, so in a way this was a bond between us," she said at the time. "That we were able to say, the public, they can have our bodies, but they cannot have our mind or our heart. It was a really natural collaboration."

There was also a video made for "Do What U Want," directed by Terry Richardson, who has also been accused of sexual abuse by multiple women, that never saw release. In leaked clips that are now hard to find online, Gaga submits to Kelly after being drugged. (As if to unmake the backlash this all initially caused, Gaga re-recorded the song with Christina Aguilera, who sang Kelly's verses, and a solo version of the song leaked online, void of loaded context, causing fans to wonder, Did she really need to collaborate with Kelly in the first place?)

This "bond" Gaga has said she had with Kelly was called into question this week by dream hampton. "I wanted to know how Lady Gaga could be on SNL with him as someone who advocates for domestic abuse survivors and was, you know, had this ridiculous performance with him on SNL," hampton said.

Years later, Gaga co-wrote a song with Diane Warren for 2016 Best Original Song Oscar consideration, "Til It Happens to You," an anthem in support of sexual assault survivors, for a documentary about college campus rape, The Hunting Ground. She has also spoken publicly about her own experience as a rape survivor.

Gaga noted that other consequences included lasting physical trauma: "When you re-experience it through the years, it can trigger patterns in your body of physical distress," she said. " A lot of people suffer from not only mental and emotional pain, but also physical pain of being abused, raped, or traumatized in some type of way." She concluded the interview by saying she was willing to encourage frank discussion on the topic. "It's like, just get rid of all that trash. Let's get rid of it together."

This all collectively illustrates an objective point, too: that cycles of abuse take years for victims to navigate, to gain clarity on. That denial — whether it seems benign or violent — feels to a survivor like a legitimate coping skill until the pain can no longer be avoided.

Gaga, who is on the awards-season circuit again this year, with her debut breakout A Star Is Born performance and a new Best Original Song Oscar contender in "Shallow," had been noticeably silent in the Kelly conversation for years — and the Internet rightfully went in.

But tell me again how Lady Gaga isn't problematic and how her silence on defending R. Kelly isn't indicative of an… https://t.co/FzD2RWRo5x
— Ernest Owens (@Ernest Owens)1546874727.0

We had our own questions, too: As someone who has spoken about her own experience with sexual abuse, and been an advocate for the #MeToo and #TimesUp issues, could it be that speaking out about a friend or collaborators' actions as an abuser feels traumatizing? The trauma in question belongs to the Black and Brown survivors of Kelly's misdeeds. But is it traumatizing to Gaga, a white woman, to hear and witness those retold lived traumas?

Does being an advocate for Black and Brown women and girls, who the system routinely, disastrously fails when it comes to justice for their survival, somehow remind her of her own traumas? Is it difficult to break from the smile-and-wave correctness of awards-season politics to be a voice for something other than what she's promoting? How and what would she say if she chose to speak against Kelly? What do we expect? Whose voices are being centered in silence? Who speaks now?

And now we know: Lady Gaga stands behind the women who have come forward with stories about Kelly's horrific abuse, "1000%," as well as anyone, regardless of race, gender identity or sexual orientation, who has survived the pain of sexual assault. She feels that what she has heard is "horrifying and indefensible." And she understands that the song and video she made with him were damaging and "explicitly twisted," made at a "dark time" in her life, when she was younger, and had yet to process her own trauma — not an excuse, she says, but an explanation. She's taking "Do What U Want" off all streaming services. She wants people with sexual abuse trauma to seek help, and to share as openly and as honestly as possible.

So maybe now the question becomes, when a survivor speaks, who listens? We hope that by now everyone is listening.