After the NYC's Department of Sanitation deliciously parked several of their dump trucks in front of Trump Tower yesterday, Lady Gaga--staunch Hillary Clinton advocate and human rights warrior--decided to take it one step further, and protest on top of one of them, following Clinton's shocking defeat last night.

Only one night earlier, Gaga headed down to North Carolina (which ended up going to Trump) to rally for Hill, with a rousing performance from Joanne tracks and other past hits--the set included a duet with Jon Bon Jovi; the pop icon set up basecamp at Clinton HQ in her native NYC last night, tweeting for prayers when things began looking grim for democracy:

...and posed in a photo with Black Lives Matter leader/activist DeRay Mckesson, along with a message of unity:

In a room full of hope, we will be heard. Nothing can stop us. @iamderay #blacklivesmatter Stand up for kindness, equality, and love. pic.twitter.com/tYFJG7R7Ql
— #CountryOfKindness (@ladygaga) November 9, 2016

...and one of love trumping hate.

All of us today: 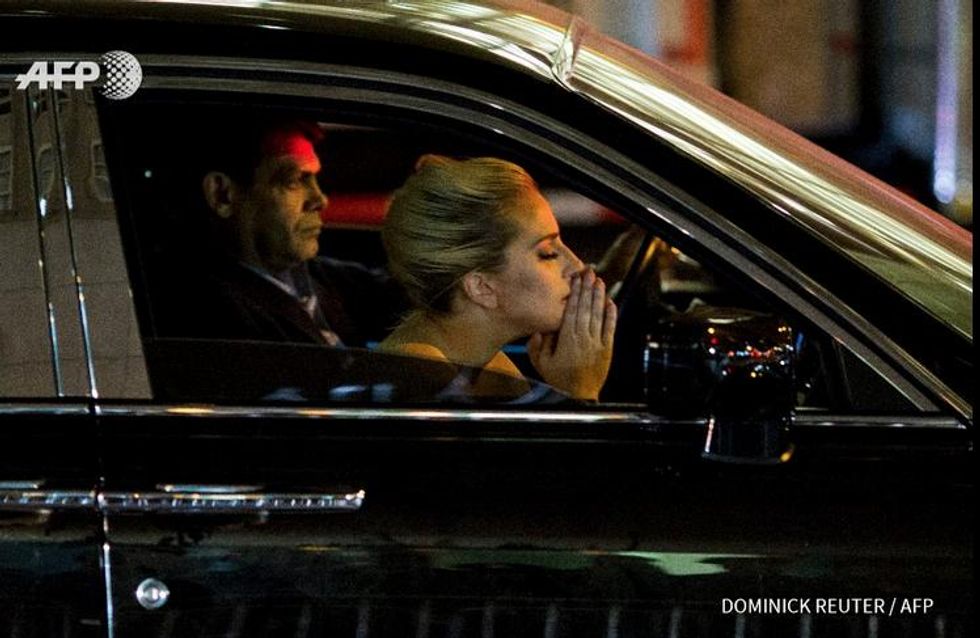