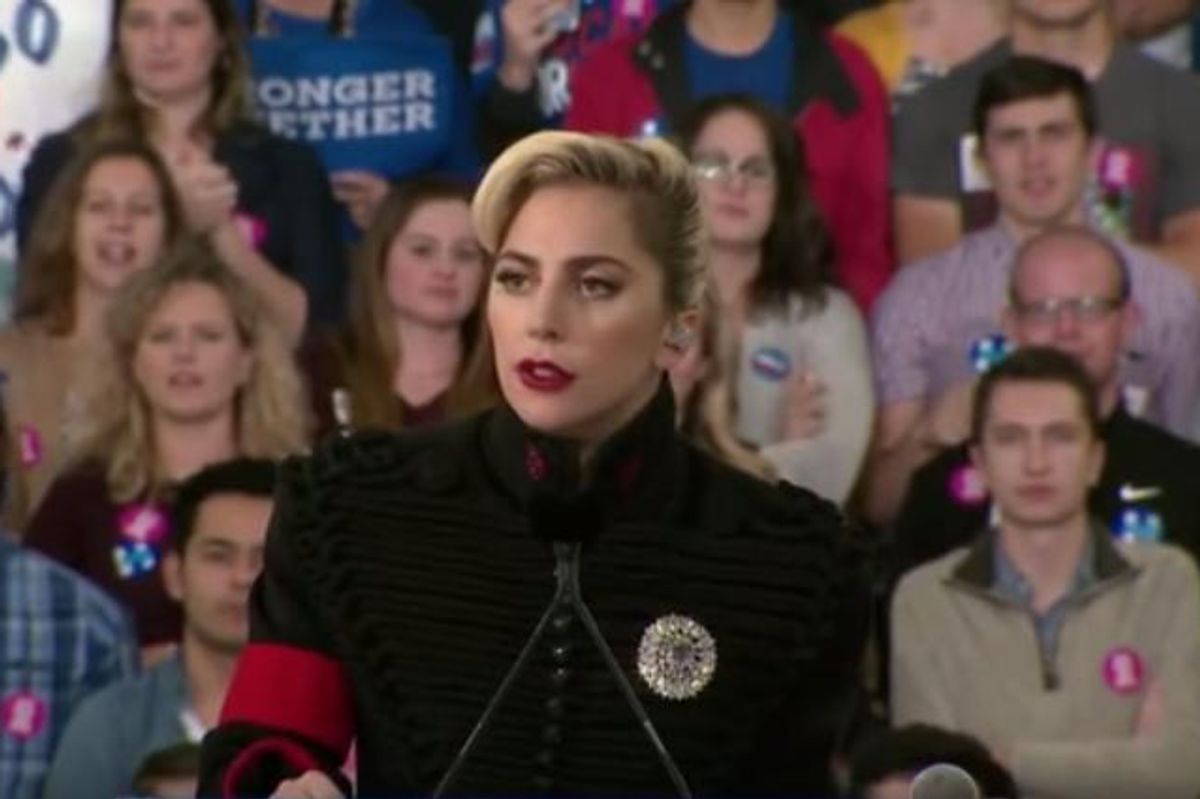 Lady Gaga manifested in Raleigh, North Carolina--election battleground--to campaign for Hillary Clinton, alongside Jersey titan Bon Jovi. Gaga, who's been soapboxing for Hill since the get-go, donned an original jacket worn by Michael Jackson during a White House visit in 1990.

The jacket caught flack by Trump supporters, who (not surprisingly) immediately, and idiotically, accused her of wearing a Nazi uniform.

Lady Gaga: This is not disconcerting at all. pic.twitter.com/SaA9qqicDN
— Paul Joseph Watson (@PrisonPlanet) November 8, 2016

Not today, Satan. Not today.

Gaga made a rousing speech for the future Madame President...

Mr. Jon Bon joined the Lady onstage for a stellar duet of his classic "Livin' On A Prayer..."

Gaga also performed her Joanne closer "Angel Down," which she had written in honor of Black Lives Matter, and Trayvon Martin.

...and her "give peace a chance," Father John Misty-scribed Bruce Springsteen homage "Come To Mama." TIMELY.