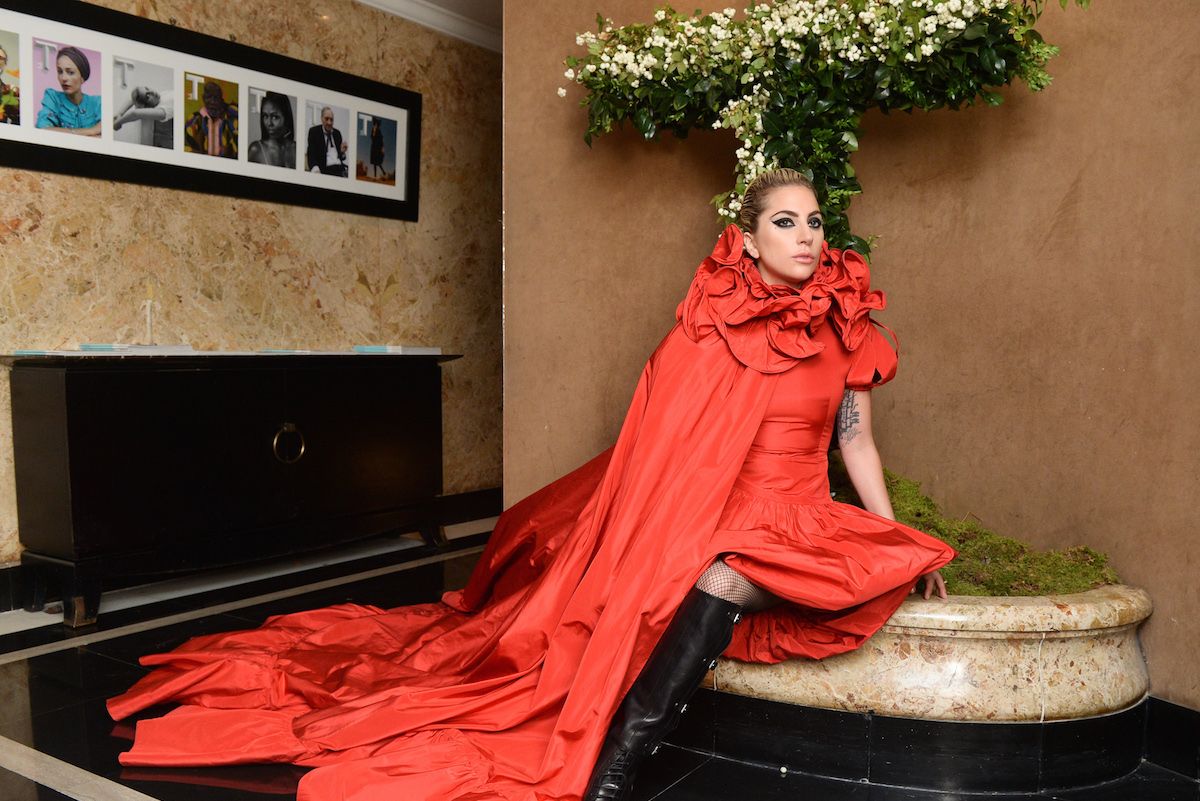 Read Lady Gaga's Moving Essay On Being A Modern Woman

Lady Gaga graces the cover of Harper's Bazaar this month, in a gorgeous shoot by Inez and Vinoodh, in tandem with the release of her excellent fifth album Joanne last month...

...and the pop icon penned an amazing essay about womanhood in the modern age.

Ms. Germanotta traced back to her upbringing, and how her outspokenness was passed down through the women who raised her, including her mother, and Italian grandmothers on both sides; she also touched on her late aunt Joanne, whom both her album and middle name are for.

Joanne died when she was 19. I called my album Joanne because Joanne's presence was always important to me. The best way to describe my relationship with her is that it's like the relationship someone might have with an angel or a spirit guide or whatever you think of as a higher power. Joanne died of lupus, which is an autoimmune disease, and from what I know of the history of my family, one of the reasons her disease may have worsened was that she was assaulted when she was in college. She was sexually assaulted and groped. Joanne passed away in 1974, 12 years before I was born, so I learned about her mostly through stories and pictures. But I also learned about her through the rage of my father and watching him pour a drink every night and through seeing my grandparents cry at the Christmas dinner table when it was clear that there was an empty seat they wanted to fill.

To Gaga, Joanne--although someone she had never met--became a symbol of female strength tenacity--a force that both guarded her, and that she wished to preserve. The singer related this sentiment into this current era of fear brought forth by the recent, deeply misogynistic election, and President-elect Trump's unfortunate victory.

I thought about Joanne as I was watching the news during the election about the scandal surrounding the Access Hollywood tape. Here we were, in 2016, and the fact that the sort of language that was being used to talk about women was everywhere—on TV, in politics—was eye-opening. I felt depressed and hurt by it because that's what that kind of language does. Then I watched our incredible first lady, Michelle Obama, talk in New Hampshire about how hurt she felt seeing it too. She talked about how women are often afraid to say anything because we're worried that we will appear weak—that we'll be told we're being over-the-top, dramatic, emotional. But we're not. We're fighting for our lives.

LG brings home this idea of courage against oppression, stating, "Being a lady today means being a fighter. It means being a survivor. It means letting yourself be vulnerable and acknowledging your shame or that you're sad or you're angry."

Read the full essay over at Harper's.