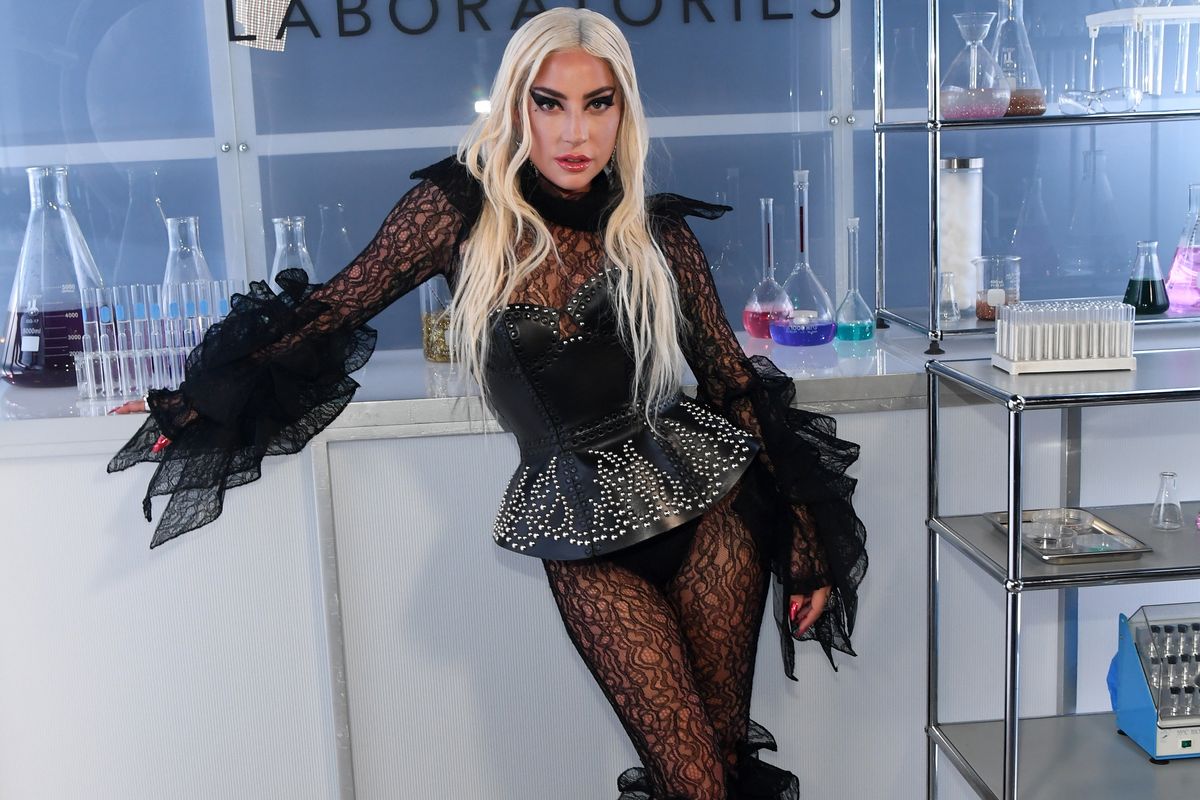 Lady Gaga reportedly rang in the new year with a passionate kiss from a mystery man — and that smooch has already spurred some speculation about the star's relationship status.

TMZ reports that Gaga was spotted hanging out at Brian Newman's "After Dark" show at Las Vegas's NoMad restaurant last night when she was spotted alongside a "dark-haired, bearded dude named Michael."

According to the publication, following a little on-stage song and dance number, Gaga and Michael began making out once the clock struck midnight. Oh, and apparently this was "not a 'friend' kiss by a longshot."

Not only that, but the two were then seen leaving the venue "hand in hand" — a move that subsequently led to a flurry of romance rumors surrounding her "new boyfriend."

just saw Gaga come out of the hotel with her new boyfriend, she was snatched but also super drunk 😭 pic.twitter.com/aLTliOUO5n

lady gaga got a new hot boyfriend, the first song that went viral this year was bad romance, she will star in a murder drama as lady gucci and will be forced to release LG6. 2020 will be the year of GAGA again pic.twitter.com/oFuWMCU1e9

Gaga, however, has yet to respond to the speculation.