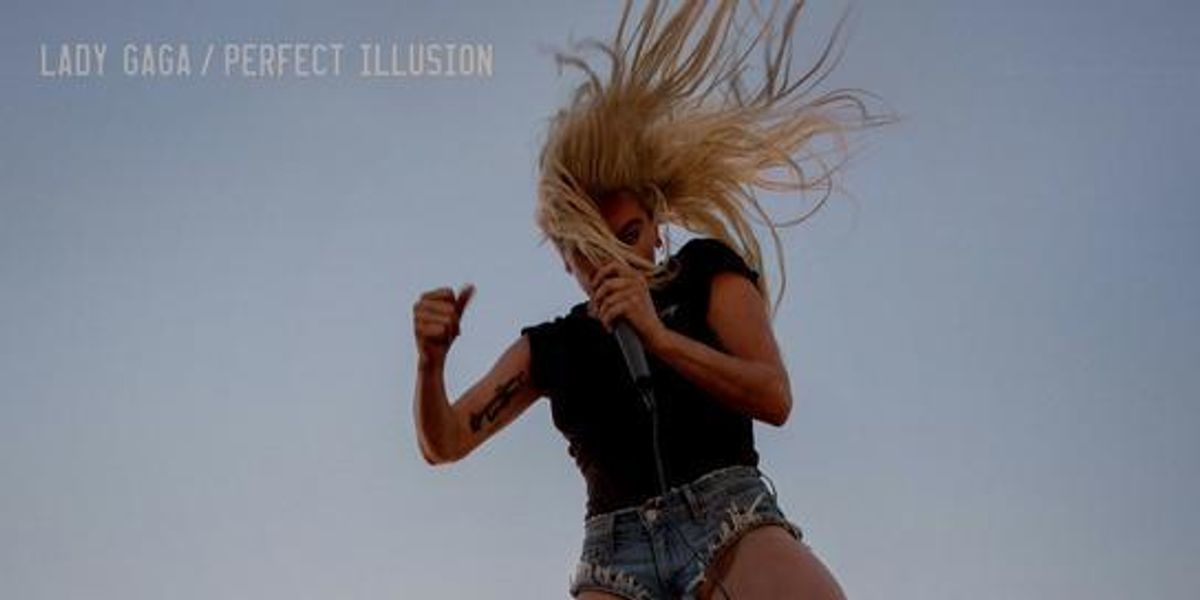 UPDATE: The Lady of All Gagas has dropped some surprising (and amazing) guest spots on her upcoming album, including Father John Misty, Josh Homme (who did some guitar work on "Perfect Illusion," the chillest Scientologist of all time, BECK, AND a duet with Florence Welch.

Of Welch, Gaga gushed, saying she was "One of the best—if not the greatest vocalist—in the world,."

The consensus is mixed, with more than a few being totally enthusiastic over the new direction the pop icon is taking, focusing on her soaring, raw vocals and more straightforward rock inspo; others are less than impressed.

This morning, the renaissance woman appeared in a BBC Radio 1 interview, and confirmed some exciting news about her currently unnamed new album, including that she has a duet with Florence Welch.

There's a feature on the album that I think you will be very excited about. Me and Florence Welch did a duet together. I started to work on an idea for a song that I really wanted to do with a girl. You'll see why when you see what the song is about. I just thought, 'Who do I want to sing with?' She's really to me if not the best, one of the greatest vocalists in the world. She's incredible.

May the new LG era commence.

Regardless of the completely valid and respectable #PERFECTILLUSION criticism ("Bad Romance" and "Alejandro" this is not), Gaga, once again, proves her A List pop status has not changed in her two years off from music, as the song is currently sitting at #1 on iTunes in 60 countries, including the US; her talents and determination are undeniable.

She is a woman continuing to carve out an entirely separate path than the pack, completely in control of her artistic vision, and manifesting her own sonic destiny with each decision she makes, whether it hits all the pop banger marks, or not; at least for me, it's impossible to not root for her.

That enduring claim that Lady Gaga is simply a "reductive" bootleg of Madonna lingers, of course, but the most palpable parallel between the two is a cultural--hetero and queer!--reluctance to support female artists who dare to be themselves, at any age, or take on the genre.

Also, this moment was truly all of us last night: