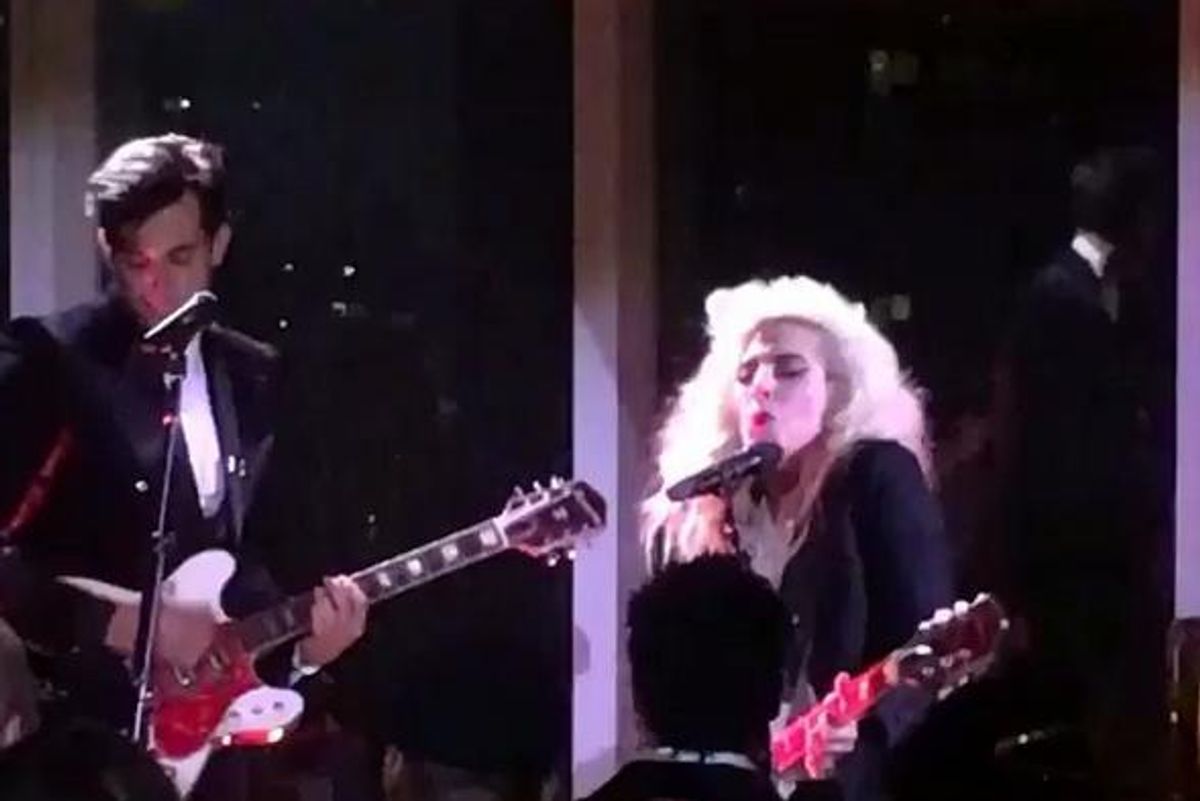 UPDATE: Gaga herself tweeted a video of the full performance. Watch it here!

The chrome-clad robo-lebrities of the Met Ball headed to the top of the Standard Hotel last night, for the official After Party.

VOGUE named Lady Gaga as one of the best dressed celebrities who attended the MET Gala! pic.twitter.com/GGrDpwUhf9
— Angel | Lady Gaga (@MonstersSpain) May 3, 2016

The duo offered up a seriously naaaaaarsty cover of Talking Heads' "Burning Down the House;" Miss Gagz even showed off her shredding skills on the rhythm guitar.

Watch them rock out with their c*cks out below.