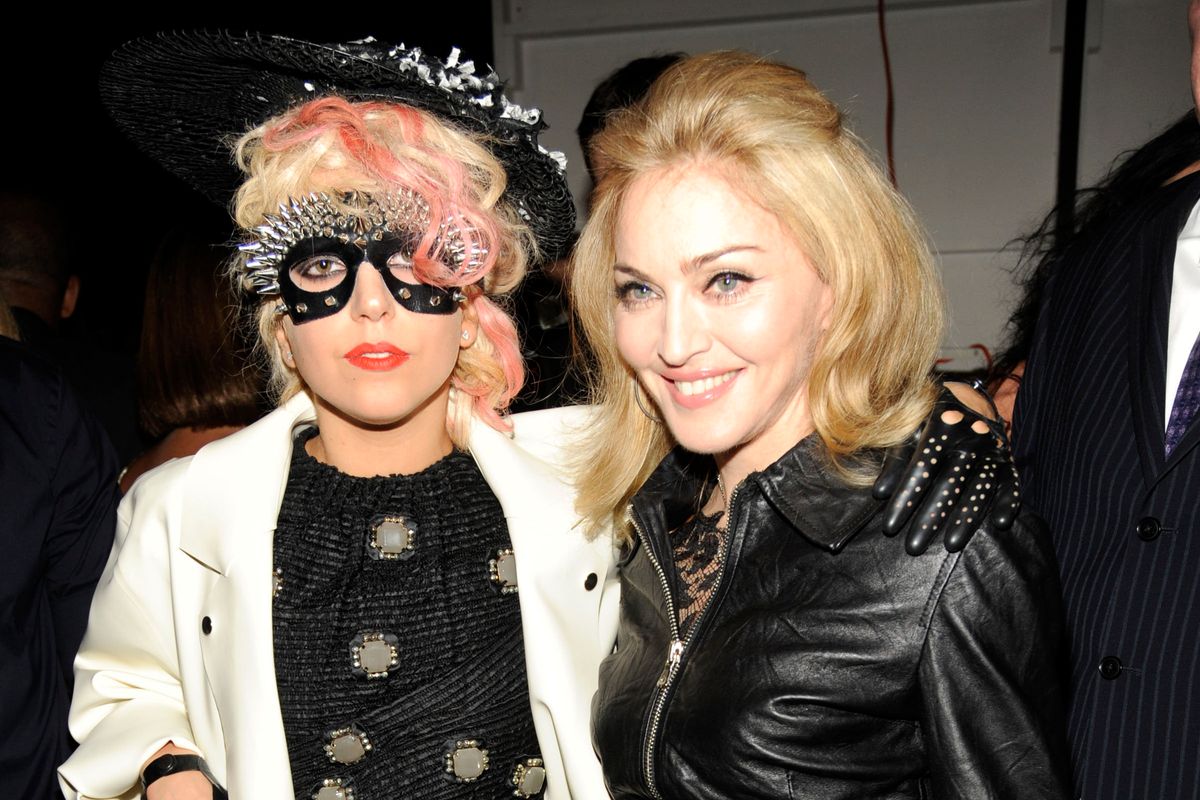 The sun is shining a little brighter than usual today, and there's peace in the air. Things feel calmer, kinder. Monday morning commuters gaze upon their smartphones with smiles instead of frowns. Everything suddenly feels like it's going to be okay after all, and maybe everything will. Because Lady Gaga and Madonna have finally squashed their beef! The war is over, and both sides won.

It was reported last week that Madonna had formally invited Gaga to her annual post-Oscars bash, which she co-hosts with entertainment mogul Guy Oseary. But until last night we weren't sure whether Gaga would dip from Vanity Fair's more established and star-studded after party to attend. Think of Madonna's invite as an olive branch — there has been bad blood between the two pop divas for a while now. Just two months ago, Madonna was shading Gaga on Instagram for allegedly stealing her "there could be 100 people in the room" line during the A Star Is Born press run. That post has since been deleted.

Gaga was sighted at Vanity Fair's event, but ended up in a photo booth with Madonna by the night's end. The two women posed for a portrait by TIME photographer JR. They're lying down against a chic crumpled paper backdrop, Madonna possessively cradling Gaga's head, Gaga cradling her Best Original Song trophy, a look of pure bliss on her face.

While Gaga and Madonna have been photographed together previously, their relationship has been strained since 2011, when fans and critics pointed out similarities between Gaga's track "Born This Way" and Madonna's 1989 hit "Express Yourself." Madonna referenced these similarities herself in a 2012 ABC News interview, then Lady Gaga responded a few years later on Zane Lowe's Beats One radio show, calling Madonna a "nice lady" but also shadily emphasizing the fact she doesn't play her own instruments. In her 2017 Netflix documentary Gaga hinted at reconciliation, expressing her admiration for Madonna in the most Gaga way possible: "I still admire her, no matter what she might think of me. I just want Madonna to push me up against the wall and kiss me and tell me I'm a piece of shit."

Sadly no one from TIME captured that specific moment last night, but let's all just assume it happened anyway.