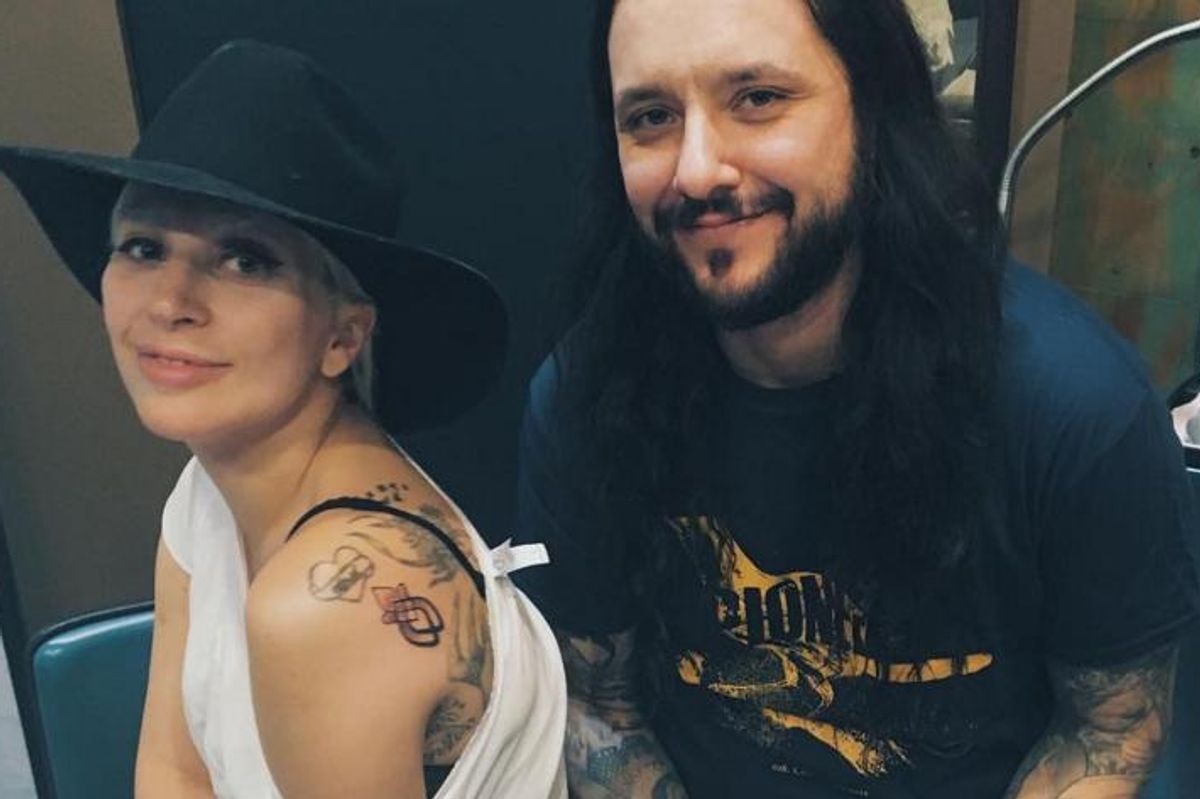 After her Oscars raw performance of the heartwrenching "Til It Happens to You", Lady Gaga apparently got matching tattoos with the other sexual assault survivors who joined her on stage that night -- in a poignant gesture meant to remind them all that they're never alone.

Earlier today, Gaga explained to the Morning Mash Up that preparing for that particular performance was very difficult, in the sense that she had to relive the pain of her trauma. So when one of the other survivors suggested they get tattoos in honor of the experience, she obviously agreed -- an incredible gesture we can't help but commend Mama Monster for.

Honored to tattoo a symbol of "unity" on @ladygaga today. An image of solidarity for survivors of sexual assault.