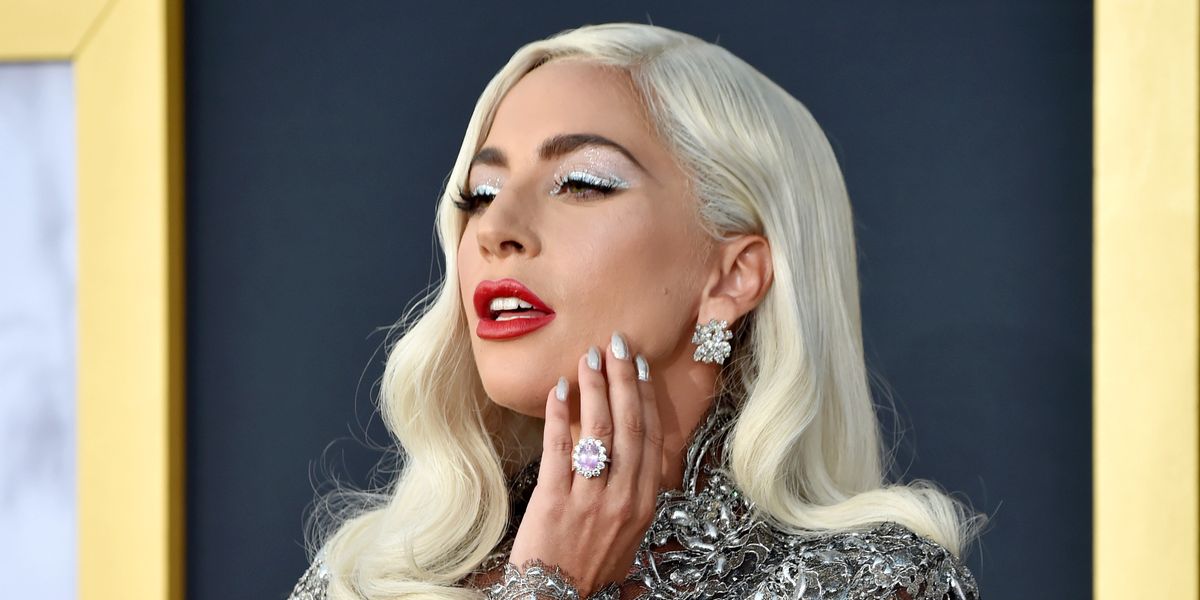 Lady Gaga is currently starring opposite of Bradley Cooper in an update of the 1976 film A Star Is Born, that featured Barbra Streisand and Kris Kristofferson. The film of the '70s though, is incidentally a remake in and of itself, as there was a prior two films that preceded even Babs' take on the storyline. Filmed in 1954 with Judy Garland and James Mason and originally produced in 1937, starring Janet Gaynor and Frederic March, it's a movie that has taken on many interpretations. While Lady Gaga's 2018 version might be the fourth in a line of a classic films that have hit nearly every generation since its inception with a newly relevant take on the theme, the singer seems to be playing favorites. At least, if her red carpet look has anything to say about it.

Hitting the red carpet on Monday night in Los Angeles, Lady Gaga stepped onto the deep black carpet for the film's premiere wearing a metallic silver Givenchy Haute Couture gown. With an Old Hollywood-looking structured bodice and long lines, there was a cape that draped over her shoulders and arms, fanning out like a train behind her. The look, for those die-hard fans of the Streisand/Kristofferson film, was nearly identical to Streisand's character Esther Hoffman's look when she accepts a Grammy mid-way through the storyline. On screen, Streisand wore a very similar metallic gown and shoulder covering and, what's more, Gaga even wore a very similar silver choker to that of Streisand back in the day. Gaga's jewelry, as it were, was Bulgari.

Related | Listen to the First Track From 'A Star Is Born'

Streisand is always very hands-on when it comes to the creative direction of her films and, incidentally enough, the actual costume credits on her 1976 filming of "A Star Is Born" read, "Ms. Streisand's Clothes From... Her Closet" The original look was described to InStyle Magazine in 2009 by Streisand herself, saying, "I designed the dress: I took a couple of my silver and black shawls and draped them. Isn't that cool? Slinky, snaky, shiny, adding, "I gave myself a little credit at the end of the movie-it just said, 'Miss Streisand's clothes from her closet.' I was made fun of, but it was the truth!"