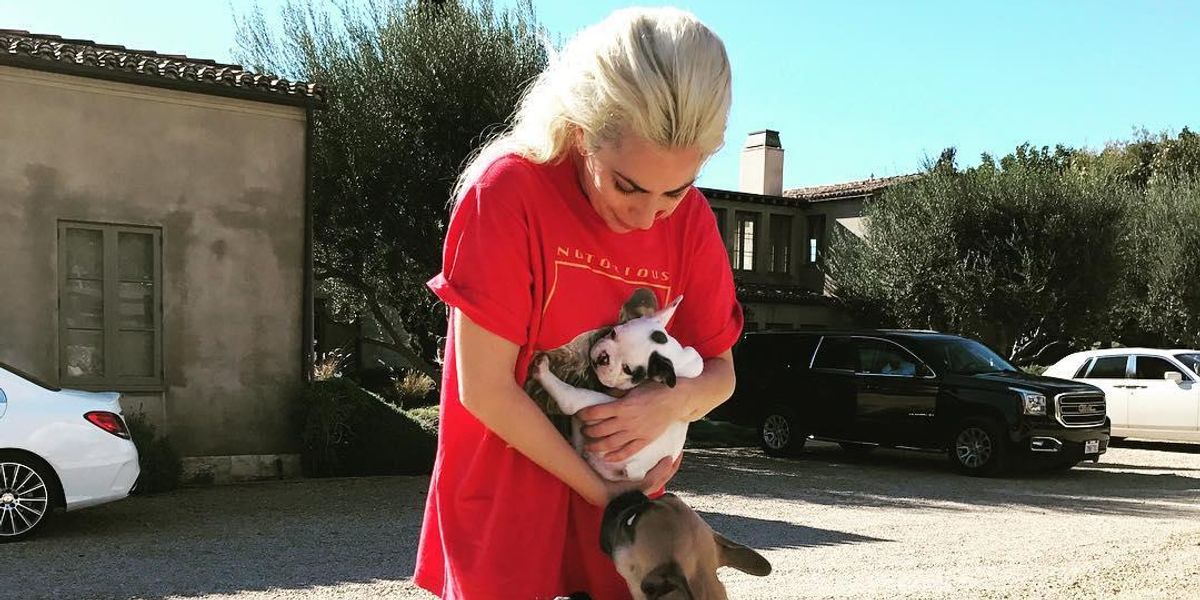 The LA Police have confirmed that Lady Gaga's dog walker was assaulted last night while walking three of her dogs, two of which were then stolen. The walker is in hospital after being shot with a semi-automatic handgun, condition currently unknown.

The assailant was seen driving away from the scene and heading towards Hollywood with two French bulldogs, named Koji and Gustav. Both feature on Gaga's Instagram from time to time. According to the New York Post, the walker was able to save another of the star's dogs, Miss Asia, by clinging to him during the assault.

Gaga is currently in Italy filming Ridley Scott's Gucci, in which she stars as convicted murderer Patrizia Reggiani. Her rep confirmed to People that she's offering a $500,000 reward for information about the dogs, and that anyone who has information pertaining to the case should email KojiandGustav@gmail.com.

TMZ sources say that while this at first seems like a planned heist with Gaga as an intended victim, it's more likely that the dog thief opportunistically stole the pets because French bulldogs are an in-demand breed.

We hope the dog walker recovers quickly, and that Koji and Gustav are returned safely!