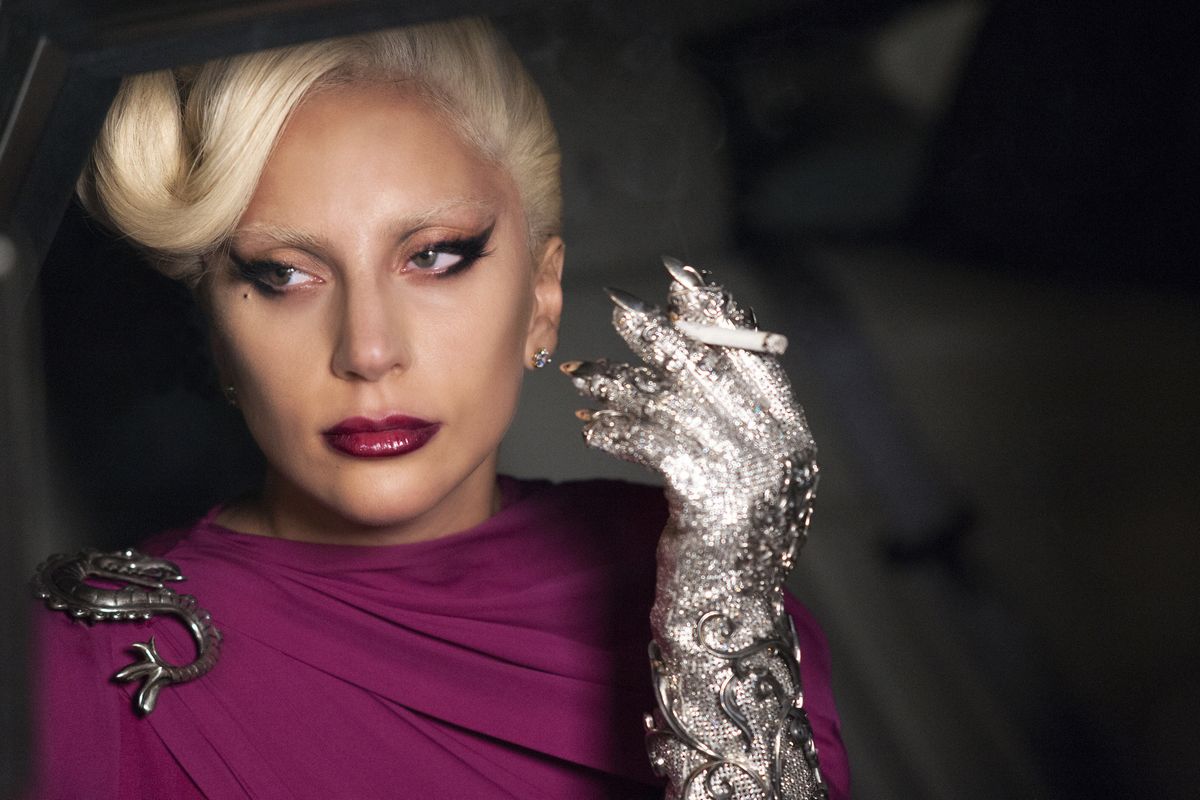 Lady Gaga Talks About How Acting Helped Her Depression

In a recent interview with The Sun, pop star Lady Gaga opened up about her struggle with depression and anxiety, as well as how acting in American Horror Story: Hotel has helped her in a way no medication has ever before.

Starring in the hit series as The Countess, the blood virus-infected, vampire-esque owner of Hotel Cortez, Gaga's proven herself to be a Monster of many talents -- though we're happy that she seems to be settling on this extremely healthy outlet. Because while she's always been pretty open about her mental health struggles, as she told The Sun, she's "tried a lot of things, but there is something about acting that has really helped."

Granted, she still gets nervous...Lest we forget that little anecdote she shares later on about some first-day filming nerves involving a barf bag -- which she thought was so funny that she saved and brought it to the AHS set. Lol?