Lady GaGa Got David Bowie's Face Tattooed On Her Torso

Ahead of her highly-anticipated David Bowie tribute performance at tomorrow's Grammy's, Stefani Joanne Angelina Germanotta (Lady GaGa in layman's terms) not surprisingly, went the extra mile, and branded her own body with Bowie last night. 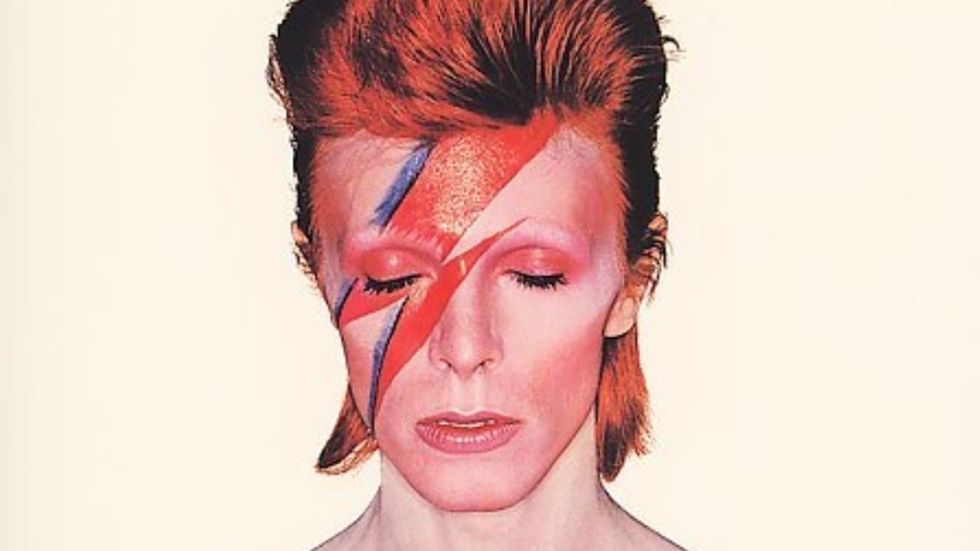 The OSCAR-NOMINATED AND GOLDEN GLOBE WINNING singer gave us a glimpse of the newest addition to her fairly extensive tat collection via Snapchat. 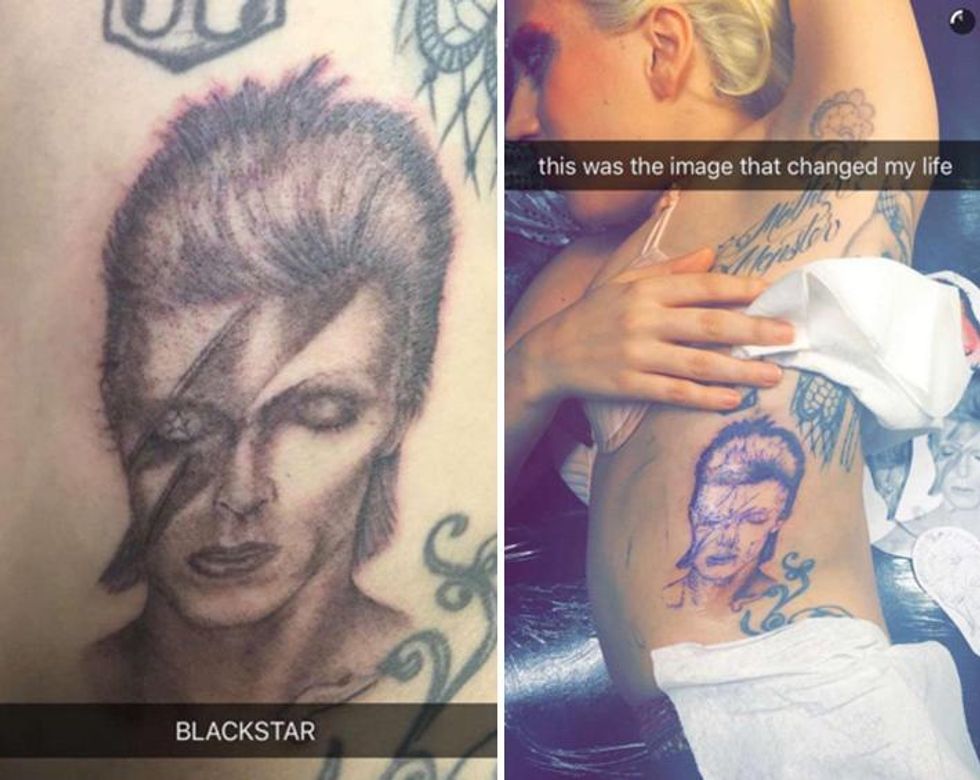 The pop superstar was quoted in a Hollywood Reporter podcast, released shortly after Bowie's death on January 10th, articulating the profound impact his artistry had and continues to have on her own:

"When I fell in love with David Bowie, when I was living on the Lower East Side, I always felt that his glamour was something he was using to express a message to people that was very healing for their souls."