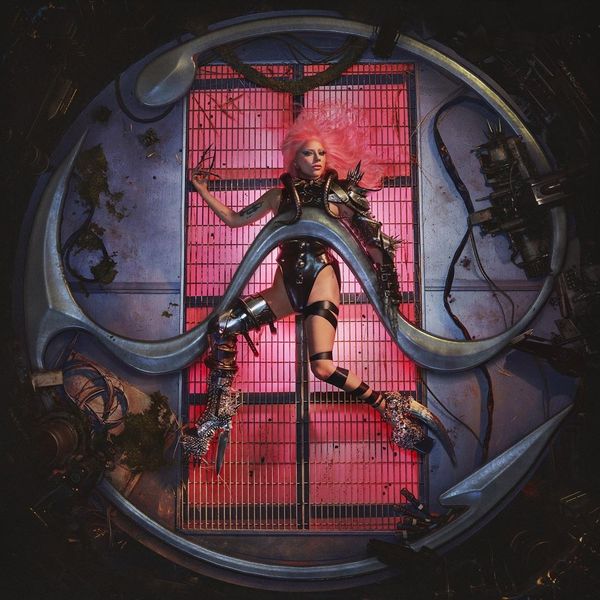 As soon as Lady Gaga unveiled the cover art for her upcoming album Chromatica, fans were immediately drawn to the singer's footwear. One of the boots featured a sharp knife blade as a heel while the other consisted of a giant horn. ("Choose your fighter," as they say.)

Beyond her killer shoes, Gaga's total look encompassed everything from a leather armored bodice to a pauldron, an arm, knee and leg brace and finally some sharp, articulated fingers that resembled claws. Naturally, it took a village to assemble this look together, with fashion direction by Nicola Formichetti and styling by Marta del Rio leading the charge.

Meanwhile, Gasoline Glamour designed Gaga's intricate steer-horned boot complete with embellishments and Swarovski rhinestones. The label specializes in handmade accessories like eyewear, jewelry and footwear and has been worn by the likes of Cher, Kim Kardashian and Katy Perry.

Rounding out the look, Gaga's team called on Australian artist Gary Fay to create the claws, which they painted on set to match the robotic looks. Gary Fay Creations specializes in made-to-order "articulated fingers" in bone, tree and mechanical versions. (He also created the claws for Gaga's LP cover.)