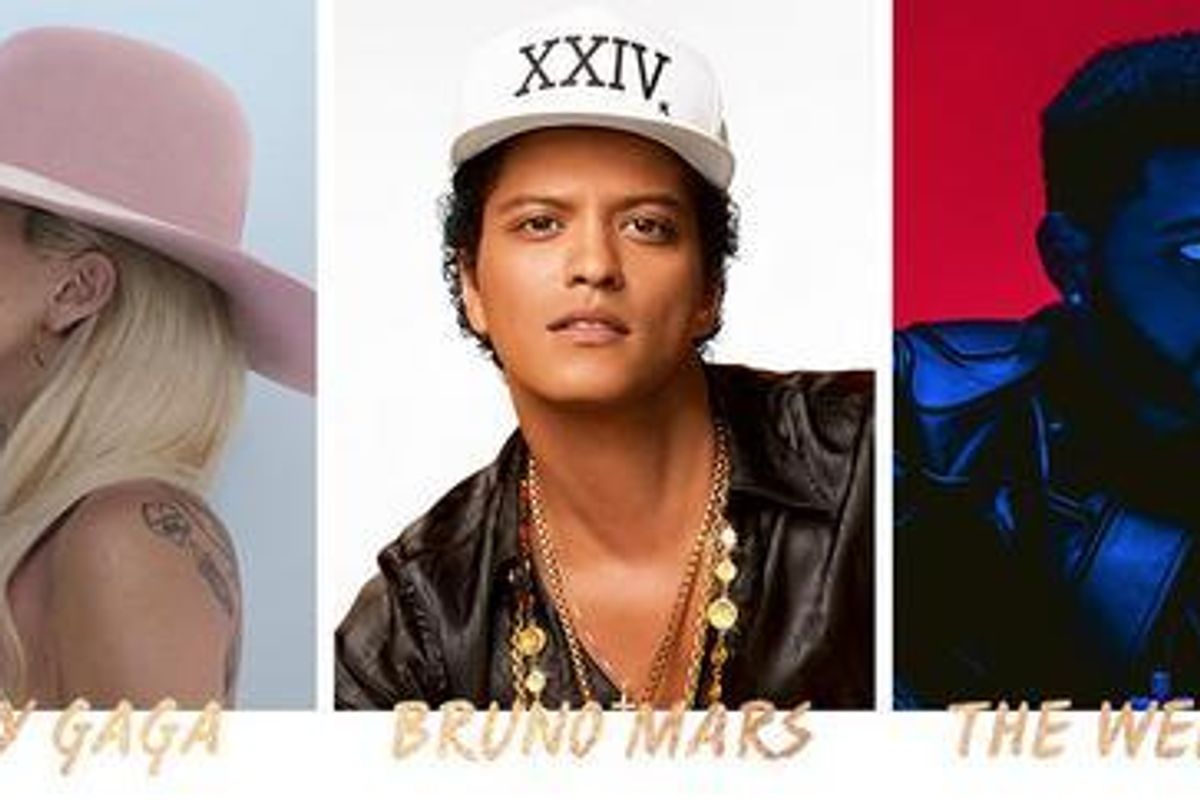 Lady Gaga, The Weeknd, and Bruno Mars Are All Set To Perform At The Victoria's Secret Fashion Show

The hallowed, annual Victoria's Secret Fashion Show continues in its tradition of big name musicians performing alongside the Angels, this year, with Joanne (the artist formerly known as Lady Gaga), The Weeknd, and sugary tween locked in a perpetual Star Search episode, Bruno Mars, are all set to lend their respective, glorious pipes to the evening.

This year's mega show will be taped in Paris, on November 30th; the Weeknd performed at last year's show (his girlfriend, model Bella Hadid, will walk in this year's show for the first time), with Bruno returning for a second round, following his 2013 performance; he will be promoting his new album 24K Magic, out November 18th.

Gaga, whose album Joanne is currently dominating the world charts (YES, IT IS) has already added to other huge events to her docket, with the American Music Awards on November 20, and more notably, the 51st Annual Super Bowl on February 5, 2017.

Gaga, Abel, Bruno: That is a LOT of diaphragm of one stage.