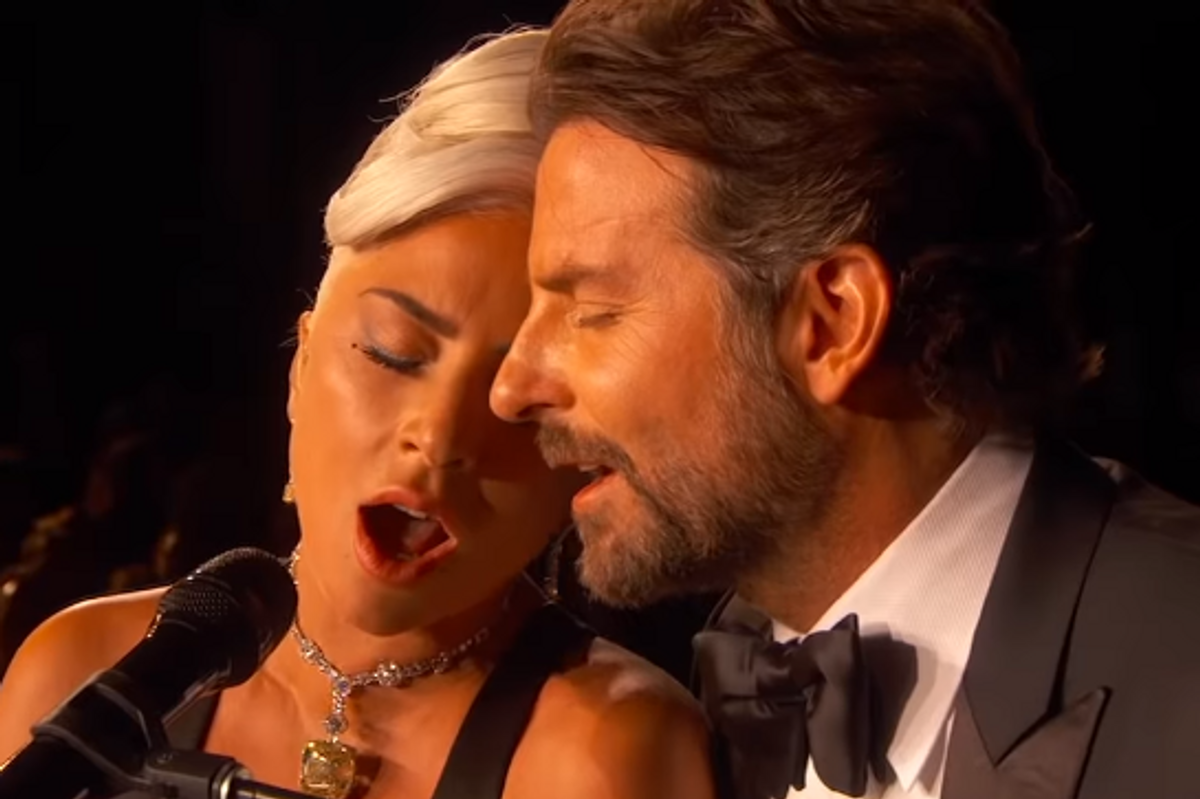 Lady Gaga Denies Being In Love With Bradley Cooper

The only truly entertaining moment of the 91st Academy Awards on Sunday night occurred when Lady Gaga and Bradley Cooper — aka Ally and Jackson Maine — performed "Shallow" live and came very close to kissing on stage. Even though Cooper's partner Irina Shayk was right there! (She seemed chill).

Gaga and Cooper's steamy A Star Is Born duet inspired thousands of thirsty tweets, and a flurry of online speculation about the nature of their relationship. Mel B even called out Gaga for breaking girl code by flirting with Cooper in front of Shayk, the mother of his child.

But maybe Mel and the rest of us should calm down. Lady Gaga appeared on Jimmy Kimmel Live last night to promote the cinematic re-release of A Star Is Born (out Friday, with twelve additional minutes of footage), and she immediately put a stop to the rumors. Shockingly, it would appear that she and Cooper, who were both nominated for acting awards at the Oscars, were doing just that.

"First of all, like, social media quite frankly is the toilet of the internet," Gaga explained. "And what it has done to pop culture is just abysmal." Accurate. "Yes, people saw love, and guess what, that's what we wanted you to see," she continued. "This is a love song, 'Shallow.' The movie A Star Is Born is a love story."

So there you have it! Acting! Speaking with Kimmel, Gaga also did her usual thing of crediting Bradley Cooper with everything. She said the whole Oscars performance was orchestrated by him, as the movie's director: "I never relinquish control on a stage performance… [But] I knew [Bradley] had the vision for how it should go… everything that you saw, the way it was shot... that was all him."

Admit that Gaga had you fooled for a minute there, then watch the whole interview, below.