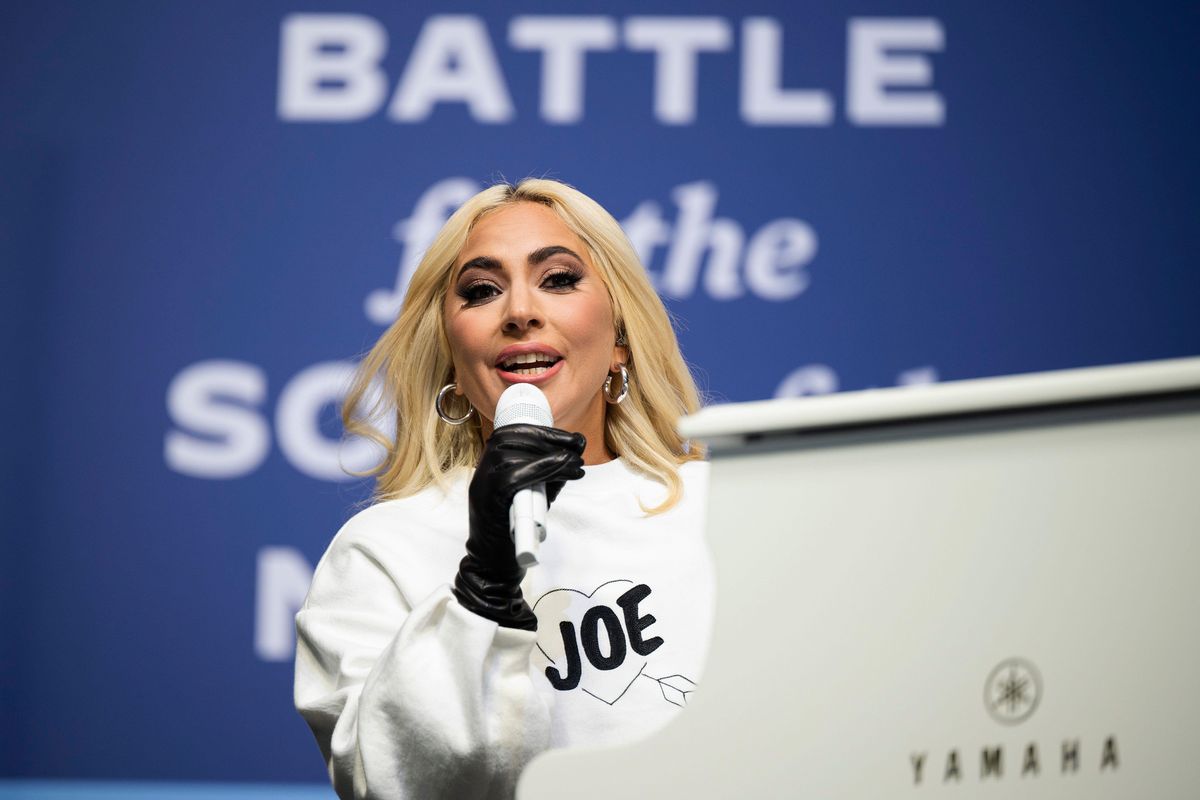 Lady Gaga announced today that she'll be performing the National Anthem (not "Shallow," the real one) at the inauguration of Joe Biden and Kamala Harris in Washington, D.C. on Jan. 20. Gaga unveiled the news on Twitter, saying that she was "deeply honored" to be singing at the event and to celebrate the inauguration.

I am deeply honored to be joining @BidenInaugural on January 20 to sing the National Anthem and celebrate the histo… https://t.co/5zBymVHD6y
— Lady Gaga (@Lady Gaga)1610640050.0

Additionally, the inauguration committee's Twitter account revealed that Jennifer Lopez will be performing at the event, but there's no word as to what her exact role will be. Acclaimed poet Amanda Gorman is set to give a poetry reading, as well.

Gaga's inauguration performance is the perfect announcement, considering her long-running support for Biden. Last November, Gaga appeared at a Pittsburgh drive-in rally for Biden and spoke to the audience about the importance of voting for the now-president.

"Like me, you've experienced the last four years and have all the evidence you need to look at this choice and know in your heart, without any doubt, that Joe Biden is the right choice," she said.

She additionally asked attendees to "vote against Donald Trump, a man who believes his fame gives him the right to grab one of your daughters or sisters or mothers or wives by any part of their bodies."

In 2016, Gaga sang the National Anthem during the opening ceremony of Super Bowl 50.