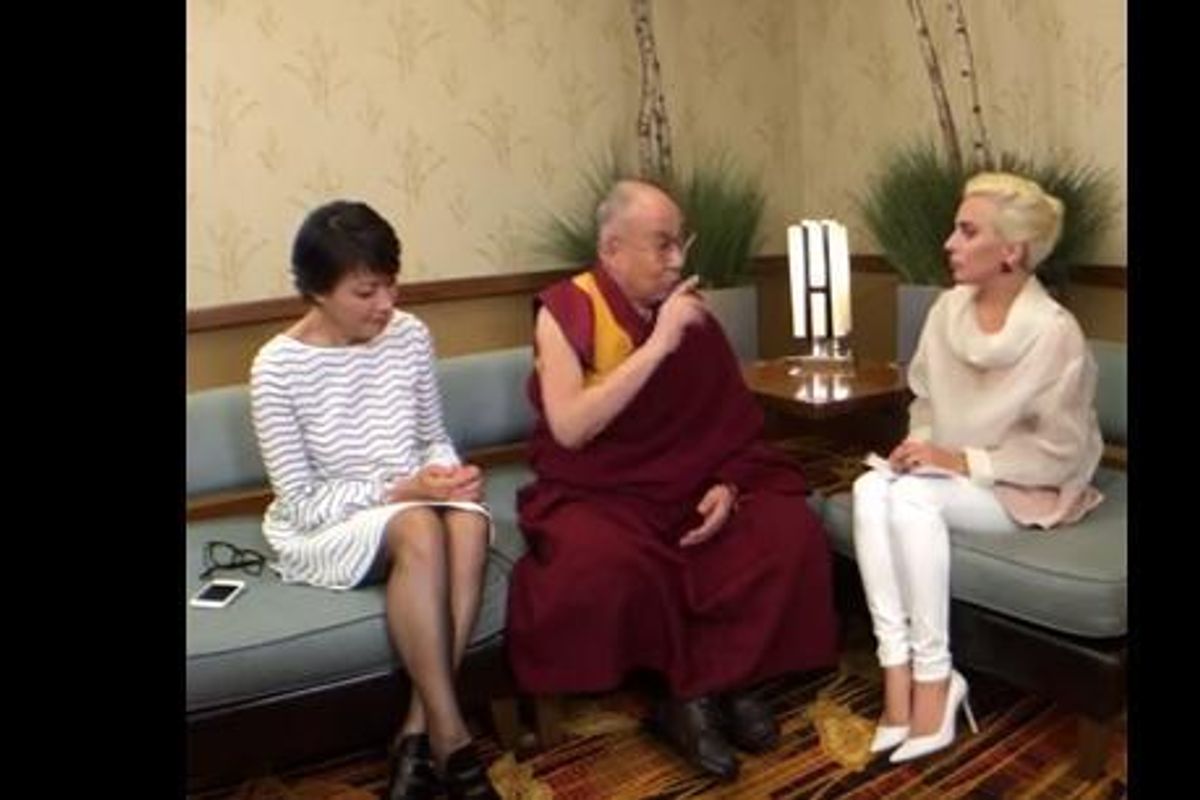 Lady Gaga's recent meeting with the Dalai Lama in Indiana has cost her a little fanbase of 1.4 billion people: China's Communist Party has added the singer to a list of "hostile foreign forces."

D.L. and L.G. met before a conference on ending violence around the world in Indianapolis Sunday, and spoke on meditating and "detoxifying" humanity from the unfathomable amount of crises occurring around the world.

China has branded Dalai Lama a threat since he went into exile to India in 1959, during the Tibetan Uprising--the government feels the leader has been working on breaking Tibet from Chinese rule, in order to establish his own tyrannical theocracy.

Apparently, China's propaganda machine wasted NO time, and issued a ban on all of Gaga's discography from, with its web servers being order to stop distribution of all disco sticks indefinitely.

They mean business, too: when a foreign reporter asked a spokesman for the Chinese Ministry if Gaga was GoneGone, he pulled a Mariah...

Me: will @ladygaga meeting with @DalaiLama lead to a bad romance with China?

Gaga is in good company for other pro-Tibet famous folk who are no longer welcome in the big C.

Brad Pitt, for starring in Seven Years In Tibet...

Richard Gere, for being Buddhist, and down with the D.L...

Sharon Stone, for being an outspoken humanitarian, and making comments about China's treatment of Tibetans following 2008's Sichuan earthquake...

Björk, for her consistent support of Tibetan independence, and for beginning a "Free Tibet" chant at a concert in Shanghai in 2008.

Martin Scorsese, for making his pro-Tibet biopic Kundun, about the current Dalai Lama, in 1997...

And Harrison Ford, for testifying at the U.S. Senate Foreign Relations Committee that he supported Tibetan independence.