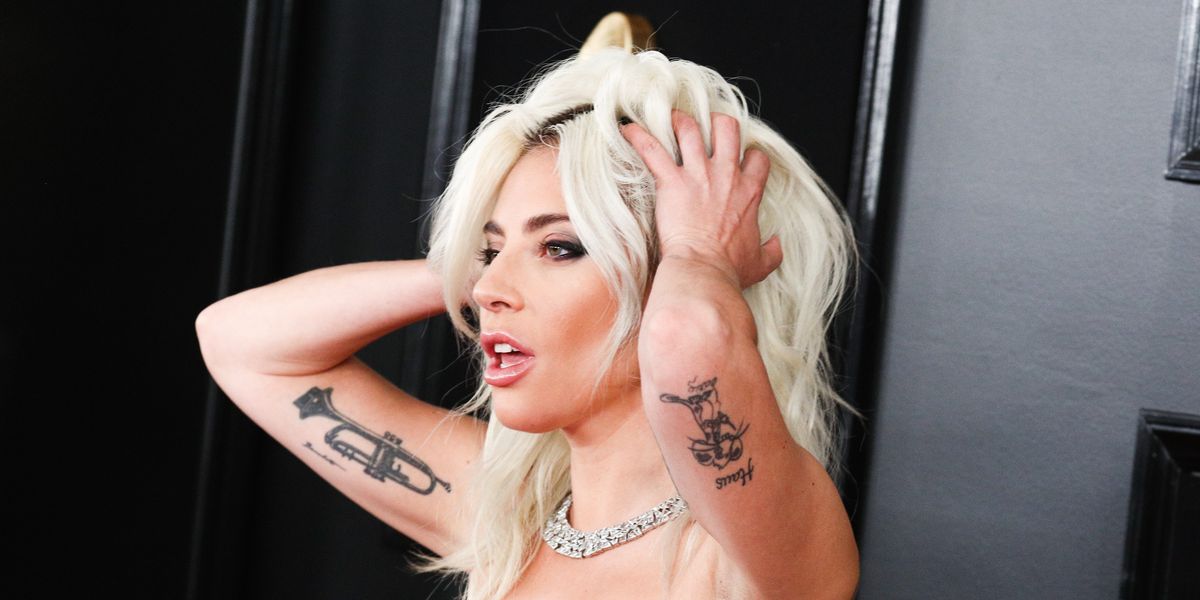 As Valentine's Day winds down to a close with lovers blissfully cozying up together for the night and single people breathing a sigh of relief that they have once again weathered the storm, it's a good time to take a step back and reflect on who truly did the most this year. It is also a really good time to appreciate Lady Gaga's full back tattoo.

In case you missed it, Gaga kicked off the holiday by showing off some timely "La vie en rose" ink running up the length of her spine. Done by LA artist Winter Stone, it is probably a surprise to no one that the massive new tattoo is actually one big A Star Is Born reference.

It makes sense that the Edith Piaf-originated song would hold special significance for Gaga. In addition to being the song sung by Ally when she is discovered Jackson Maine in A Star Is Born, it also happens to be the exact same tune Gaga sung at a cancer benefit Bradley Cooper attended in 2016 inspiring him to cast her as the lead. Given the emotional whirlwind journey the pop star-turned-acting ingenue has been on since the film's release it only seems fair that she would want to immortalize this moment in her life with a tattoo. It just really goes to say that there can be 100 ideas for a tattoo and 99 are terrible, but all it takes is just one blockbuster hit to find the right one.