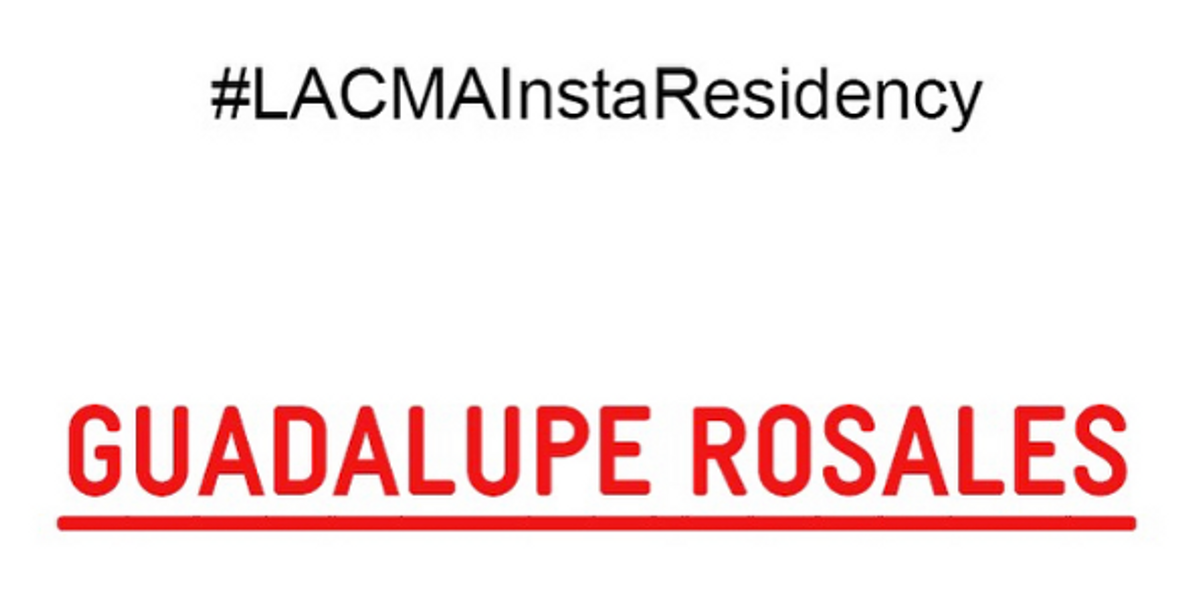 Museums have a long history of seeking out talented artists and then sponsoring them as artists-in-residence. Typically, these institutions work to find people creating interesting art and then invite them to temporarily live in the institution's space. This change in environment is deliberately employed to act as a separation between the artist and his or her usual surroundings — hopefully inspiring new creative avenues for the artist to explore.

But as we continuously see the definition of "art" expanding exponentially with every passing day, it seemed like only a matter of time before these institutions started recruiting "artists" who were working in less traditional mediums just to keep up. Enter Los Angeles County Museum of Art — or LACMA, as it's more commonly called — who just announced the museum's first "Instagram artist-in-residence," Guadalupe Rosales, who was chosen because of "her use of Instagram in an expanded sense. She thinks about the platform in the way that curators and artists use research to approach their work, and highlights the different ways of telling stories visually, drawing out people's experiences in a narrative way."

Rosales currently runs two wildly popular Instagram accounts, @veteranas_and_rucas and @map_pointz, which boast 117,000 and 14,200 followers, respectively. The accounts are dedicated to archiving '90s era culture in Southern California: "women raised in SoCal" for Youth Foto Archive, and the "party crew/rave scene" for Map Pointz Project, according to the account's respective bios. With over 3000 posts on the Veteranas and Rucas account and with Map Pointz following close behind with close to 700, there's no question that Rosales is taking her artistry seriously — and her appointment to this new role is not as bizarre as the title would lead you to believe. But if you still wonder whether this residency was warranted, Rosales has also displayed real-world intellect: she has lectured at places like UCLA's Chicano Studies Research Center, the New Museum, the Vincent Price Art Museum, New York University, and the Graduate Center in New York.

Starting today, Guadalupe Rosales will take over the official LACMA Instagram account for six weeks where she will "show and talk about art in a different way, beginning with my personal take, then offering the platform to the public for an open discussion."

Check out the artist's first post for the museum right now.