In a gold-threaded blazer, her recognizable Jimmy Neutron dollop 'do perched prominently atop her head, Eleanor Jackson, one half of British electro-pop duo La Roux, stole the show at Webster Hall Thursday night. Her better half, Ben Langmaid, forgoes touring, favoring anonymity to the limelight.

Jackson, however, managed nicely on her own. An icon in training without the painfully obvious obsession with fame, Jackson's performances come with the same hubris and bite that shines through in her interviews, and her lyrics about lost love and heart break are captivating and candid. The set list included many of her post-heartbreak ballads, including "I'm Not Your Toy," "Quicksand," "In For The Kill," and, perhaps most moving, "Cover My Eyes," a sad one about seeing the one you love with someone else.

Jackson's most famous love song, the badass anthem "Bulletproof," served as the set's encore. In deference to a song about putting on emotional armor, Jackson skipped out in a heavily shoulder-padded leather jacket with gold detailing, revving up the evening another notch with this gem of a final act. Lights strobed as she marched in place, reaching out to touch the hands of fans as the words "La Roux" flashed behind her in succession throughout this closing scene.

Our fair lady from across the pond's been touring with Boston-based Yes Giantess, a band who first caught my attention with their sick remix of Erik Hassle's "Don't Bring Flowers After I'm Dead." If you haven't heard this ditty, listen to it stat. They kicked off the evening with seven songs, most notably their delicious throwback "You Were Young," a teenage angst-laden emo number that shows off their synth skills and  timeless appeal. Catchy as anything, their "Tuff 'N' Stuff" is lyrically cheesy but totally dope. That said, with their raw talent and pop-bop potential, along with their feisty lead, Jan Rosenfeld, these guys are on to something. They just need to grow into it a little bit. There's a reason La Roux invited them to open in the U.S. and Canada before returning to Europe. Record label execs, take note. 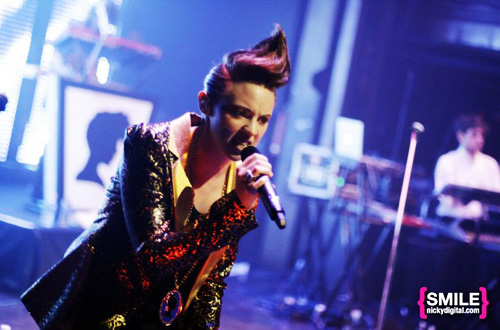 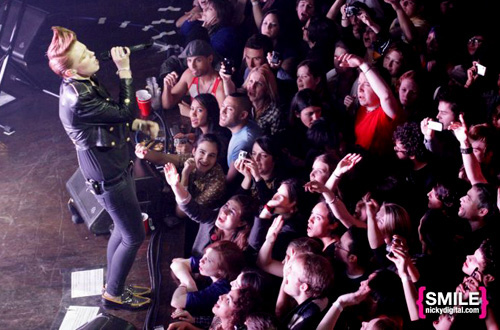 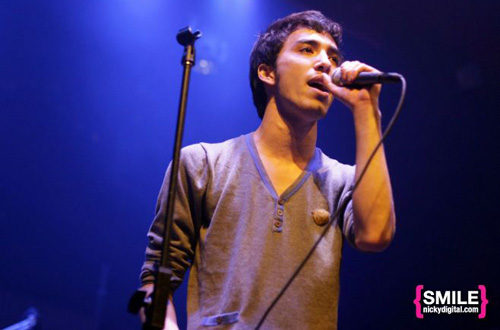 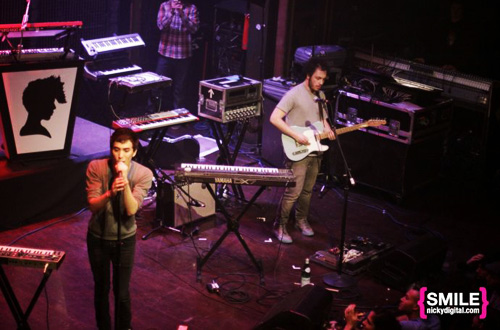