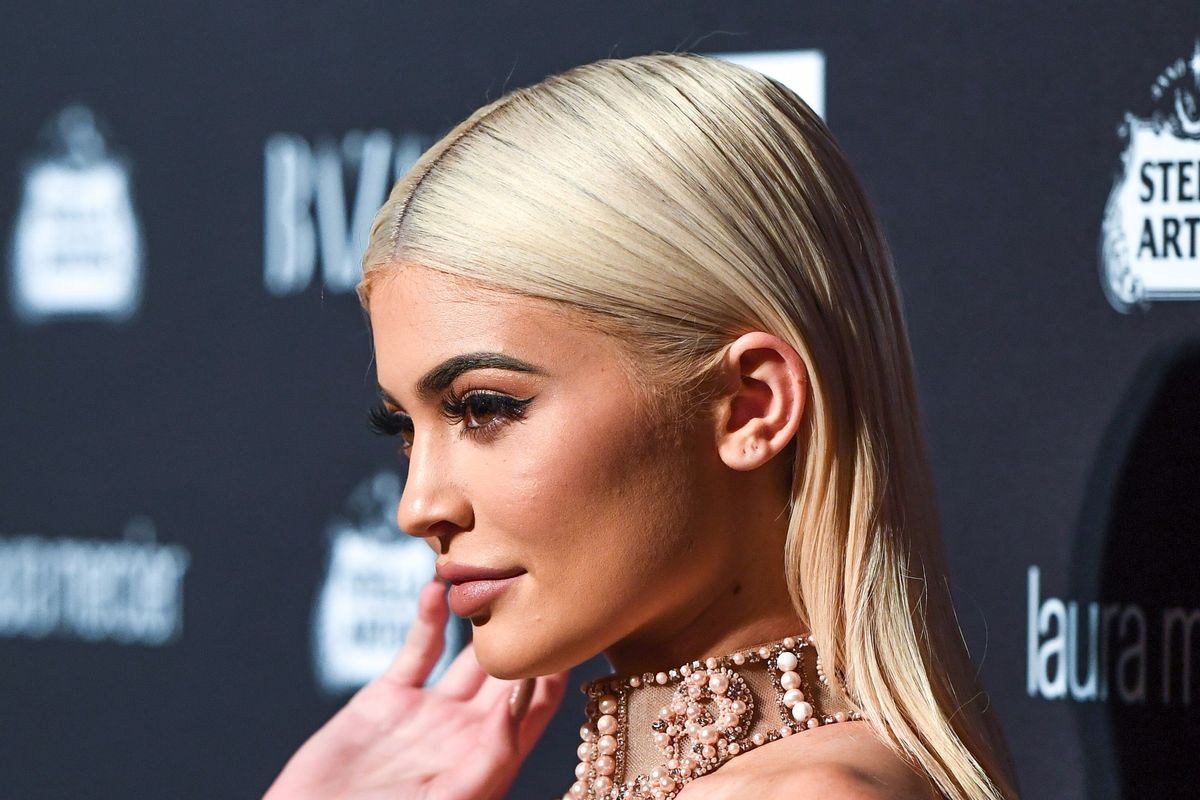 Kylie has been teasing about her store's launch for ages. We knew it'd host a range of tshirts featuring the social media icon and her rapper boyfriend Tyga in compromising positions, and we knew thongs would be part of the mix, but we didn't know fans would fill up every floor of the mall as they awaited opening time.

The pop-up, located in the Topanga Westfield Mall, opened on Friday morning. Fans filled up the entire ground floor of the mall and created lines that snaked to the top floors. Preparation for the onslaught began a full 24 hours in advance, according to mall employees. Before entering the store, they had to go through a metal detector, Us Weekly reports.

Kylie showed up around noon, along with Tyga and Jordyn Woods, to greet shoppers and snapchat the whole thing.

The store featured a wall of Kylie's lip kits and more items than she had in her online store. According to Kylie's team, the store was designed by the Kylie herself and replicates the design of her bedroom.

The pop-up will be open for "as long as supplies last." (Which, given the turn-out and how quick her lip kits go, probably won't be long.)