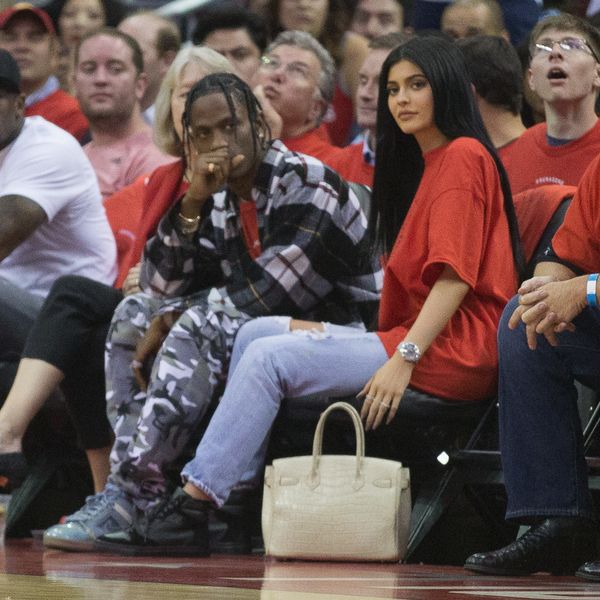 Kylie and Travis Patch Things Up

Well, you clicked, so here's the latest on Kylie Jenner and Travis Scott: they went out to dinner in Los Angeles last night. They ate at Sweet Chick, co-owned by Nas. Scott and Jenner recently hit a rough patch when Jenner reportedly confronted her boyfriend about cheating rumors earlier this month, just as the Jordyn Woods scandal was breaking. She supposedly found evidence of said cheating on Scott's cell.

Last night marked their first appearance together in a while, as TMZ notes. Although Travis has made public declarations of his commitment to Kylie by shouting out "wifey" during his Astroworld tour and wearing a hoodie with Jenner's face on it.

Maybe it worked! Jenner, Scott, and their daughter Stormi enjoyed some cute family time, and maybe they're all gonna make it after all. TMZ sources claim that while they didn't officially split over Scott's alleged infidelity, they came close and the relationship was "strained." Now they still "need time to figure things out."

Scott and Jenner might have reconciled, but nobody has forgiven Jordyn Woods. Kylie was reportedly unimpressed with the Red Table Talk apology tour and isn't interested in welcoming Woods back into the Calabasas inner sanctum. Woods, who was forced to move out of Jenner's guest house in a hurry when the Thompson story broke, is yet to come and collect her remaining possessions.