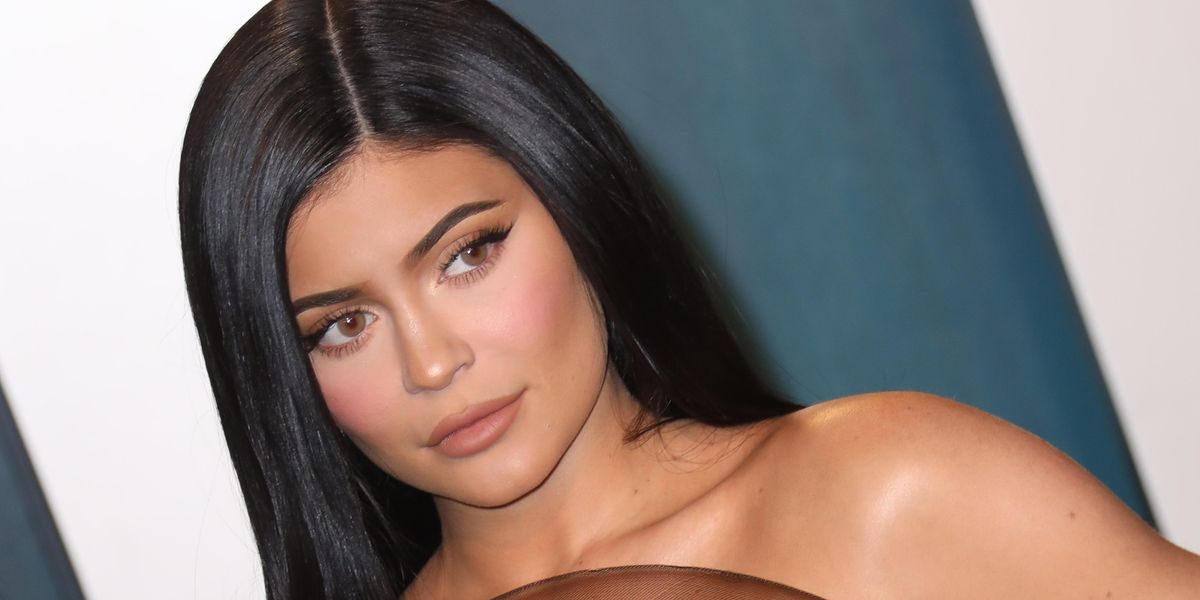 After months of silence, Kylie Jenner finally gave the world a first look at her upcoming Kylie Swim venture. Today, the reality mogul teased a preview of what to expect via an IG selfie of one of the looks: a high-cut swimsuit with criss-cross straps, halter neckline and bold sunset hues.

On IG Stories, she shared a glimpse of a second look: a tangerine orange one-piece with side cutouts. According to her Story captions, she's currently on set for Kylie Swim, presumably for the brand's first campaign and/or lookbook.

It's the first apparel line for the 24-year-old billionaire after launching a cosmetics and skin range, following in her sisters Kim and Khloe's footsteps with SKIMS and Good American, respectively. According to the WWD, Kylie Swim will feature swimming costumes, cover-ups and bikinis, with '80s silhouettes and touches of neon and glitter to be expected.

She first requested trademarks for 'Kylie Swim' and 'Kylie Swim by Kylie Jenner' in May of this year under swimwear, beach cover-ups, headwear, tops, bottoms, footwear and robes alongside accessories like sunglasses, towels, outdoor blankets and beach bags. No release date has been set yet but the brand's IG bio currently reads "Coming Soon..."