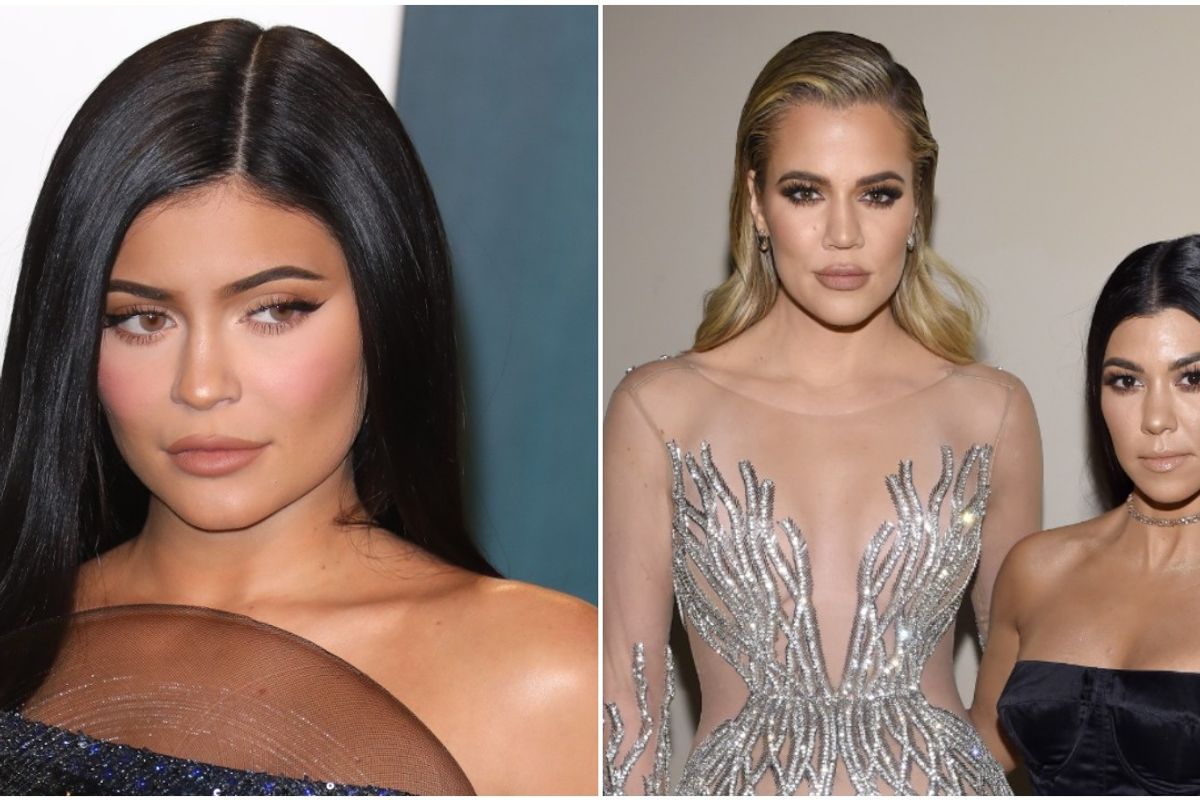 As you probably know by now, Kylie Jenner's been using her quarantine to create content non-stop. But aside from her supposed Photoshop fails, she's also been hard at work on some pretty funny TikToks, including a new one that takes aim at older sisters Khloé and Kourtney Kardashian.

On Tuesday, the star took some inspiration from one of Khloé and Kourtney's infamous Keeping Up With the Kardashians fights — namely the one in which they argue over the WiFi.

With the help of BFF Anastasia Karanikolaou as Kourtney, Kylie played the role of an irritated Khloé asking her sister "what the fuck is up with your WiFi?"

"You have this big ass house and you can't afford a WiFi box out here?" she continued, before Anastasia chimed in by replying, "It's not about affording. It's about radiation."

But the best part of the whole video? When Kylie takes back over as Khloé and says, "You're gonna die anyway. You understand that, right? Die with a good Snapchat going through. What the fuck?"

And truer words have never been spoken. Watch Kylie's iconic TikTok for yourself, below.

♬ Radiation from Keeping up with the Kardashians - e_entertainment