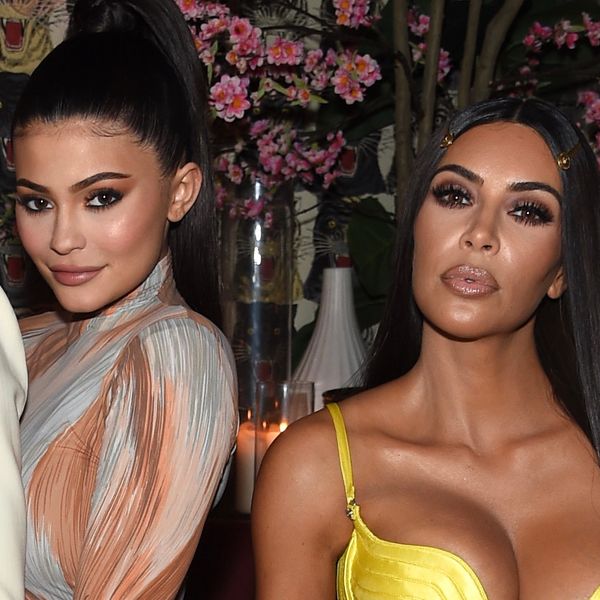 Kim and Kylie Both Made the Forbes List, Can You Guess Who's Worth More?

It's officially that fun time of year when Forbes ranks the wealthiest people in America as a reminder to us that living under the boot of capitalism can occasionally pay off if you are either born into wealth or play every single card right (and have a tremendous dash of luck).

This year, Kylie Jenner made the 27th spot on Forbes's list of America's Richest Self-Made Women, with a mind-boggling estimated net worth of $900 million. That makes her the richest member of the Kardashian clan, with Kim ranking 54th with an estimated net worth of $350 million. Kylie's projected to be worth $1 billion by the time she's 21, which will make her the youngest billionaire ever, even trumping Mark Zuckerberg.

Kylie's money largely comes from her cosmetics brand, Kylie Cosmetics, launched in November 2015 and famous for its lip kits. She owns 100 percent of the company, which Forbes reports is worth $800 million. In addition to being the youngest daughter of reality TV mogul Kris Jenner, Kylie is also the youngest person on the Forbes list, which includes celebrities like Beyoncé and Madonna and also Anastasia Beverly Hills beauty founder Anastasia Soare.

The "self-made" title may be especially confusing, given that Jenner is a member of one of the most recognizable families on the planet. Forbes defined a self-made woman as "anyone who didn't inherit any part of their money," according to WWD, meaning that Kylie's fortune comes from her company and brand endorsements (and not literal family inheritance).

In an interview with magazine, of which she's on the cover, Jenner said she'd think about passing the company along to her newborn daughter, Stormi. Forbes thinks that the venture won't be around by then, and who knows? She did recently dissolve the very lip fillers that first made her brand so famous in the first place.