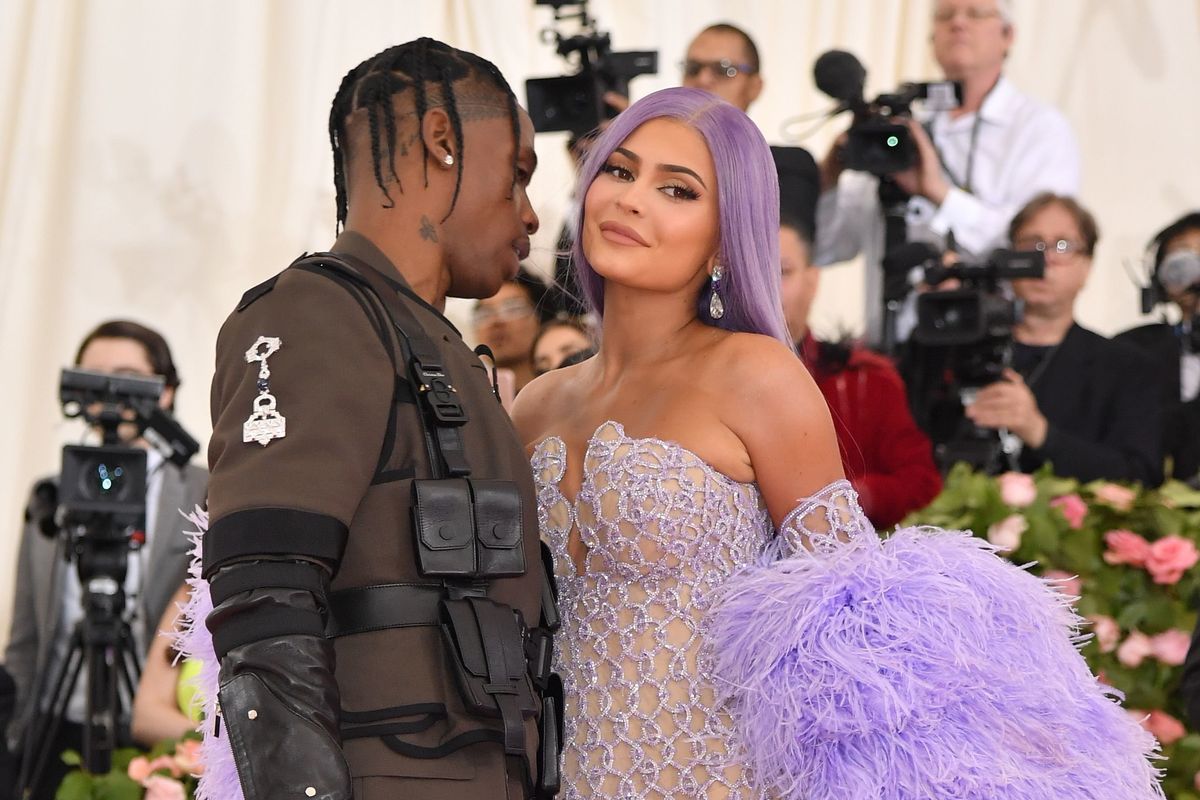 Kylie Jenner and Travis Scott first appeared as a couple on the cover of GQ's 2018 August issue — and we see the rapper all over Kylie's 'gram of course. However, the It cover has yet to put out their obligatory sexy, Internet-combusting couple shoot. Cardi B and Offset went to Rolling Stone. Justin and Hailey did Vogue. Lili Reinhart and Cole Sprouse did W. This week we find out that Kylie and Travis have chosen Playboy.

Kylie shared the first picture from the couple's upcoming remarkably subtle, stripped down shoot. For some reason, Travis is wearing jeans, while Kylie snuggles up to him nude and cowboyhatted in... an apple orchard? The luxurious garden of Kylie's Calabasas mansion? A Texas ranch? Likely the set is a play on the shoot's hometown theme: "When Houston meets LA."

It's not a totally new look for Kylie, who's often enjoyed stripping down for a shoot.

Since it's not Kylie's first rodeo, hopefully Playboy will put their talent to good use. It would be fun to see Travis nude and Kylie power-suited, as an inverse of their first editorial couple appearance. But that isn't really Playboy's thing. Hopefully, at very least, there'll be equal ass-bearing in the final spread, which Kylie promises is "coming soon..."