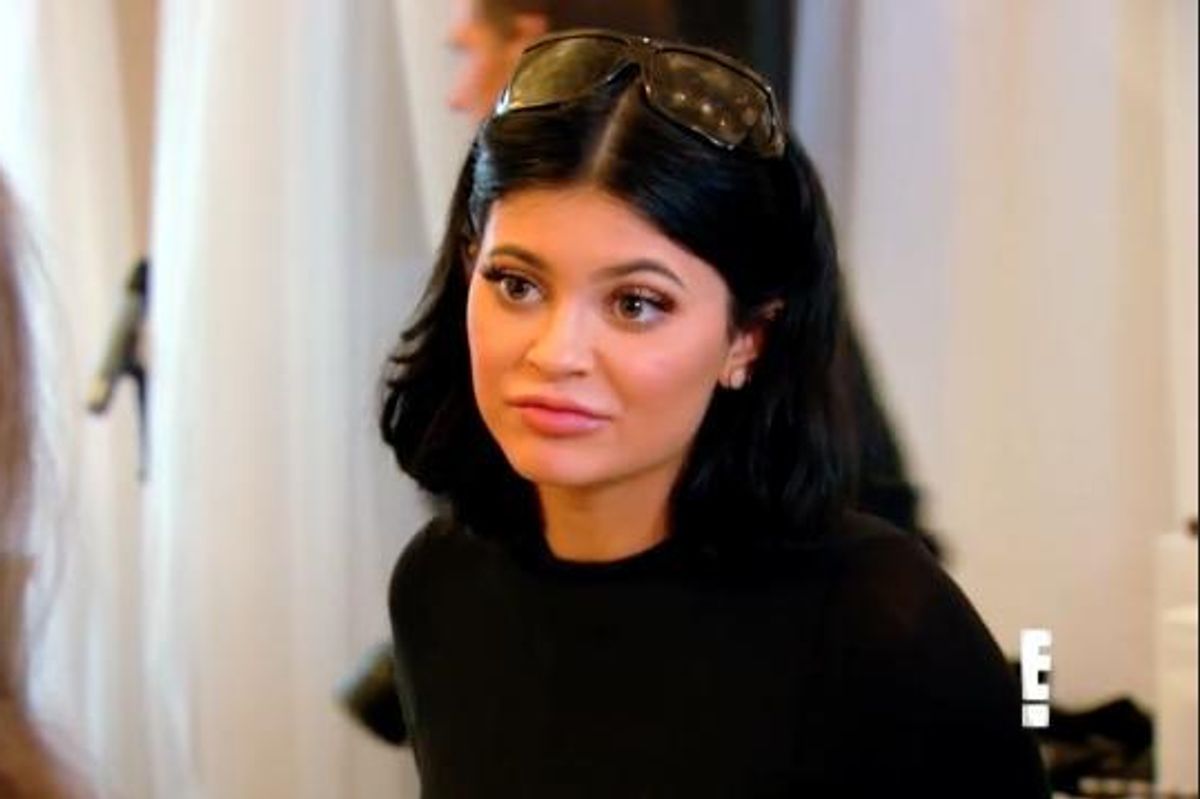 Kylie Jenner Thinks 30 Is Too Late To Have a Baby, So We Can All Go and Die Now.

Thirty - when you officially become an ancient crone

Eighteen year old Kylie Jenner thinks that thirty is " too late" to have a baby because teens have literally no conception of age or time.

A clip from this Sunday's upcoming episode of Keeping Up with the Kardashians shows the reality star with boyfriend Tyga and Caitlyn Jenner, to whom she poses the eternal question of women who want to Have It All: "What do you feel like is a good age to have kids?" Experienced woman of the world that she is, Kylie doesn't wait for a response, but supplies her own theory. The ideal age for having children is definitely twenty-five. Sixty-six year old Caitlyn, who waited to have kids until she was practically in her dotage at twenty-nine, suggests that perhaps young Kylie should wait until she is a wise and totally confident and established thirty-year-old.

"I feel like thirty is too late!" Kylie cries, no doubt imagining her decrepit, sagging, weary thirties body struggling mightily to push out an infant before crumbling into a pile of dust. Besides, Kylie only plans on having two kids --which she notes to Caitlyn that multiple psychics have corroborated to her.

So, go ahead and mark "Kylie's pregnancy" on your calendars for 2023, five years before she hits thirty and disappears into the ether.