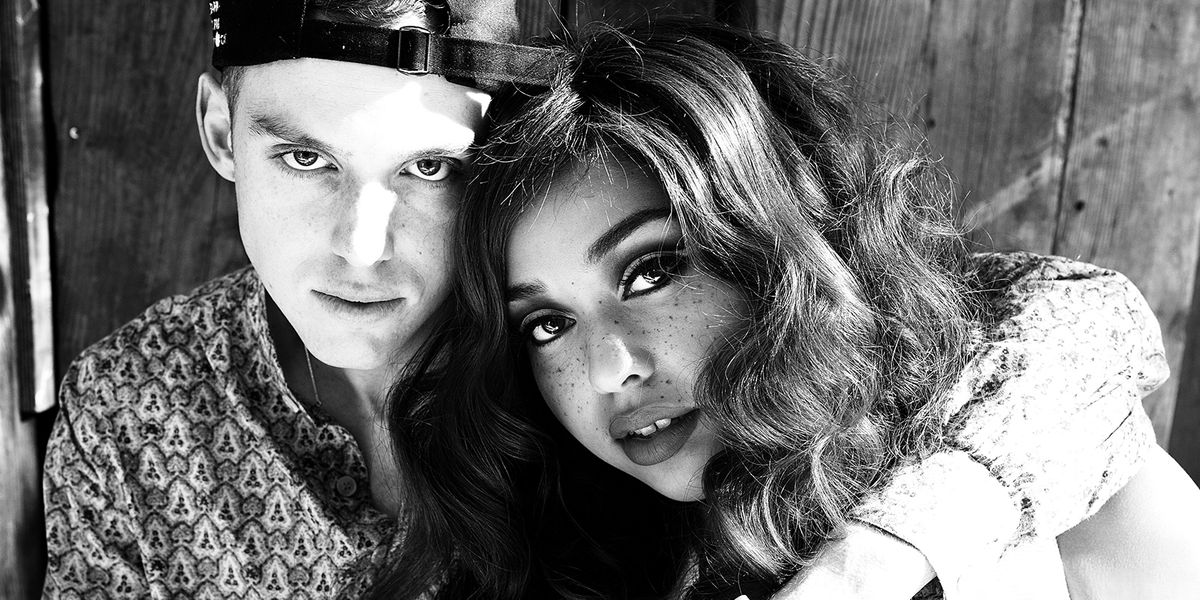 Get to know the faces you see on your feeds.

A cancer-surviving singer-songwriter, a model, a social media queen and a rising R&B star: meet four of Kylie's BFFs and get to know the faces you see on your feeds.

Harry Hudson @harryhudson is a New Jersey-born, LA-raised singer who wants to inspire you. Two years ago, Hudson's big break into the music biz was cruelly interrupted by a diagnosis of late-stage Hodgkin's Lymphoma. Rather than shrinking from the world, he used his story to give strength and hope to others by broadcasting his cancer battle over Instagram and Twitter. Last year, the cancer-free 21-year-old released The Treatment (A-Side), a collection of thoughtful, vibey pop songs written at various phases of his treatment. Currently, Hudson is recording an album of brand-new material. "I haven't been more excited about music in my life," he says. "It's a story of coming out of the darkness into the light." 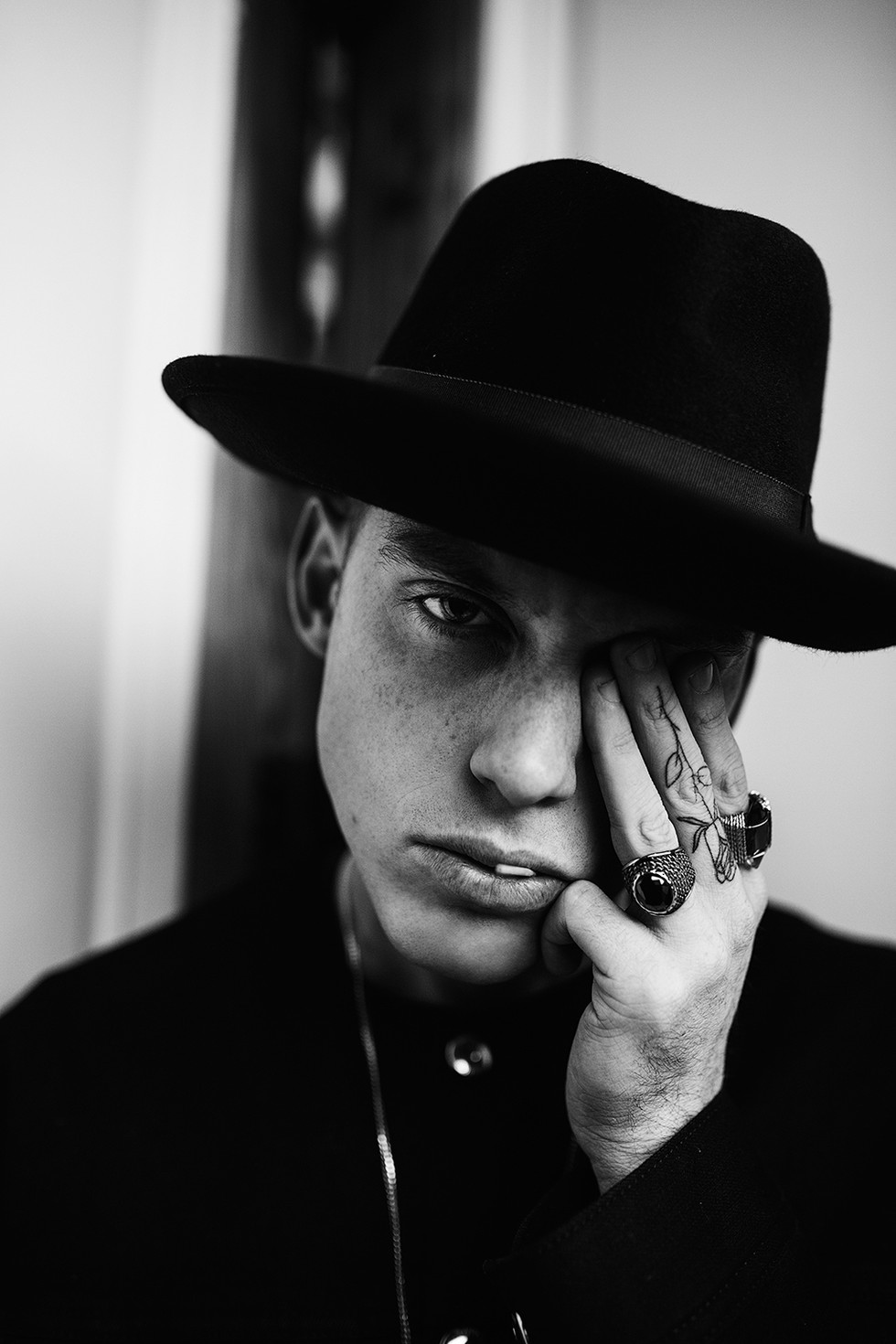 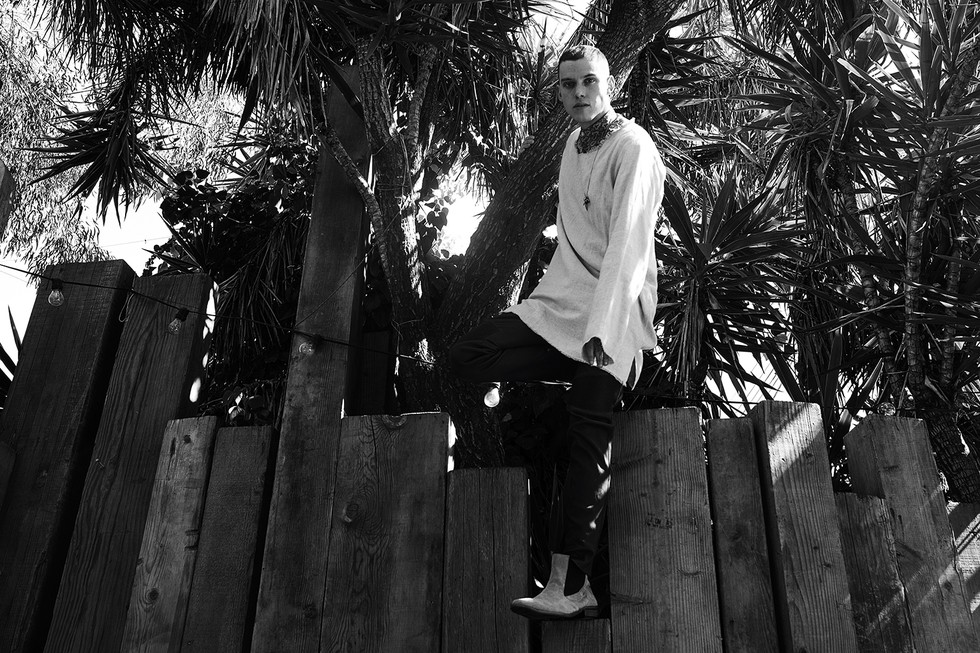 Harry wears a shirt by Saint Laurent (@ysl), an over shirt by Tzar, pants by Balmain (@balmain) and boots by Haq Otaru (@haq_otaru) 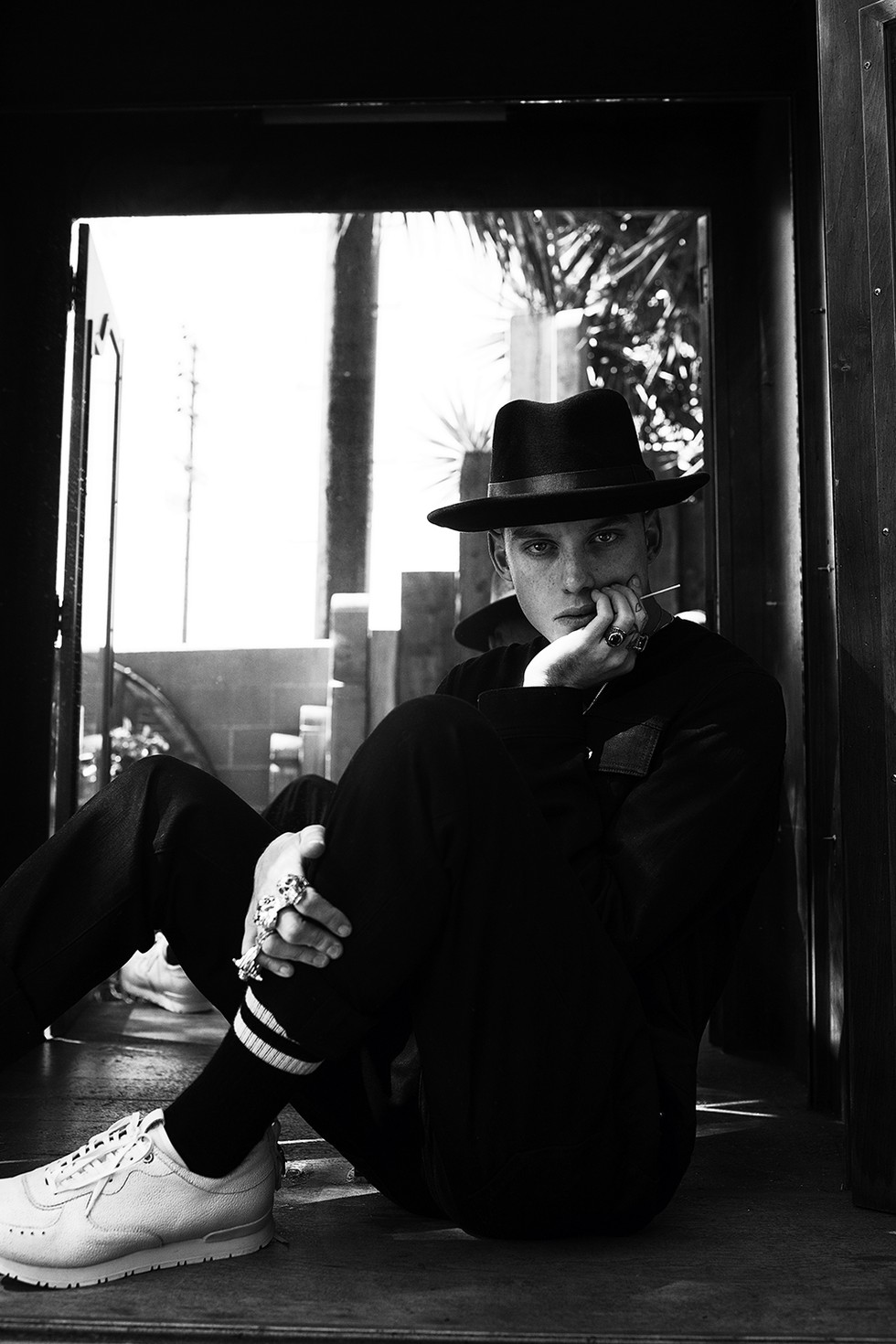 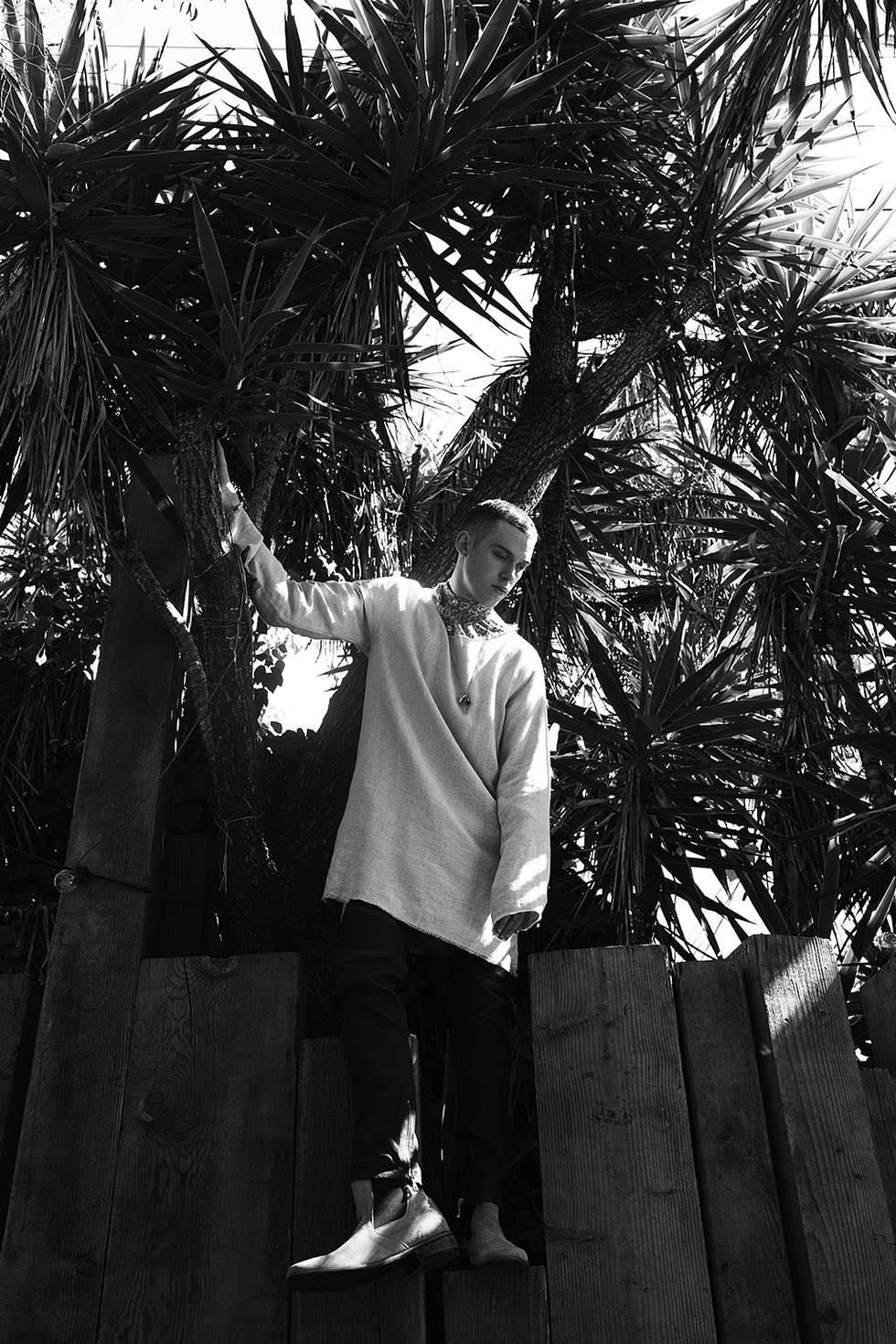 Previous Next
Harry wears a shirt by Saint Laurent (@ysl), an over shirt by Tzar, pants by Balmain (@balmain) and boots by Haq Otaru (@haq_otaru)

Curve model, body positivity advocate and former Kylie roommate Jordyn Woods @jordynwoods is not exactly a newcomer to the modeling game. This 18-year-old Angeleno was a child model for several years, but she didn't give the industry a second glance until Wilhelmina offered her a contract last November. Since she signed with the agency, Jordyn has split her time between the coasts, shooting editorials with the likes of Complex and Galore. She inspires her 890k Instagram followers as a body image role model. "I feel like the term 'plus size' is eventually going to fade," she says. "[Modeling] now is more about the message you can portray to the camera." 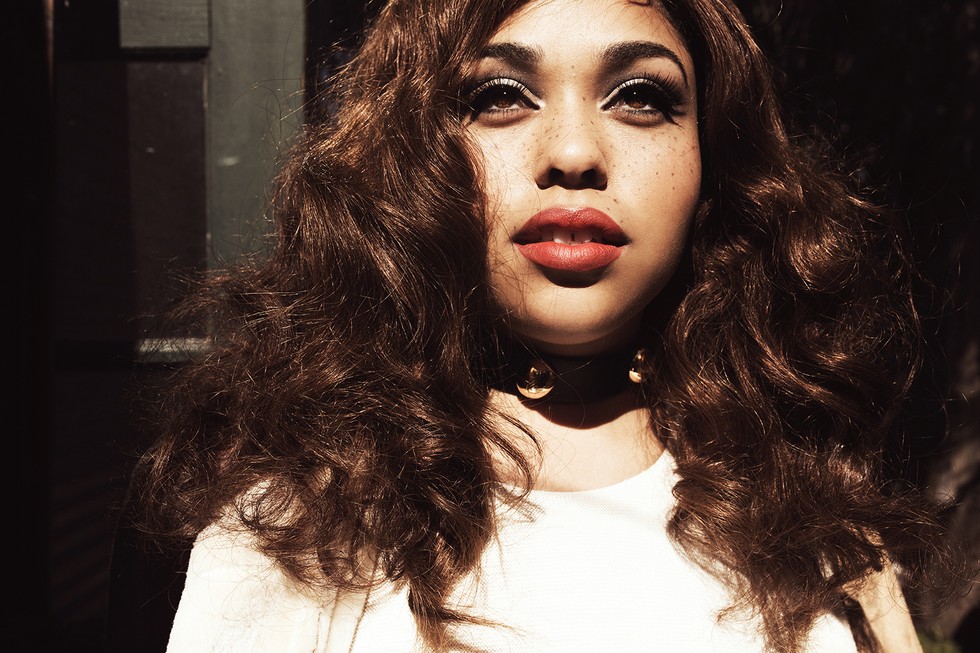 Previous Next
Jordyn wears a dress by Few Moda (@fewmoda), a jacket by Dolce & Gabbana (@dolcegabbana) and a choker by Melody Ehsani (@melodyehsani) 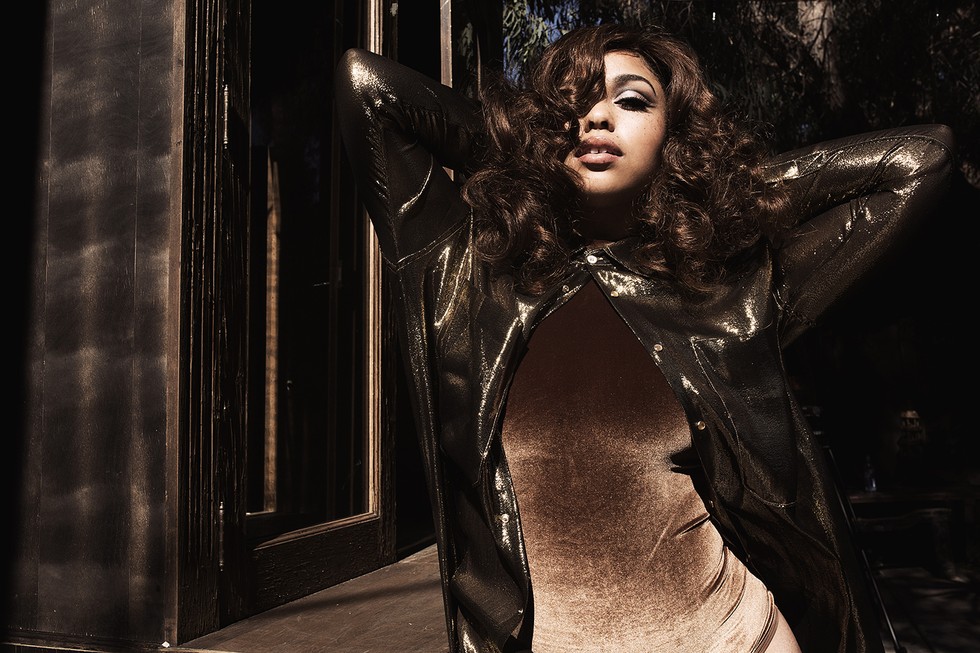 Jordyn wears a bodysuit by House of CB London (@houseofcb), a shirt dress by Faith Connection and shoes by Alejandro G 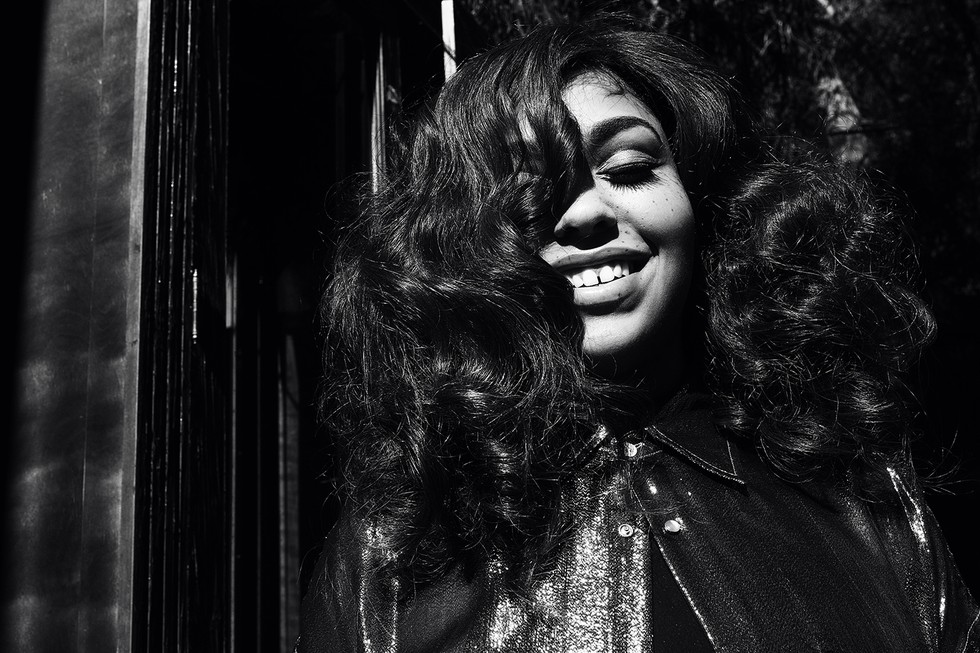 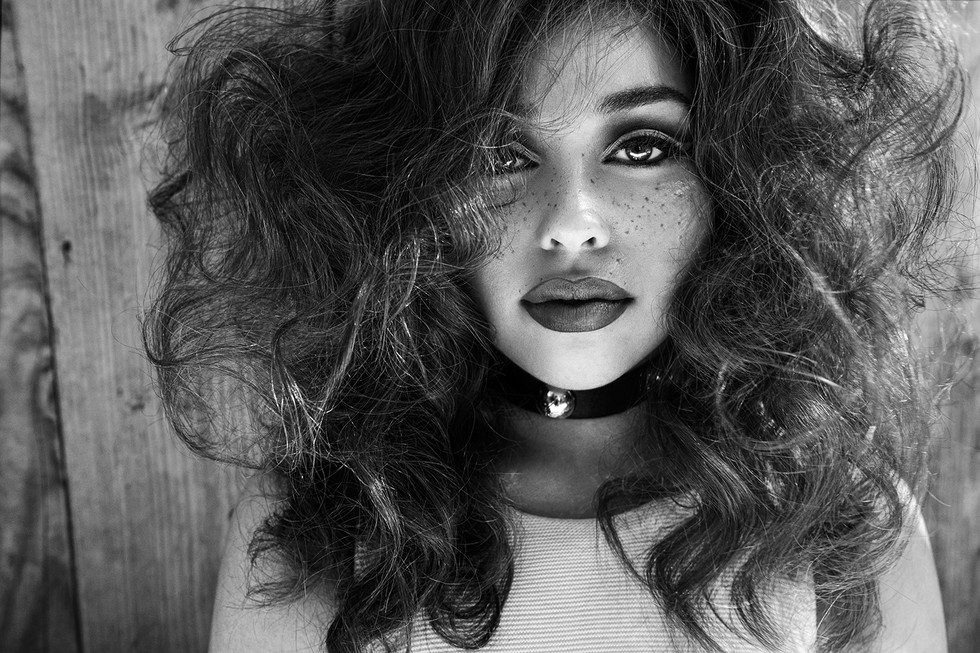 18-year-old Calabasas, CA, native Anastasia Karanikolaou -- or Stassi to her friends, and @stassiebaby to her millions of followers on Instagram, Snapchat and Twitter -- is one of Kylie's roommates and oldest friends. It's a rare day when they aren't spotted pouting, laughing, mouthing rap lyrics or goofing off in each other's feeds. "If we don't post a photo together for a week, everyone thinks there's some sort of drama," she explains. "But in reality, she's like my sister, and I don't think that will ever change." Stassi's next move? "YouTube channel." 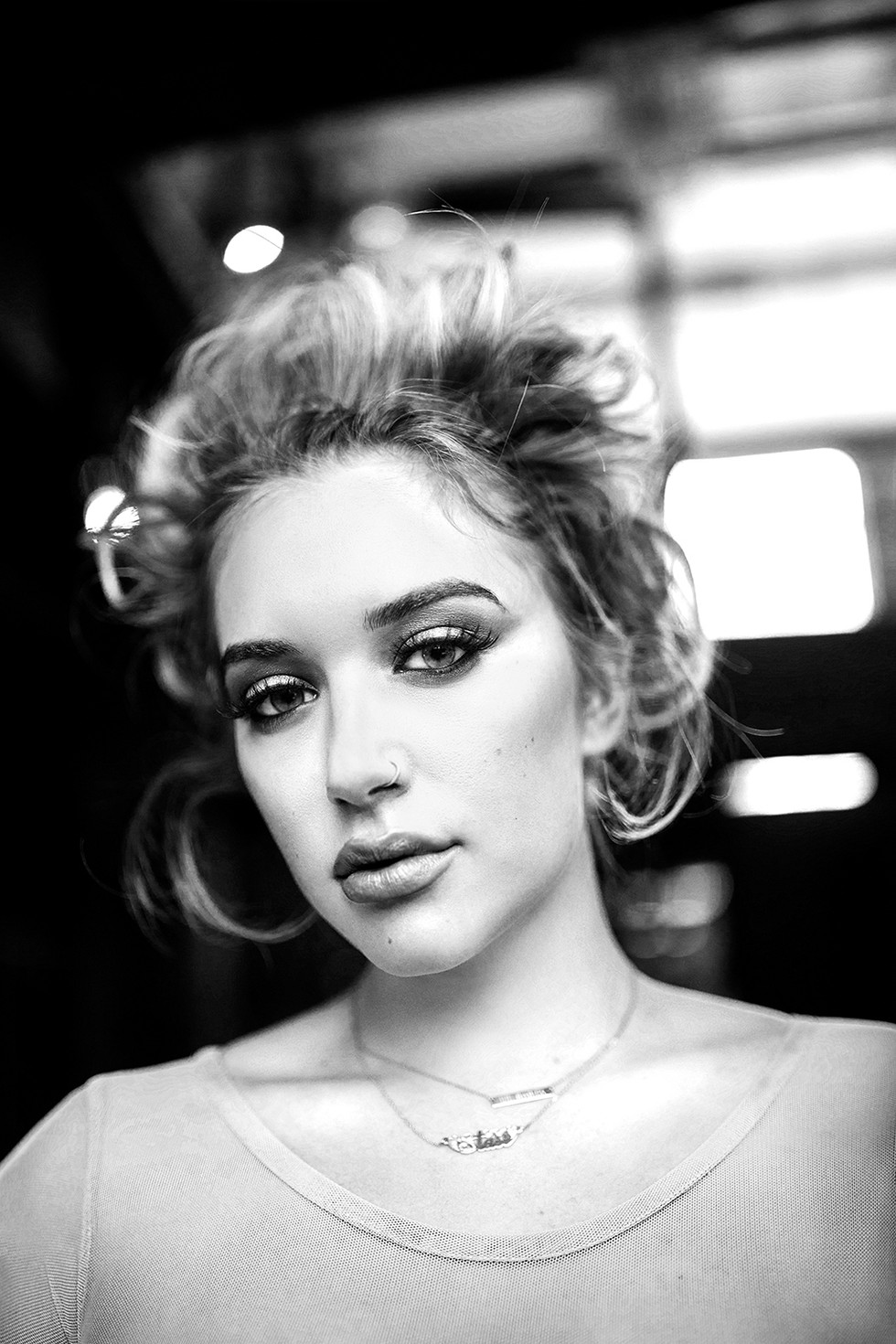 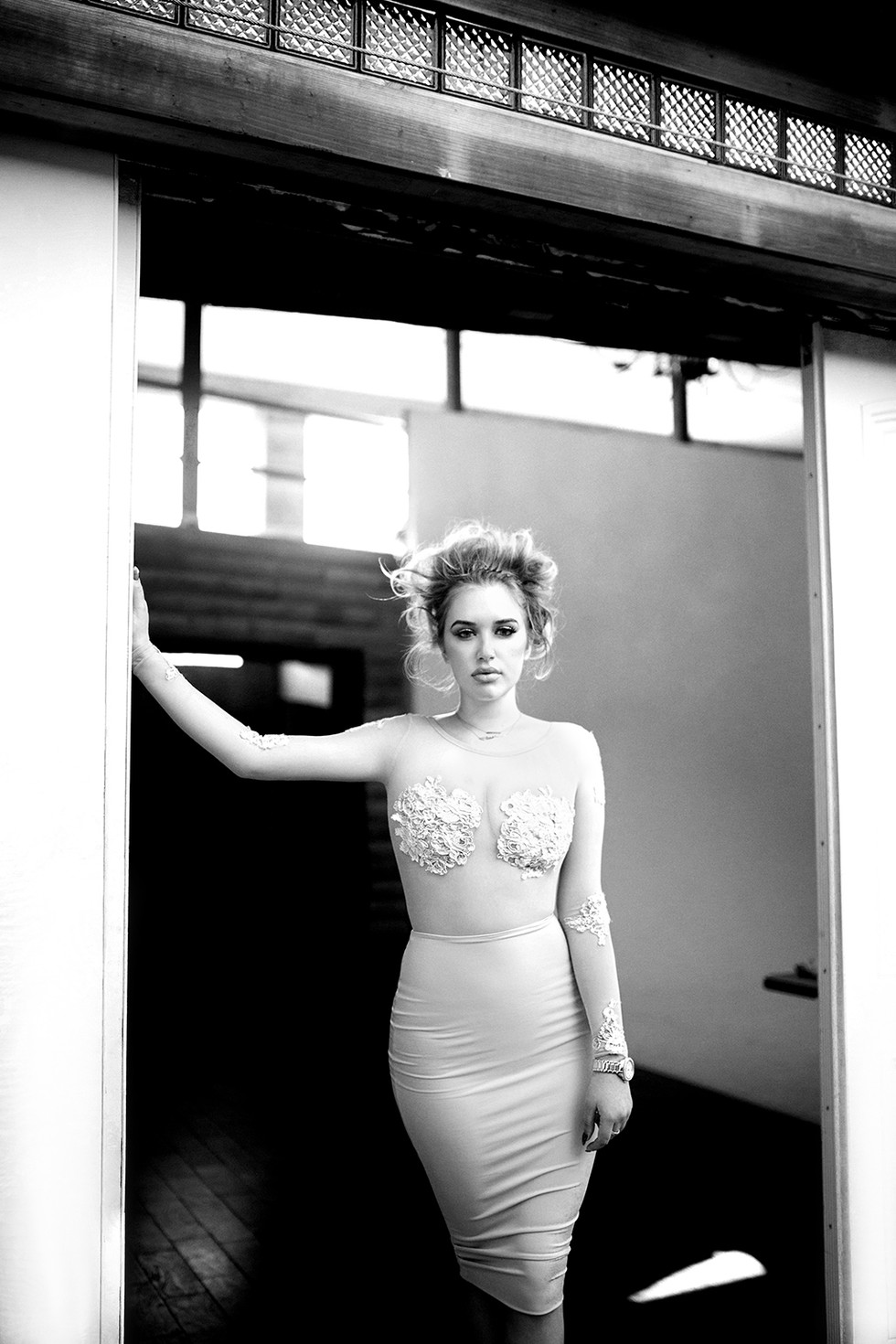 Stassi wears a bodysuit by Anglo Couture (@vickyanglo), a skirt by Nookie (@lovenookie) and shoes by Vero Cuoio 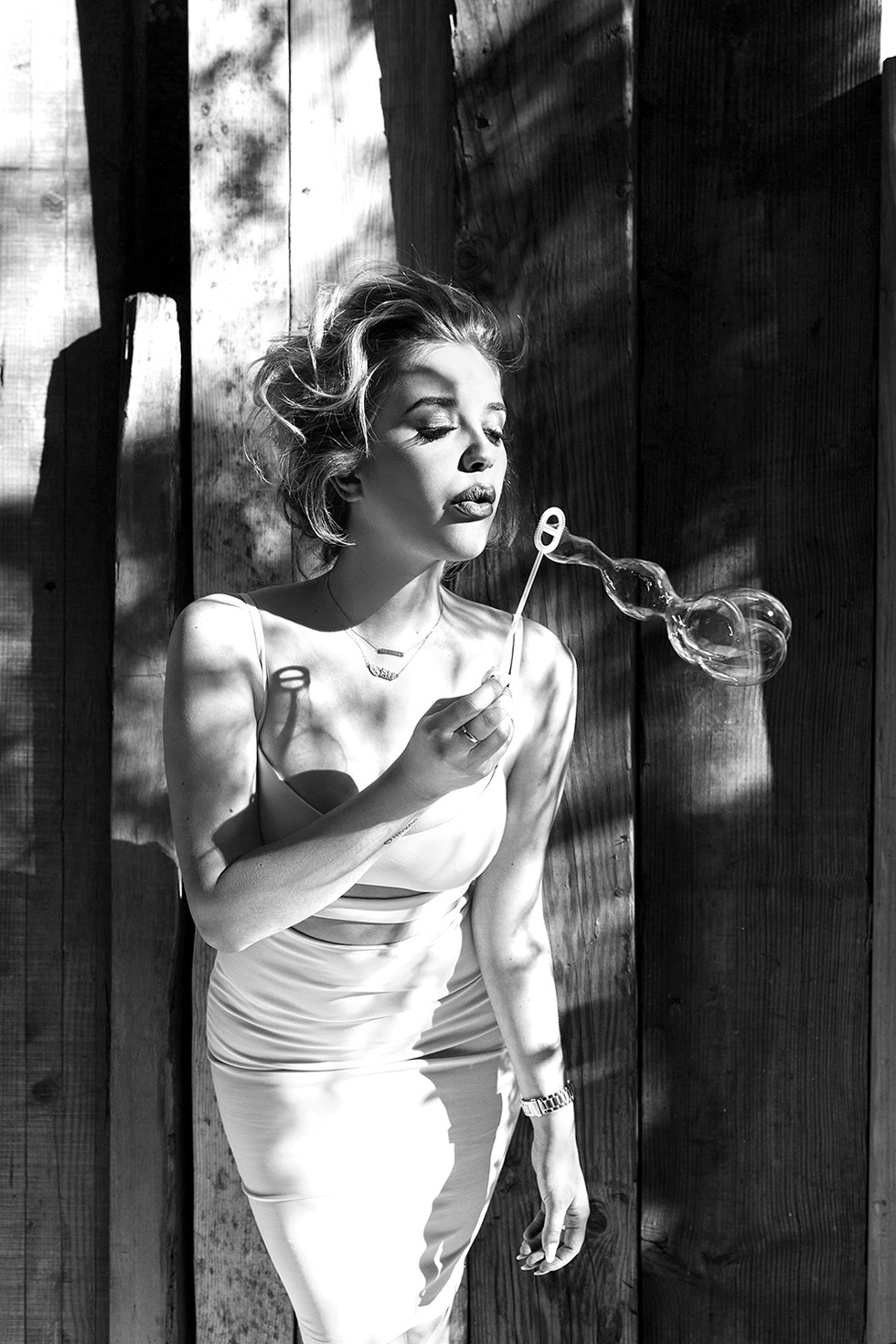 Stassi wears a dress by Nookie (@lovenookie), shoes by Vero Cuoio and a watch by Rolex (@rolex)

Justine Skye @justineskye, nicknamed The Purple Unicorn, is a purple-maned R&B ingenue whose killer style and silky singing voice earned her a massive following on Tumblr as a teen. Today, this 20-year-old has two EPs under her belt, including 2015's Emotionally Unavailable, and she has collaborated with Tyga, DJ Mustard and Vic Mensa. Born and raised in Brooklyn, Skye is out in California now, but the laid-back West Coast lifestyle has not slowed her down. "Right now I'm super, super focused," she says. "I'm writing in the studio every day, just grindin'." Expect big things. 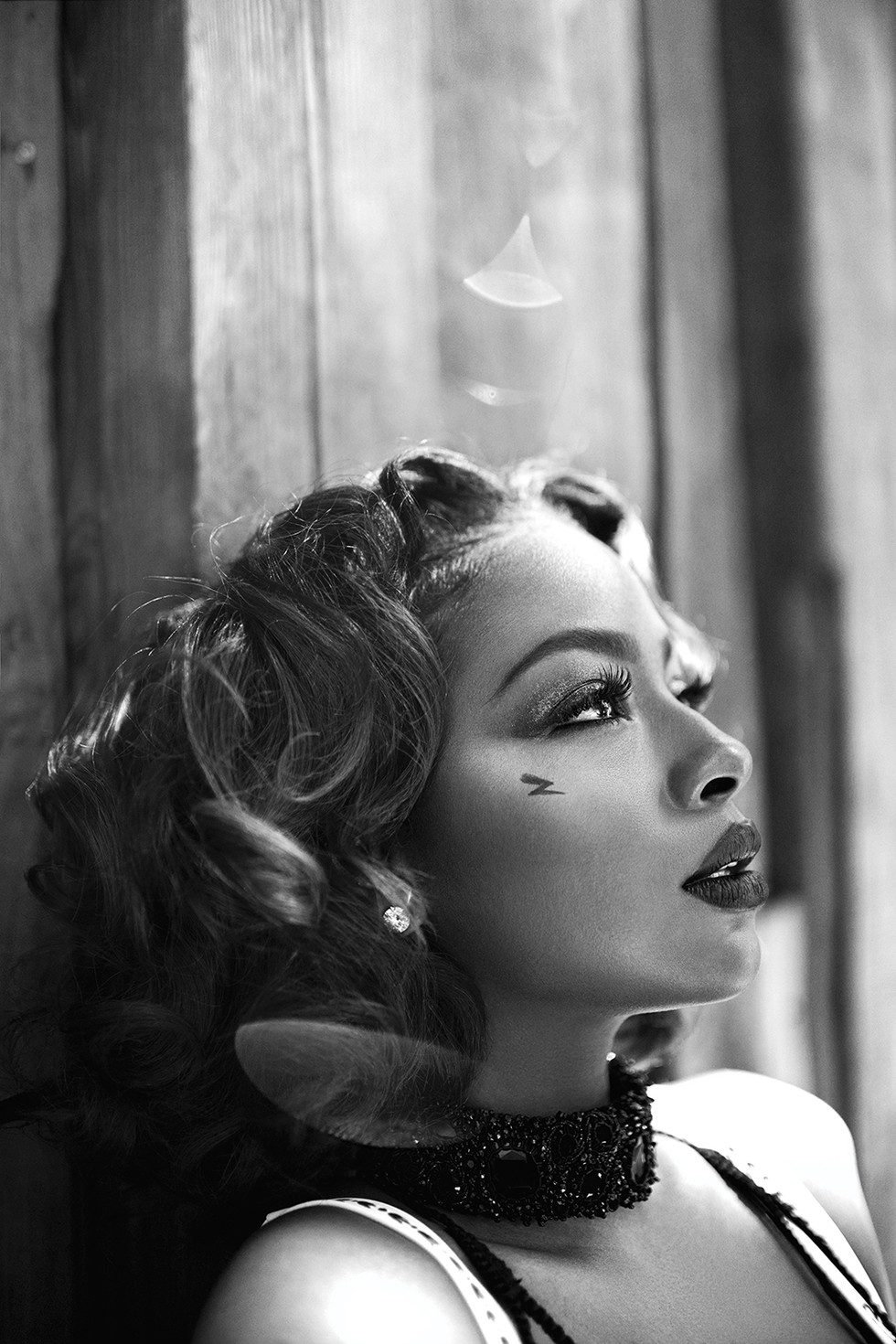 Justine wears a swimsuit by Vivienne Westwood (@viviennewestwoodofficial), a dress by B&S for Church Boutique (@churchboutique) and a choker by Azeeza (@azeezaofficial) 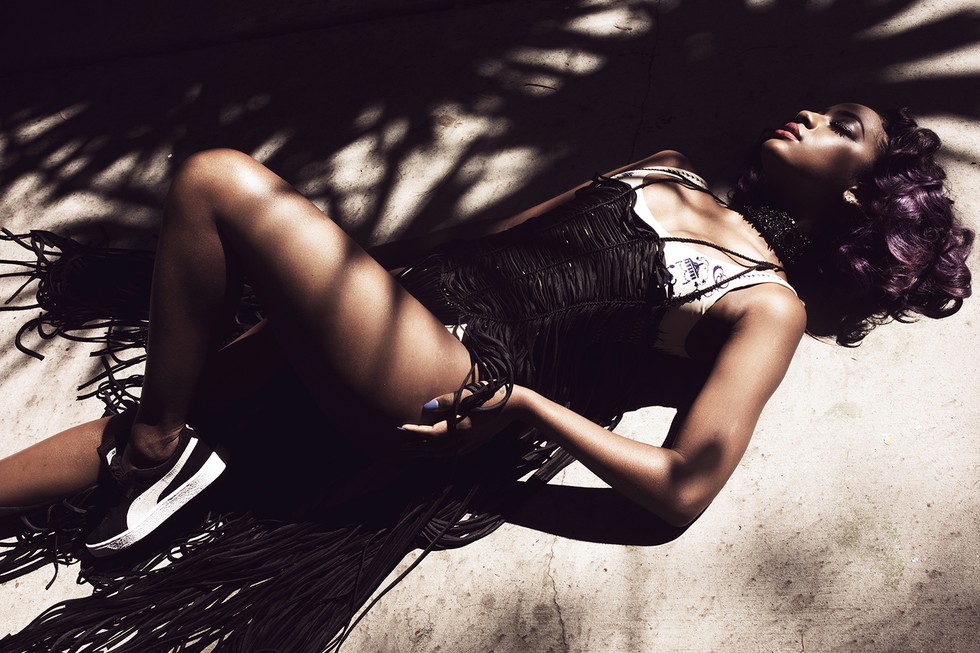 Justine wears a swimsuit by Vivienne Westwood (@viviennewestwoodofficial), a dress by B&S for Church Boutique (@churchboutique), sneakers by Puma (@puma) and a choker by Azeeza (@azeezaofficial)