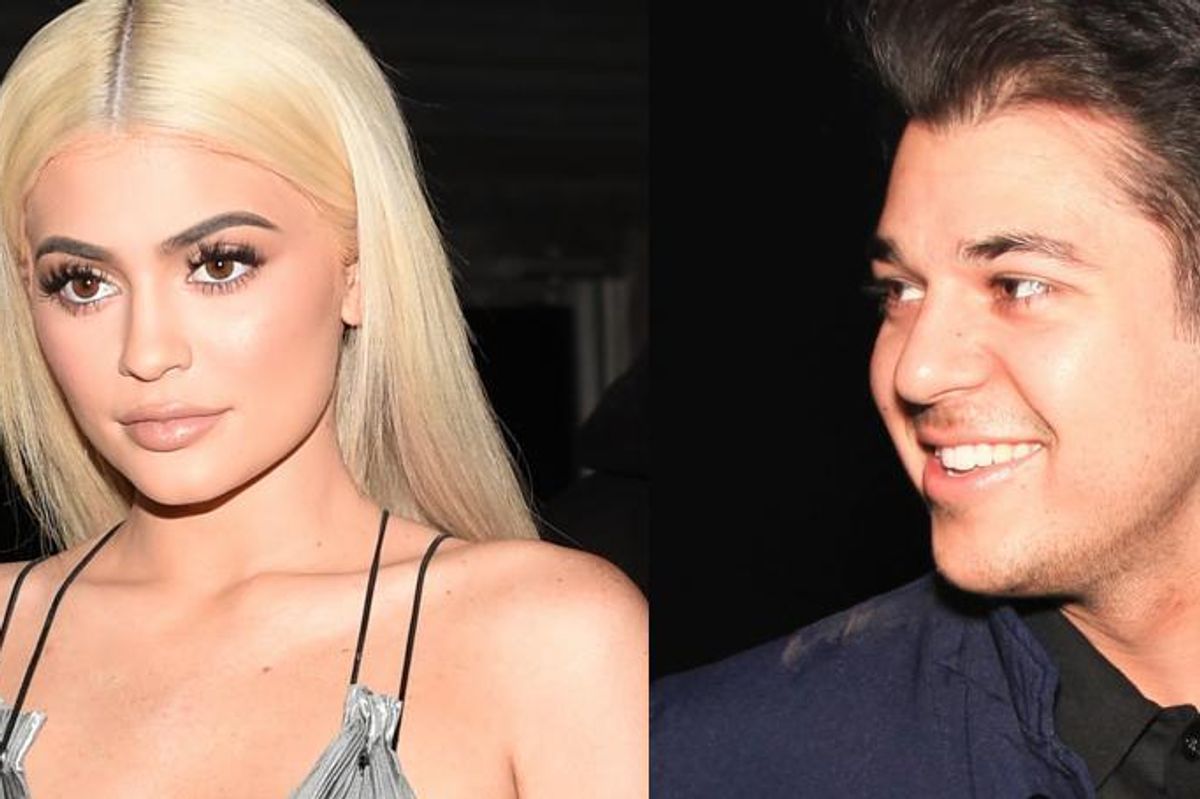 In a rather Dickensian twist, Kylie Jenner, 19, has become the official landlord for her older brother Rob, soon-to-be sister-in-law Blac Chyna and newborn niece dream. Yes, yes this is true.

Kylie has lent one of her Hidden Hills estates--ONE--to the newly-minted family, after they packed up and moved on out from their former Tarzana, CA dwellin. TMZ says Rob and Chyna wanted to be closer to Kris and Kim, as they embark on the traumatizing bliss of parenthood.

It's also "reported" that Rob is still negotiating lease agreements with Kylie, which just makes me want to curl into a ball and sick into the cold, wet soil beneath me.

Just this past weekend, Chyna shared this holiday-laden photo with her son King Cairo (who she co-parents with Tyga, her sister-in-law Kylie's romantic companion) outside the SIX BEDROOM HOME.

I imagine Kylie pulling up to the house in a tinted Escalade, rolling down the window as Rob walks gingerly up to it--her long manicured fingers gripping a cigarette.

"Kylie, I know...I just need another week, you'll have the whole rent then," Rob says, nervously.

The Escalade suddenly backs up over the bird fountain in the front driveway.

"What was that?" Kylie asks.