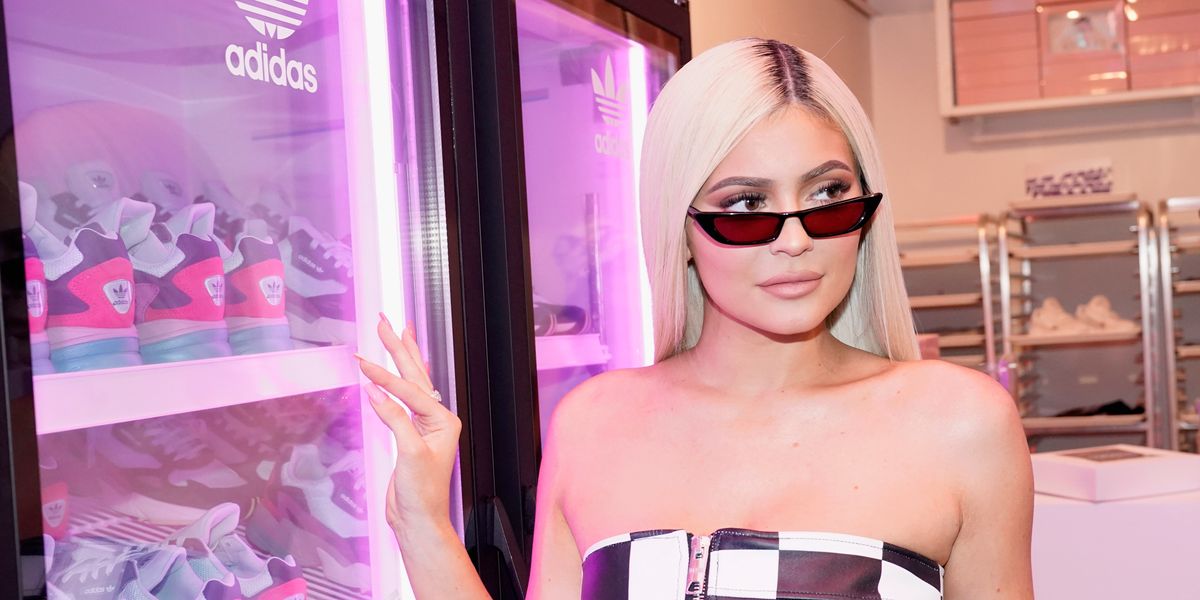 Entrepreneur, fashion model, influencer, and almost billionaire, Kylie Jenner is a woman constantly on the go. From Keeping Up With the Kardashians to running her multi-million dollar cosmetics empire, Jenner rarely has to time to run to the store for a things like an extra pair of socks or a tube of toothpaste, that's why she has other people that do that for her. But in this case, it turns out those people happens to be the widely popular personal courier app, Postmates.

In a grim reminder of corporate surveillance culture, Postmates recently spotlighted Jenner in their new blog series, The Receipt, which looks at celebrity spending habits (think Money Diaries meets-Lifestyles of the Rich and Famous) by using data collected through the app in an attempt to satisfy the public's voyeuristic curiosity. Right off the bat, Postmates reveals that Jenner is one of their most loyal customers ranking among the top percentile of users, averaging an order every other day over the course of the past year. Jenner even holds the unofficial record for most orders within the span of 10 minutes: four.

From there the details of Jenner's spending only get more strangely intimate as the blog post goes on to detail select orders from a cream cheese bagel the morning of her birthday to a combo of McNuggets, fries, and an Oreo McFlurry the week before the birth of Stormi. But just when you thought you could fully relate to Jenner, Postmates throws in a curve ball that the cosmetics mogul has dropped over $10,000 on the app over the course of last year with her most expensive purchase being a bottle of Don Julio Añejo 1942 Tequila.

Related | Kylie Jenner Makes Me Want to Become a Mom

Then there comes the mundane and the strange. A noted breakfast connoisseur, Jenner's favorite meal to Postmates herself consistently remains the day-starter with a bagel and cream cheese as her typical go-to fare. Otherwise Jenner mainly relies of the app to pick up the stray bottle of nail polish remover or macha latte to help her keep up with her already demanding schedule. But what we can't seem to make heads-or-tails of however, is why she ordered a bottle of Smartwater and a single carrot one time? There is definitely a story there yet to be told but perhaps some mysteries are better left unanswered.