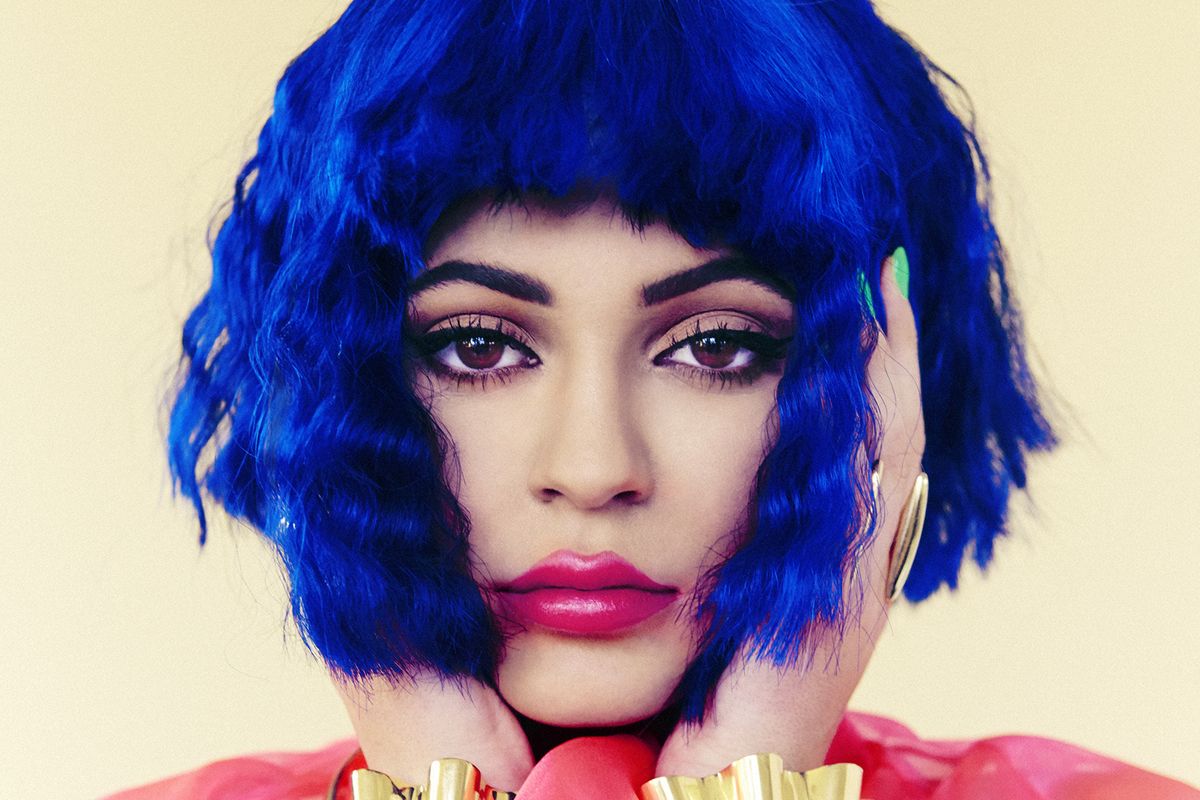 Next Jenneration: Kylie Jenner Talks Fame, Family and the Future

Read the cover story from our "YOUth" issue.

Kylie wears gloves by Agent Provocateur (@themissap) and a faux fur coat by Clio Peppiatt (@cliopeppiatt); in the splash photo, Kylie wears a top by Peter Hidalgo, a necklace and ring by Jovana Djuric (@jovanadjuricnyc) and cuffs by Arme De L'Amour (@armedelamour)

Whatever your thoughts about the Kardashian-Jenner family (you probably know ours -- #BreakTheInternet), even the most snot-nosed cynic would be hard-pressed to deny that they're a family of survivors. And not just survivors -- thrivers. Their beginnings don't need to be rehashed here but who among us could have predicted that Kim would be considered the sex-positive feminist icon she is today or that the patriarch of the family would become a powerful advocate for trans visibility and civil rights? Not to mention, that the family matriarch would prove to be one of the most expert businesswomen of the 21st century, creating an unprecedented multi-million-dollar business model that took an unforgiving gossip news cycle and used it to her advantage?

The youngest member of the family, Kylie Jenner, is no different. While it's easy for those of us on the outside to watch her on our screens -- she has over 55 million followers on Instagram, got 1.75 million downloads of her app the week it launched, and is one of the most viewed people on Snapchat -- and assume she's the girl who has it all, the 18-year-old global star is just as human as any of us. In the past, she's spoken candidly about suffering from anxiety and dealing with bullying, but rather than hide in the corner, Kylie's taken these experiences and found a way to triumph from them. Having felt insecure as a kid for having "small lips" -- and then, after using lipliner and temporary fillers, getting flack for making them bigger -- she's made this former source of insecurity the core of her brand and launched a burgeoning beauty business with her Kylie Lip Kits (which, as of press time, were all sold out on her site).

She's also launched an anti-bullying campaign on Instagram, sharing the stories of other young people who have dealt with harassment in their own lives. It's her connection with these fans -- particularly fans her own age -- that led Time Magazine to name her one of the 30 Most Influential Teens of 2015. Since she was 9 years old, she's shared her life (and literally grown up) with Generation Z, and it wouldn't be right to tell Kylie's story without including them. In that spirit, we've invited her fans (and a few of her famous friends) to contribute to our cover story by DMing us interview questions over Instagram. Below, Kylie answers some of our favorites.

@elijahmccoy: What is the biggest misconception you think people have about you?

@kyliejenner: Probably that I'm just super fake and that at 16/17, I got my full face reconstructed and that I only care about materialistic things.

@jasonwu: What do you day dream about?

@kyliejenner: I day dream about when I can get to a place in my life where I can be off the radar.

@kcoopy: If you could be any sister for 24 hours, who would you be?

@kyliejenner: I would probably be Kim just to try on all her clothes and go through her closet.

@googledimage: When was the last time you cried?

@kyliejenner: Um, I don't even remember. I think it was from happiness. I think I cried at one of my launches recently of my lip kits. I had had some issues before that and I was so happy that everything went so smoothly and I was just crying so hard with my mom.

@klgandhoda: What is the single most important thing you hope to accomplish with your life?

@papermagazine: You recently said that you thought having your first kid at 30 is "too late." Do you still feel that way?

@papermagazine: What does your family think of that since your sisters have been 30 or older when they had their first kid?

@kyliejenner: But they all wanted to have kids before. Kim was like, "I better have two kids before 30." She always said that.

@itsjeremyscott: One thing I admire about you is how you use Instagram to bring light to struggles that your followers have from diseases to rape. What inspired you to want to start doing this?

@kyliejenner: Growing up and being a young teen socialite comes with a lot of negativity and a lot of mean comments and online bullying and I turn to these people who have real issues and have overcome bullying and done something amazing with it and they really inspire me. They make me feel like, "Oh wow, they're going through something much bigger than I could ever imagine." It's just amazing how they stay positive and I wanted to share that with my fans and followers.

@papermagazine: Have you ever stayed in touch with or met any of the people whose stories you shared?

@kyliejenner: I have met a few of them. I actually met this girl, Lizzie [Velásquez]. She has a disease where she only weighs 60 lbs and she made a movie about her life. I went to her private screening and met her, which was really cool. She's amazing.

@guytonporter: What is your favorite book?

@kyliejenner: Probably the books that I loved the most and read the fastest were the Pretty Little Liars [series], if we're just talking about a fun one. I think that's what got me into reading and I read literally every single one so fast and that's all I talked about all the time. I'd be like, "They need to have a show or a movie!" And then they got a show and it was the happiest day of my life.

Kylie wears coat, bra and shorts by Marc Jacobs, a necklace by Fairchild Baldwin and a ring by Jovana Djuric

@sarahmarki: If you had to wear one outfit every day for the rest of your life, what would it be?

@kyliejenner: Black leggings, an oversized hoodie and a great pair of sneakers.

@jenatkinhair: How does it feel to be considered a worldwide style and beauty icon for generation Z?

@kyliejenner: It's really crazy. I never really think about it until I'll do a hair color and then I'll see all my fans in the same hair color. It's just crazy how much influence I have. It's cool.

@papermagazine: When was the first time you realized the level of influence you had on fans?

@kyliejenner: I think it all started with my lips when I would overline them. I didn't see one other girl wearing nude lipstick -- I didn't even care about the lipstick, I just wanted my lips to be bigger -- and then I started seeing a bunch of girls wearing nude lipstick. I was going to MAC and Sephora and I'd try to buy my lipstick and the girls working there would be like, "Kylie, everyone comes in asking what color you use. Everything's sold out -- I'm sorry!" They were like, "These people should be paying you! Everyone comes in and asks for your color." And then the Kylie Jenner makeup tutorials started coming and it became a big thing. I feel like that's when I really realized.